Open Edinburgh – a celebration of open source – was an event organised by Ritwik Sarkar, a 3rd year Computer Science with Management student, as part of his summer internship as the Open Source Web Development Community Champion with our team.

The goals of the event were to:

Planning and advertising the event

The key difficulties faced during the planning phases were trying to estimate the scale of the event and the interest it would generate and budget for it accordingly.

It also took a lot of effort to arrange the speakers for the latter half of the event as we wanted to include external speakers so that the event would have a wider perspective.

The event was marketed using as many channels possible, including but not limited to:

This resulted in a lot of student interest in the event and saw us get over 30 sign ups for the morning and over 50 for the afternoon.

The event took place on the 28th of September in Appleton tower and had two parts to it:

Our Wikimedian in residence, Ewan McAndrew agreed to help organise an editathon( an event where participants create/edit Wikipedia pages on a particular topic ).

The central theme of the editathon was “diversity amongst University of Edinburgh graduates” and the idea behind was being able to showcase the many different backgrounds of the graduates of the University and then give them the recognition that they deserve by creating/updating their Wikipedia pages.

This was a great success as we created 10 completely new Wikipedia pages and updated 16 other articles. This took place from 10am to 1pm and was followed by lunch.

The talks were as follows:

After these talks, attendees and speakers were offered refreshments and the opportunity to converse in a less formal atmosphere. 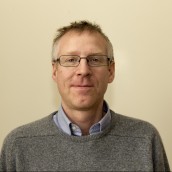 3 replies to “Open Edinburgh: Putting open source in your hands”