The big deal about Black Friday

Becca Coughlan, University of Edinburgh Economics and Politics graduate, and advocate of sustainable and ethical fashion, shares her thoughts on Black Friday.

For centuries, the adjective ‘black’ has been added to any day upon which a catastrophe occurs. Black Friday, which marks the start of the frenzied holiday shopping season, and is characterised by absurd discount sales that result in people panic-buying things they do not need and will likely soon discard, is thus very aptly named. This phenomenon of unconscious consumption, which originated in the twentieth century in the United States, now occurs throughout the world and spans (at minimum) four days, culminating in the biggest shopping day of the year, Cyber Monday. The irony that the Black Friday weekend starts the day after an American national holiday that purports to be about practising gratitude both for what you already have and for the non-material things in life, is, I’m sure, lost on no one.

Currently, our global consumption is such that we are depleting natural resources at a rate of 1.75 times faster than the planet can regenerate them – meaning we live as if we have 1.75 Earths. Environmental activist Vandana Shiva likens our participation in these production and consumption patterns to engaging in violence. Seeing the images upon images of plastic-filled oceans, raging forest fires, and crumbling ice shelves, you can see what she means. The way we are living puts us at war with the planet, and thus, with ourselves. If we are to have any chance of tackling the climate crisis within the eleven-year time frame we have been given, we need to learn to thrive within our planetary boundaries. This means collectively assessing and changing how, what, and why we consume. When better a time to start than today, a day that has become synonymous with excess, and even actual violence itself?

Growing up in Zimbabwe, I only really became aware of exactly what Black Friday was at university when I watched The True Cost. The film was as life-changing for me as it is for most everyone that sees it. Those apocalyptic scenes of shoppers seemingly ready to both kill or be killed in the name of a Sale will forever be imprinted in my memory. Perhaps surprisingly, rather than fill me with despair, those images inspire me. They serve as a reminder of the collective power of consumers, and the possibilities of changing the world for the better that can arise, and are arising, as we awaken the consciousness of that power.

“When we buy into seemingly good [Black Friday] deals, we send a message to brands that it’s ok for them to thoughtlessly produce, at the cost of people and planet, because we’ll help them get rid of their stockpiles as long as they’re discounted steeply.”

Harnessing the power of our money, we have the capability to change the message we send to brands, this weekend, and always. On that note, here are a few alternative, catastrophe-reducing ways to approach the Black Friday battiness: 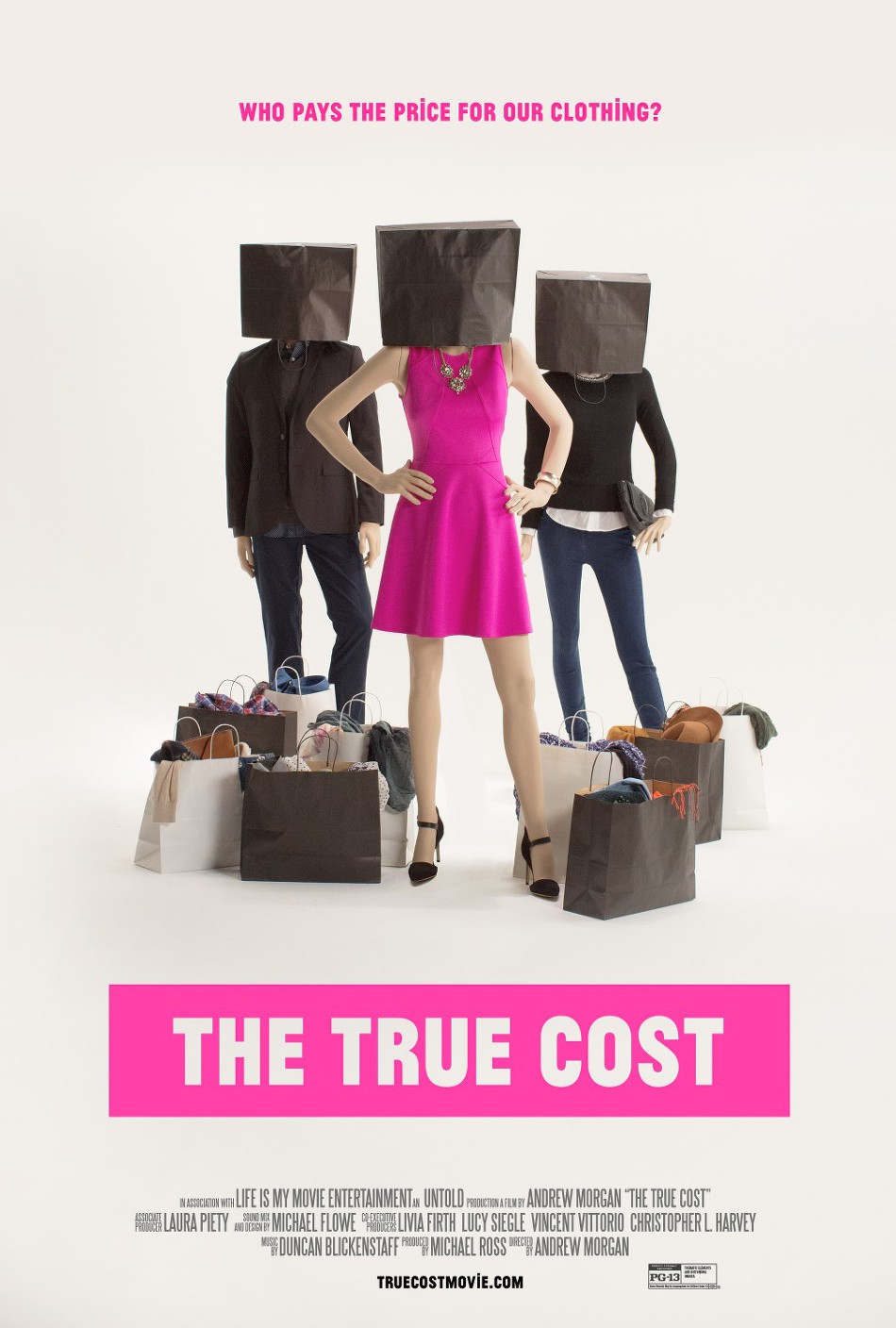 Alongside the growth and spread of Black Friday, has been the intensification of the pushback against it; with an increasing number of environmental and human rights organisations, and even brands and retailers, calling for total abstinence from shopping over the weekend altogether. By collectively not buying in (excuse the pun) to any of the sale events, we put pressure on brands and retailers to bring an end to the discount culture that drives overproduction and destroys the planet.

Instead, you can get involved in:

Giving Tuesday was created in 2012 as a response to the consumerism of the holiday season. Taking place on the Tuesday following Cyber Monday, it encourages people to give back to their communities by giving their time or money or lending their voice to a cause they care about.

MAKE SMTHING Week, which starts on Black Friday, aims to disrupt overconsumption and throwaway culture and their impacts on the climate by motivating people to mend or upcycle what they already own.

Write to your favourite brand(s) – hold them accountable for the social and environmental costs that come with the intensified production and consumption of the Black Friday weekend, and urge them to eschew discount culture going forward. Fashion Revolution has some really good templates that can be adapted for any product or industry.

Coincidence or not, the next Global Climate Strike of the year is happening on 29 November. What better way to resist the Black Friday narrative than to join millions of others around the globe in standing up for people and planet?

Harness the power of the global community through social media, by posting your healthy consumption habits or forms of activism.

Boycotting Black Friday is not a realistic option for everyone. Many people rely on, or take advantage of, the heavy discounts to buy things that they really need and might otherwise not be able to afford. Participating in the sale events and being a conscious consumer are not mutually exclusive. If you’re going to shop, try to:

Approach your shopping in the same way you should approach it at any other time of the year; with a plan. Going in with a definitive list of what you’re going to buy and a budget will reduce your risk of impulsively purchasing something you don’t really need, or won’t really use, and thus reduces the risk of waste. Additionally, if you can, brave the crowds and actually make your purchases in-store – this will minimise the carbon footprint of your items, and lessen the chance of you needing to return them. Returns (particularly clothing items) are very rarely resold and will likely just end up in landfill or being incinerated.

Reward the businesses and people that are genuinely doing good for people and planet!

We are certainly a long way off from being a society of enlightened shoppers united against materialism, but at the same time, we are right now all bearing witness to what happens when we underestimate the impact of our individual votes. Every penny we send out into the world is a choice we are making about the kind of existence we want to create. We have the power to shape the future through the products we buy and the companies we support. Let us choose conservation over catastrophe.

The big deal about Black Friday / Social Responsibility and Sustainability by blogadmin is licensed under a Creative Commons Attribution CC BY 3.0

How to have a sustainable Christmas