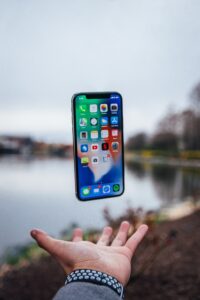 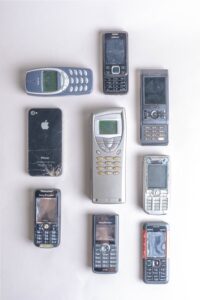 When I was a kid, I watched smartphone reviews as a hobby and I knew their specifications by heart, but still, my parents got me a cheap phone, far from the mythical creatures I contemplated at the shop and longed for. Now that I can spend more money, it took me almost a year since my phone started malfunctioning to make a choice and replace it.

I am not good at making choices, I must admit. When my cheap, low-end smartphone entered retirement age, I started looking for a replacement, but this time, I wanted to get a fair and sustainable device that lasted for a long time, far from the planned obsolescence world.

I had known of Fairphone for a while, a brand that has modularity, fairness, and sustainability as its selling points. The device does not have any of the magic, slimness, and beauty of other brands, but it promises peace of mind, reparability, and the feeling of community, of fighting the status quo.

Buying a Fairphone is sometimes described as an act of long-lasting activism (Proske and Jaeger-Erben, 2019) and has a lot to do with identity, but I was not sure it was the best option (if that even exists). I was annoyed that the only fair option was buying a new phone: new materials, shipping of components from all around the world. Even though Fairphone has a semi-transparent value chain, it is still a very disperse one.

I wanted to compare, to find alternatives and I started researching. I found materials and production were responsible for around 69% of the global warming potential of a smartphone along its life cycle (Moberg et al., 2014), this is, for a standard phone, but I don’t believe Fairphone is too far from it.

Along the process, I felt lonely. Most of my friends and family told me to “just get whatever” and to “not overthink it”, “you are not going to change the world”, they said. But it had become a challenge: I had broken the enchantment of new shiny phones, I no longer thought of them as desirable items but rather as tools that had to do a job.

I knew the risk of falling into the game of a slightly better camera (which I would not be making the most of) or an enhanced gaming experience (when the only thing I play is sudokus), a more friendly user interface. This was made patent when I adventured myself into a phone shop: I almost got convinced to purchase an iPhone because it suited my needs best, and then got offered a phone that was double my initial budget because the others lagged when performing large tasks. I felt ashamed of my old broken phone, I felt small.

I went home and continued researching. I started thinking of circular economy: if phone materials were recovered and recycled, the impact of phone manufacturing would be reduced (Sinha et al., 2016). But, unlike the clothing (Thatta and Polisetty, 2020) and car industry (Belk, 2014), where brands have realised the savings potential of leasing and recovering products to reuse materials at the end of client use, there is no such market for phones. 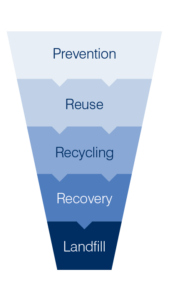 I then started thinking of second-hand: reusing goes before recycling in the waste hierarchy, so I decided to ask around for experiences on second-hand purchases. Some friends had bought refurbished iPhones and complained about battery levels and the ever-shrinking storage space after the endless and compulsory Apple updates.

Others complained about software obsolescence: 2-year-old phones are dead for brands, and they do not receive any OS or security updates (Barros and Dimla, 2021), moreover, those updates slow phones down, with some arguing they do so deliberately (Gibbs, 2018).

Even if a phone is designed to physically last, it also requires periodical software upgrades which, in turn, require a thoughtful design for future compatibility. This is hard to do in an industry where secrecy is the order of the day and Google has the monopoly of the Android OS that most phones run (except for iPhones).

I was confused. I have tried to separate my needs from the desires imposed on me by a quick consumerist society, I have tried to run against the tide, and I have come to my own imperfect solution. A solution that best fits my own situation.

Coming to a decision

I bought a phone yesterday; it was a refurbished phone from an online platform that links buyers and refurbishers. A small messaged popped up after my purchase:

I know they are also playing the game; they target two rising (and sometimes contradictory) markets: environmentally conscious consumers and low-budget purchasers that are seeking an upgrade. The refurbished market targets people enchanted by iPhones but not able to afford a new one. It targets those unable to get a new phone every year, allowing a cheap route to constant renovation.

This is the result of early returns, of consumers not using products for as long as they last, of our need to open pristine boxes and be the sole owners of an item that has become essential while also having way too many unused features in most cases.

I’m happy. I will support Fairphone when I can afford to. I will support modularity, upgradability, sustainability, and justice. I will share on social media; I will keep demanding a fairer phone industry. I will speak up. But for now, I have saved 190g of electronic waste and I learnt about how to make decisions.

190g of electronic waste prevented / Social Responsibility and Sustainability by blogadmin is licensed under a Creative Commons Attribution CC BY 3.0

Hedgehog rescue at the Edinburgh BioQuarter