Lan Wang reports back from the 24th annual Conference of the Parties (COP), a meeting of the United Nations Framework Convention on Climate Change to address climate change globally.

Lan Wang joined the Centre for Business and Climate Change (CBCC) at the University of Edinburgh for an MSc in Carbon Finance in 2012 and is currently studying for a PhD in Linkage of Carbon Markets in CBCC since 2014. From 2012, Lan participated in several environmental research projects funded by the World Bank and government. With an educational background and working experiences in Finance and Economics, her interests are in Carbon Markets, Green Finance and Climate Economics.

“When I first read about international conflict resolution, I could have never imagined that it would be so complex and difficult in reality.” Lan, before visiting COP24.

What were our roles at the COP? 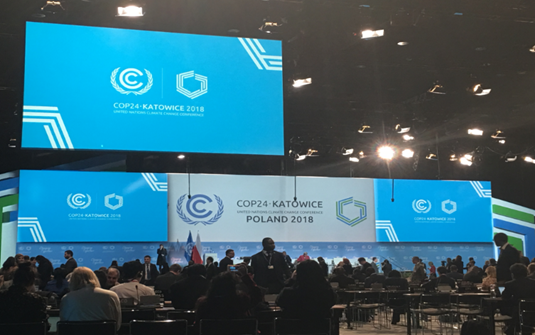 The part of the COP I was most keen to observe was the process of negotiations between different countries. However, I often felt frustrated that as an observer, we could not access media rooms or closed meetings and there was often no broadcast for the live negotiations, so we didn’t really know what was going on behind the scenes.

The only events we were able to attend were side events, plenary sessions, talks in the pavilion areas and exhibitions. It was confusing to understand the roles observers were meant to play in the first two days, as it was very difficult for us to observe any updated negotiation results or learn what obstacles the negotiations faced. The second week of COP mainly included discussions about The Rulebook, climate financing and international cooperation under Paris Agreement Article 6.  We barely observed anything about the IPCC’s report of 1.5 degrees, which I had expected would be a big theme for the conference. 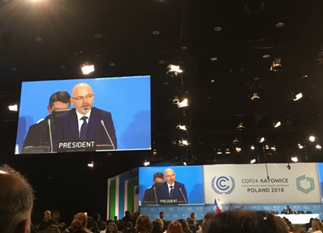 On the first day of week 2, the President of COP24 gave a speech to encourage governmental delegations to agree as efficiently as possible the wording of The Rulebook.  The process went slowly. The President asked the representatives to give brief explanations for the negotiation process. 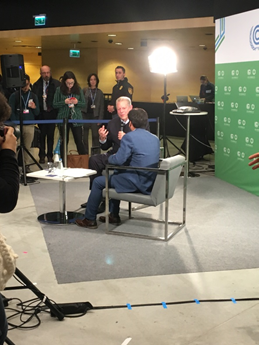 We observed there were different groups of stakeholders: delegates for the countries, industries, institutions/associations and environmental NGOs. Whenever talks focused upon the topics of coal, oil or the United States, they were very popular.

In the fourth day of week 2 in COP24, the former Vice President of United States, Al Gore, said in an interview, “Coal is very dangerous. The new generation is demanding a good quality of environment. When we are facing a yes or no choice, we will finally go to yes.”

How many people care about climate change right now?

From the COP24, it is obvious to see how important a policy decision is to each individual country, as it can affect them each differently. Effective climate policies incentivise low-carbon investments which are so crucial to roll out at speed, in light of the new 1.5 degree report. It was a positive sign that the whole supply chain, from developing to developed countries, seemed to care about emissions from production. However, there are still gaps in technology’s research and development, in the energy transition from coal, oil to gas or renewable energies and in financing these developments across the globe. The term ‘Just Transition’ was frequently mentioned in the talks, as it is necessary for developing sustainable economic growth models along with environmental effectiveness for developing nations.

What happened in vulnerable countries, are the same things going to happen in other countries?

It appeared that the least developed countries, who are the most vulnerable to climate change, were eager to seek help from other countries; including funding and capacity building. However, most of these countries have the lowest value of land. This posed the question, how can they attract investors and access the green funds they so desperately need? I found it shocking to see the reality for the areas with loss and damages as a result of climate change. In the talks about evaluations of mitigation options, representatives from countries asked whether it was appropriate to use economic models to value species extinctions or human lives lost in climate change. 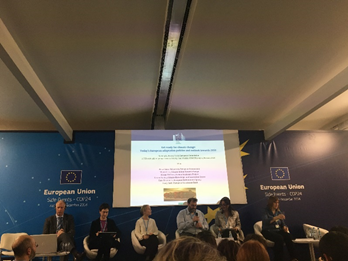 In the talks in the European Union (EU) pavilion, we learnt that the EU are going to face losses of millions of Euros as a result of climate change every year.  The EU Commission has communicated with vulnerable countries exchanging adaptation experiences. 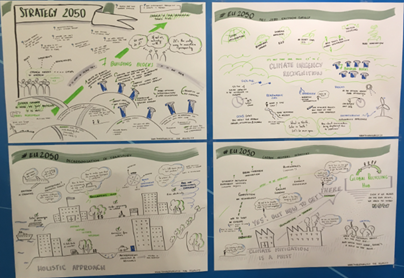 Each talk in the EU pavilion constructed a 2050 strategy for pathways with brainstorms from different experts in governments, industries or representatives of public communities.

COP24 provided a good opportunity to critically think about the knowledge I already had before, in terms of climate change. For example, in the climate policies or carbon market, nuclear is not recognized as a renewable energy source, as this technology could generate more wastewater. 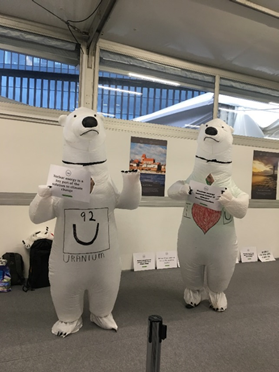 In the COP, some people argued that we could not simply say that nuclear should be reduced or directly judged nuclear is not good just based on what the other people said.  They provided some examples in the exhibitions to show that the Uranium products/innovations to persuade people reconsidering about it.

In addition, in a talk for NDC (National Determined Contributions) measurement, Japanese representatives showed data for the audience that nuclear technology has so far contributed almost 50% of emission reductions in the past years. Meanwhile, because Japan does not have crude oil, I felt it would be fair to allow Japan to include nuclear as technology for the NDC measurement.  Further, I think it would be fair to allow nations with different sets of challenges and opportunities to be allowed some flexibility in the NDC plans, as long as those contributions reduce emissions overall i.e. to be able to include nuclear power as part of their renewable energy mix.

What can we do?

In the beginning of the COP, I felt frustrated because I could not observe what I really wanted to gain from the conference. However, when I attended some events and talked to other people, I realised I could still gain a lot and start to rethink what I knew about climate change.

After the COP, I asked myself, as a consumer, did I notice the green label for low-carbon on the products in the supermarket? As a researcher in a University, I started to think what we could do for combatting climate change. I think I am going to rethink my behaviour to support low-carbon developments, including reading some instructions from my energy provider to see whether there are renewable energy options in their portfolio and I will start using a smart meter in the property to reduce my energy footprint. 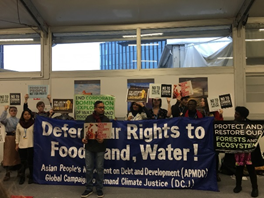 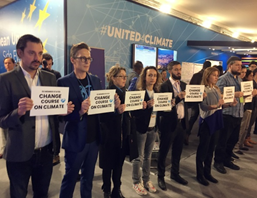 A valuable and fun experience 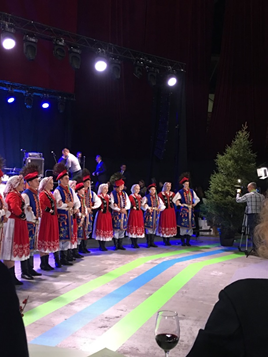 We had great time at the COP in Poland. We met a lot of University of Edinburgh alumni from around the world that are doing similar things for low-carbon developments.

After the Mayor of Katowice gave a short talk, there was a performance of a traditional Polish dance and it was a chance for everyone in the COP to relax and unwind.

A Professor from a Korean University we met in the COP, who graduated from the Law School at the University of Edinburgh in 1990s.

Lan Wang: Reflections from COP24 / Social Responsibility and Sustainability by blogadmin is licensed under a Creative Commons Attribution CC BY 3.0

The Edinburgh academics supporting the Youth Strikes for Climate