Time for change: transitioning to a zero carbon economy

Projects Coordinator for Energy, Aisling O’Reilly, discusses the necessity of transitioning to renewables and the societal changes required to become zero carbon.

Energy in a carbon neutral Scotland

It’s official, the UK has declared a climate emergency. The first country in the world to do so. And so begins our journey into unchartered territory, past the “quick wins” and “green-washing” and into the meaningful actions that will save the planet. Without a doubt, this emergency will change our lives, because that’s what is needed. The way we live, work and travel will be revolutionised. It’s a huge challenge that lies ahead, but with 7.7 billion people and counting, the environmental pressure on the planet is growing, and the cracks are beginning to show. So, we need to be cleaner, greener and more efficient than ever before.

In December last year, the latest IPCC Report outlined the science and the facts of climate change. It was a stark warning from scientists that we’re in trouble, big trouble. Yet for some, it fell on deaf ears. Something to take note of before going back to business as usual. However, that soon changed.

Some would say that the people’s climate movement started with Greta Thunberg. A 16-year-old Swedish activist, who began her first school strike against climate change in August last year. Since then, she’s been joined by millions of other school children across the world, under the banner of #FridaysForFuture. Unfiltered and honest, there was no doubt in these kids’ minds of the challenge ahead:

“I believe there’s no point of us getting an education and planning for the future if there is going to be no future.”

“They’re messing up our future and we’re the ones who are going to have to clean it up, so I think it’s important that we come and tell them about it.

Then there was Extinction Rebellion and a chance for the adults to have their say. Through their non-violent civil disobedience, Extinction Rebellion brought the issue of climate change to the front page of newspapers, prime time news and your social media newsfeeds. Whether you agree with their methods or not, they achieved what they set out to. On the 1st of May, the UK became the first country in the world to declare a climate emergency.

To achieve carbon neutrality, many things will have to change. One of those things is our energy. Despite an overall reduction in greenhouse gases in the UK, the vast majority of our energy still comes from fossil fuels. This needs to stop. Instead, we must leave fossil fuels in the ground and invest in renewables, heavily. That means putting money behind tried and tested technologies such as wind and solar, giving the industry the support it needs to grow and compete in a fossil-fuelled energy market. Renewable incentives need to be boosted, not slashed and government policy needs to be unwavering in its support of green technologies.

To balance the carbon budget, much more than a switch to renewables is required. We live in a society based on growth, with intensive agricultural practices, heavy industry and ever-increasing air traffic. If we cannot curb these industries, then we must offset them. Tree-planting, particularly in Scotland, has the potential to store carbon while providing much-needed habitats for our native species. Peatlands – once protected or restored, are another valuable carbon sink.

If decisive action had been taken on the solutions above, decades ago, when climate change was identified as a problem, we could have avoided an emergency. Now, with urgent action required in 12 years, we need to look beyond the quick wins and easy options. There’s a desperate need for innovation. We need to push the boundaries of what we know about battery storage, hydrogen, smart grids and carbon capture technologies. A shift change is needed to push these technologies from the novelty to the norm.

There’s no shortage of examples:

The University of Edinburgh will achieve carbon neutrality by 2040, five years ahead of Scotland’s renewed target. However, the same challenges apply. The University will need to transform into one that is highly efficient, where innovation and leadership are fostered, despite the risks. We’ve taken serious steps to reduce our CO2 emissions so far. Most recently, we’ve planned solar projects for our Easter Bush campus, including a solar farm. We’re also raising the energy efficiency standard for our new buildings on campus, ensuring that they’re not only efficient in design, but also in practice.

Carbon neutrality won’t be an easy path, but with 50,000 staff and students at the University, we have a significant footprint and a role to play in Scotland’s future. The eyes of the world and future generations are on us. Watch this space.

Find out what you can do to make our University more sustainable as a student or as a staff member.

Keep up to date with us on social media!

Time for change: transitioning to a zero carbon economy / Social Responsibility and Sustainability by blogadmin is licensed under a Creative Commons Attribution CC BY 3.0 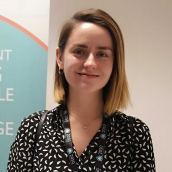 The rise of eco-anxiety

Adaptation Framework for the University of Edinburgh