The concept of a team that primarily deals with Service Management best practice and process development is not a new one. Many corporate organisations have had a team of this sort for over a decade and several UK Universities have been working for a number of years with guidance from their Service Management team. Here at the University of Edinburgh we have only had our Information Services ITIL Team for 18 months, but the concept of best practice is far from new to us.

Many ISG colleagues have been working on ITIL process and IT Service Management best practice for almost 20 years and while ITIL remains a staple framework for our processes, we have always been open to looking at new ways of doing things. 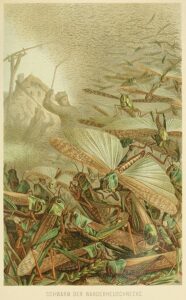 But, you know how it is – improvement often has to be overlooked in place of “keeping the lights on”. Right now a vast part of the ITIL Team’s time has been spent on controlling Change, adapting Call Management, producing reports to support the need for agile changes to working practices and ensuring we can control Major Incidents (and I think we’d all agree there have been a few too many of those lately!) . But, because Improvement is the ITIL Team’s day job we’ve still found time to consider new process developments, new methodologies and new ways of using ITIL. We’ve been having some very exciting conversations about other methodologies which aren’t part of ITIL, but which complement our existing ways of working, bringing a fresh angle, or opportunity to refocus our approaches to Service Management.

We’ve blogged many times about Knowledge Centred Service and its benefits. Matt, Robert, James and I have been excited for some time by the improvements that a KCS approach could bring and the EdHelp team have now gone live using KCS. We’re all learning together about how this approach can work, but the initial signs are encouraging.

Another new methodology has crept into our consciousness thanks to the CMVM IT Support team. They’ve been using Swarming as a way to manage second line support and in fact Sarfraz Mohammed from the Bioquarter team will become our second guest blogger talking about the successes the team have made and his thoughts on Swarming as a new approach we can all benefit from. 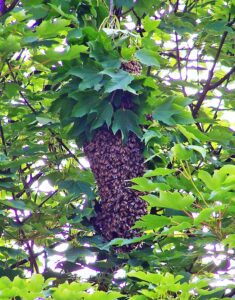 When we were talking to Sarfraz and the CMVM IT Team there was the resounding sound of pennies dropping in the ITIL Team. That’s because we realised we are already using Swarming to control Major Incidents. Our Major Incident process is based on Kepner Tregoe and our process calls in the right people to resolve the problem, we then “Swarm” on the problem and either resolve it or stop and review things, before continuing, or dismissing some MI team members and bringing in the right people with the skills we need at that time. It’s not called “Swarming” but it is Swarming.

And this is why good process works, it’s based on common sense and the good ideas carry through to other process methodologies, one of the reasons ITIL4 is so exciting.

When our team was created there was already a Service Management Team in ISG, so ITIL Team was the next best name, but we have never been exclusively about ITIL.

Much like the ITIL Team, ITIL4 acknowledges that ITIL has been joined by Lean, DevOps, SixSigma and other methodologies and that many IT organisations will use one or more of these, gone are the days when the only way was ITIL. In ITIL4 the co-creation of value is all about using the best from the process models and methodologies available to you.

ITIL4 and Swarming  bring in the right people with the right skills to do the right thing at the right time. Which is my cue to call on Sarfraz for our next Blog post to build on the concept of Swarming and tell us more about how we can work together to resolve incidents and problems cleverly and quickly.

A Swarm welcome to some new ideas / ITIL Tattle by blogadmin is licensed under a Creative Commons Attribution CC BY 3.0 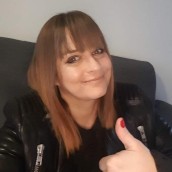 Learning from the Best

All together now; on Duplication… again

1 reply to “A Swarm welcome to some new ideas”