All together now; on Duplication… again

I wrote last year about the benefits of reducing duplication in my article “Please Submit in Triplicate”, and the idea behind the article was to look at the ways we might reduce the amount of unnecessary work that we do. The article was very much focussed on paperwork, as the title suggests, and took a view on work that we are asked to do twice (or more!) as individuals. 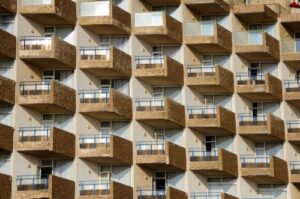 There’s a certain ironic charm in returning to the same topic, but I am going to talk about a different aspect of avoiding duplication in this article.

Duplication is not just about the same person doing the same work twice. While many examples of this “individual” duplication persist, it’s arguably the most likely type of duplication to be identified (if not addressed), because one person sees all the work, and is quite often rather irritated by it.

But avoiding duplication of effort is also about not making different people do the same work.

And that’s harder to spot, because most people are only doing the work once, and may not realise that others are doing the same work.

There are two main categories of “collective” duplication.

The first case is the traditional example of the right hand not being fully informed about what the left has been doing. It’s not unheard of for two or more groups to be working towards the same outcome, without being aware of each other’s efforts. That means missing opportunities to share the work, or to dovetail it for collective benefit. Often, we only realise this has been happening after the fact – if we ever realise it at all. And the increased costs don’t only come in terms of effort, they might come in terms of missed opportunities to share costs on purchased goods, such as software licensing or hardware. There’s also a huge missed opportunity to share knowledge along the way.

Centralisation of services can help to avoid this outcome, where that approach is appropriate. But improved service management practice is another big help; one of the key things that service management tends to improve is visibility, and access to information.

Even something as apparently simple as terminology can help – standardising our approach and language around service management issues tends to give people who work in similar fields a common way to communicate about what they are doing, which increases the chance that common initiatives will be identified. Ultimately, reducing the risk of this kind of duplication boils down to knowing what is going on; distilling what is going on is a key benefit to good Service Management.

But as I suggested above, duplication can still happen even when people are working together. The key example of this is where information that needs to be used by multiple parties isn’t presented in its most readily accessible form.

Take the example of a resource that’s full of useful information; it could be a spreadsheet, or a long technical document, or even a whole tool or system. Let’s say that a group of twenty people need to make a decision based on some of that information.

Most likely, every person in that group will need to pull out the relevant information. That means digesting the information in the resource or document, looking for the relevant parts, and putting that all together usefully, to support decision making. Some of that work is doubtless necessary familiarisation…. But not all of it. And every person is doing that work.

If a piece of work can be done once, and be used by 20 people, it’s probably worth investing in that work, such as by having a person do it to a good, repeatable standard, and sharing it. (If the work can be done procedurally, it might even be possible to automate the output.) 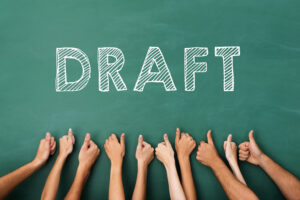 The main problem is finding a person who’s willing to accept responsibility for that work, and put in the time so that others don’t have to do it. There’s not necessarily one right answer to this – it could be that one person is best suited, and should have their time protected for that task. Or it could be that folks do the work on a rotating basis, and everyone gets to see how the information is compiled from its source. Either way, committing the time up front immediately saves the organisation effort on the task. And not only is this a saving on tasks already being done, but it could make some previously impossible tasks start to seem practical and valuable.

Case in point; this approach of condensing useful information is something that Change Management really benefits from. As I’ve said before, a significant part of Change and Release Management practice is curation of the information that supports decision making. The case for that is the huge amount of effort that is saved by effectively managing it.

The Change Advisory Board all have access to all of the information about all of the changes in the Service Management Tool – but having that information distilled into an agenda makes reviewing a select few changes practical, for multiple staff on a weekly basis. And having a Change Schedule, showing what other work is upcoming, makes it more practical for colleagues to review timings.

There’s one more advantage to condensing information in a proceduralised way; we often learn what information we don’t regularly capture that would help, and what information we do capture is essentially never used. As with reporting, there’s a good argument that if we can’t make the case that it’s valuable, we shouldn’t keep doing it.

All together now; on Duplication… again / ITIL Tattle by blogadmin is licensed under a Creative Commons Attribution CC BY 3.0

Do We Know What We Will Do This September?