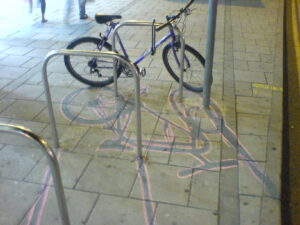 Sir Dave Brailsford famously led Team GB to cycling success in the 2012 Olympics, following a focus on “marginal gains”, making many small improvements that, taken together, added up to a significant and startling performance improvement.

Vilfredo Pareto was an Italian scientist who noted in 1906 that 80% of Italian wealth belonged to just 20% of the population , an idea extended by Joseph Juran into the Pareto Principle which states “80% of consequences stem from 20% of causes”.  Hence, there are a small number of issues that, once addressed, can result in a disproportionate improvement.

So, in the pursuit of the continual improvement, should one focus on many small improvements, or target the Pareto vital few?  Yes.  Or, if you prefer the consultant’s answer, “it depends”.

The ITIL guiding principles can help us navigate this apparent contradiction.

The first principle is to Focus on Value – so any improvements should be worthwhile.  If we have limited resource for making improvements, that resource should be working on the improvements that provide the best return on investment (RoI) – the vital few in the first instance.  Once these high consequence improvements have been made, then we can progressively address the next tier of improvements which have do have benefits, if smaller.  Eventually, we’ll get to Brailsford’s marginal gains where bringing your own pillow on tour makes for a slightly quicker sprint time for an already elite athlete!

Start Where You Are / Keep It Simple and Practical

Such pragmatism may mean the scope of improvements are more marginal than transformative but don’t despise the day of small things!

Whichever improvement has been prioritised to be done first, feedback on success is important.  As for all changes, predictions will have been made as to the expected benefits, and how to measure them.  Challenges exist here for both Brailsford or Pareto improvements – for the marginal gains, it can be difficult to have sufficiently sensitive measures to detect the small improvements gleaned and large RoI improvements can be long, so it’s important to have interim feedback to make any necessary course corrections.  Any improvements that begin to have a negative RoI should be abandoned – we must avoid the sunk cost fallacy!

Marginal gains may be all that can be achieved in a single team, however thinking holistically, organisationally or strategically allows for the greater gains possible.  The ITIL Team has often encountered improvements that are locally optimized but represent poor value to the organisation as a whole.  Conversely, through collaboration and transparency, what might appear to be marginal locally can be found to be more valuable.  For example spam filtering that reduces junk calls by just a few a month for a single team, might actually represent a significant saving when applied centrally!

Here the emphasis should be on optimization – there’s no point in automating an inefficient process or procedure, as that just embeds “technical debt”, so whether the automation opportunity looks like a marginal or significant improvement, careful consideration should always be given to optimization first.

So – Brailsford or Pareto?

Probably Pareto, or as close to that as you can get in your situation, which might mean Brailsford if you’re already elite, or lack the resources/influence to do anything else.  But, yes, definitely seek continual improvement!

Brailsford or Pareto? Prioritisation and marginal gains / ITIL Tattle by blogadmin is licensed under a Creative Commons Attribution CC BY 3.0

Back To The Future – Predictive Dashboards