Learning from the Best

When I first took on the Change Manager role it was a new position, and so a lot of my initial work concentrated on developing Change and Release Management in Information Services.

In the first few weeks, I arranged a number of visits and video conferences with colleagues in other UK Universities, to get a picture of how Change was being managed in UK Higher Education.

As readers of ITIL Tattle probably know, even today the HE sector tends to be cordial, candid and collegiate, given that we might all be considered competitors. This is an arrangement I’ve always been happy with, since the degree of specialisation in service management roles might otherwise mean that few of us would have colleagues with whom we could meaningfully share our esoterica and experiences.

There was a surprising variance across the range of institutions when it came to how Change Advisory Boards were run, the degree of formalisation of the Change Records, the amount of information required, the points at which there were internal sign offs, and so on. There were also some things that seemed very universal, even as everyone had been on a different journey to arrive there.

And through it all a picture emerged, based on which I started to imagine what might work at Edinburgh, taking into account what had worked in other places, and what had seen pushback, and the various similarities and differences between our organisations.

And grateful for the wisdom of others, I set to work; plans were drawn up and consulted on, with these lessons always in the forefront of my mind. And then one day I got an interesting question while doing some of the introductory roadshows.

“Have you been to the organisations that do Change Management the best?”

My first answer was that I’d been to the organisations that most closely resembled our own.

I think that answer is probably the right one, but it’s not beyond challenge, and it still makes me think.

The most obvious reason to review similar organisations is that the lessons you can learn from them are somewhat more likely to be applicable. There’s nothing wrong with that, but it absolutely could be accused of a lack of ambition or even vision.

But what is best? 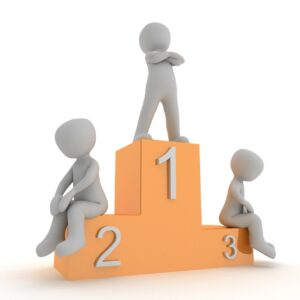 Probably ITIL would say the process that delivers the most value is the best one, but that’s almost a tautology when you look at the components of value. Plus, it pretty much decimates any standard of objectivity for “best” – which is not necessarily a problem, unless you’re looking for one.

But now, with the gift of much hindsight, I think there’s more to it than what is best. There is also the ability to recognise what is best, usefully. There’s an old saying that “experience is what you get right after you need it”. And I think the same is true of the service management journey.

Sometimes a better solution is only really intelligible when you’ve walked down the path a certain way. This is one reason why I (repeatedly, almost to the point of self-parody) advocate more than ever for starting simple, and building up as you go along, rather than trying to bite off too much at once.

It can be hard or even impossible to understand why the truly revolutionary ideas actually are revolutionary, without a firm grounding in how things generally play out in the real world.

I think I’d argue that even if you could find an objective, externalised measure of best-in-show, it would not necessarily be directly applicable to another organisation.

In my view, there exists the possibility that an organisation would not only fail to interpret the best processes… they might not even be able to comprehend them, without the relevant experience along the way.

The best ITIL-advised processes in the world might yet not be understandable to us today.

There are absolutely groups out there ahead of us in the field, and we can and should strive to emulate and exceed their successes. But it’s also OK to use the success of others as a North Star, rather than a roadmap.

And so, I find myself asking often “What is best?” and not merely “What is working for organisations like ours?” But I’m increasingly happy with the idea that this question remains open, and that the process of asking is more important than the objective standard of the answer.

(Image by mohamed Hassan from Pixabay)

Learning from the Best / ITIL Tattle by blogadmin is licensed under a Creative Commons Attribution CC BY 3.0

Authority Gradients, or How to be Constructively Insubordinate