My name is Connie and I have just finished my 3rd year of a Master of Informatics (MInf) degree here at the University of Edinburgh. My main areas of interest are natural language processing and computer security.

I am currently working on Media Hopper for the Digital Learning Application and Media department. Media Hopper is a video hosting platform for the university, where staff and students can upload content (from lecture capture videos to personal ones) and publish them after choosing a licence to suit their needs. Much of this content is licensed under Creative Commons licences, so my first project was to create a channel grouping all this content together.

This was a sort of introductory project, as the main challenge was just getting to know the Kaltura API which Media Hopper uses. This took my co-worker and me a few days to get to grips with (since the documentation and general Kaltura support was not very good) but from there the project was fairly straightforward. We created a script which, when run, would automatically add all new CC licensed content to a Creative Commons channel as well as creating a playlist for each user with their personal CC content (to enable them to embed the playlist in their own website for example). We then further extended it to allow for filtering by keywords in the title/tags of the content. Thanks to this, we can now also create channels grouping together similarly themed content.

Our second project is more elaborate, as it involves migrating content from the old Podcast Producer servers to Media Hopper. There is about 5Tb of data on the old servers, so ideally we don’t want to have to transfer all of it. In light of this, we have been creating a web app which allows staff to log in and manually choose which videos then want to keep. I’ve mainly been doing the backend of the project (we are using Django), but it has not been particularly challenging since it’s mainly a series of small tasks. Once again the hardest part was figuring out the cause of the Kaltura errors in the documentation!

I think we will likely be able to finalise both these project in the next couple of weeks, and actually be able to get them up and running soon!

Media Hopper Summer Internship / Digital Learning Applications and Media by blogadmin is licensed under a Creative Commons Attribution CC BY 3.0 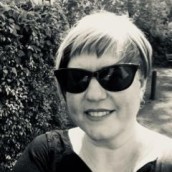