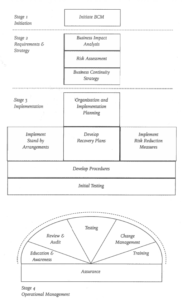 In keeping with Betteridge’s law of headlines, the answer is of course, “no”.  However that’s only down to the inclusion of “just”!

Processes indeed offer comfort, security and (re)assurance to organisations.  Going back to ITIL v2, the IT Service Continuity process had the “cushion of assurance” within operational management.

Embedding operational processes (and similar organisational learning) mean that reliance isn’t placed on individual staff; who can get sick, go on holiday, retire or resign!  Processes offer reproducibility across different teams, and the opportunity to systemically reduce mistakes and introduce improvements.

So organisations and management can be given the warm and fuzzies by processes, but can this apply to individual staff too?

In our use of Kepner-Tregoe concepts, one theme keeps appearing in feedback from the folk involved.  Both Problem and Major Incident team members report feeling “supported”, “valued”, and “less exposed”.

Let’s imagine a caricature of a major incident.  The system is down, the techie who can fix the problem has a manager standing over them, and is being told to “just fix it”.  The techie needs to find the issue, find a solution and deploy it urgently by themselves.  And if the fix goes wrong, well, we know who to blame don’t we? 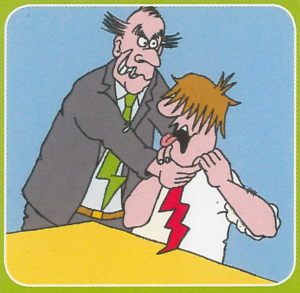 However, Kepner-Tregoe’s approach involves structured thinking, with the inputs and outputs recorded.  Our Major Incident process insists that there is no unilateral decisions or actions.  Whilst this could be felt to be disempowering, the converse is felt in practice.  Facts and evidence are reported back to the team, so many eyes look over the Situation Appraisal, to spot anything that’s been overlooked.  Potential courses of action undergo collective Decision Analysis and the chosen option undergoes a risk analysis to spot what could possibly go wrong.

At each step, the contemporary evidence, the options and rationale are recorded and the decisions are thus defensible, even under scrutiny afflicted with hindsight bias.

If the wrong actions are taken, it will be as the result of incomplete inputs or process failures, rather than all resting on the shoulders of an individual.

Contrary to the out-dated management idea that staff work best under pressure, making space for people to think and act at their best requires dialling back the urgency and eliminating any vestiges of blame culture.

Whilst it wasn’t sold as one of the benefits of adopting Kepner-Tregoe ideas, the benefit of being protected and supported has been identified repeatedly by those involved – we probably underestimated this benefit when beginning this phase of our continual service improvement journey!

So, yes, processes can be a security blanket, but which of us would refuse the opportunity to be more supported, more valued and less exposed?

(© Crown copyright material is reproduced with the permission of the Controller of HMSO and Queen's Printer for Scotland.)

Are processes really just a security blanket? / ITIL Tattle by blogadmin is licensed under a Creative Commons Attribution CC BY 3.0

Time for a Spring Clean?

Great Scott! Going back to the future of Service Management roles