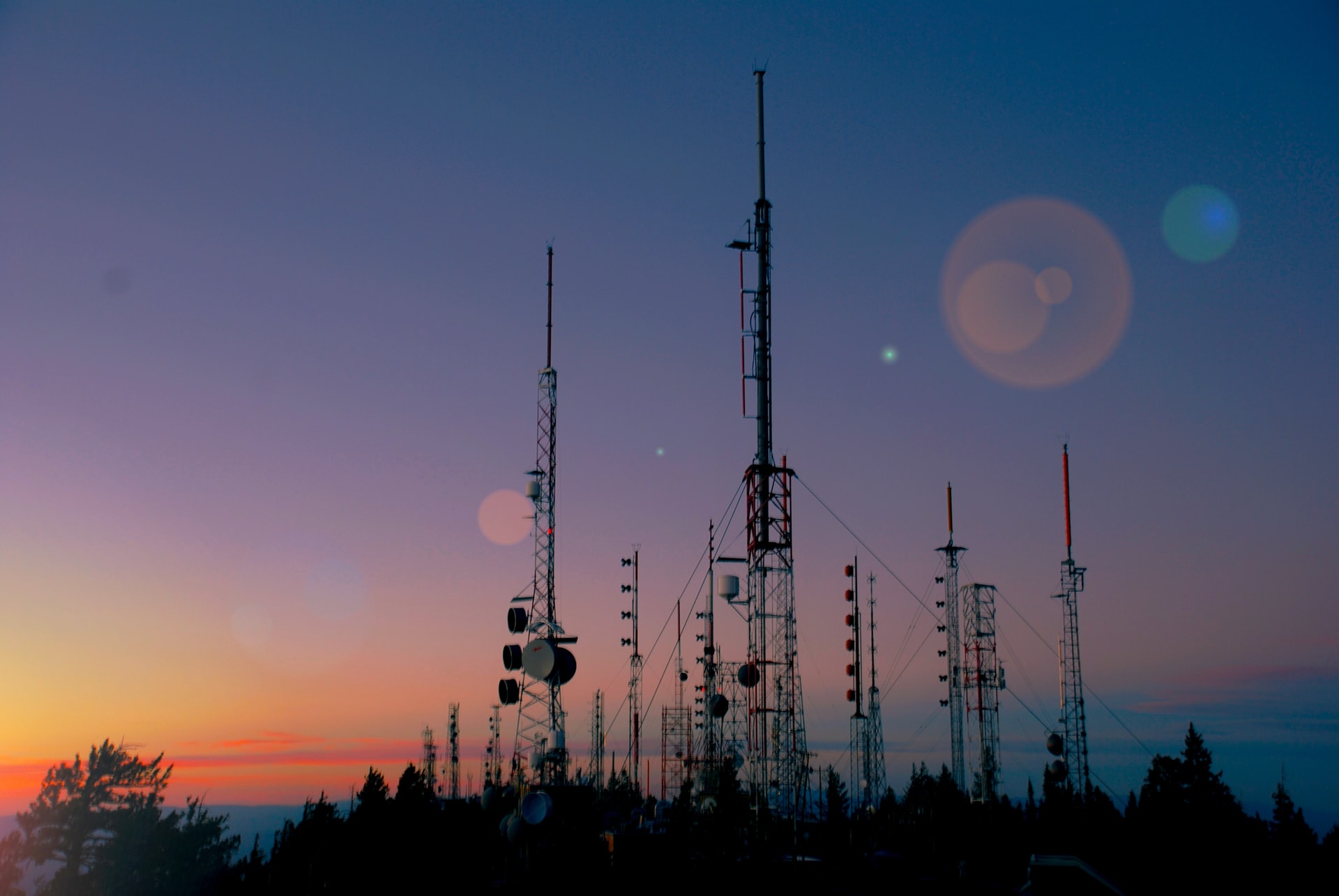 By Andrew Steven, Professor of Property Law, University of Edinburgh

In Scotland, the law of rights in security develops slowly. There are reasons for this. First, there is limited legislative time for reform of private law. Second, it is an area which has been relatively neglected in terms of doctrinal study. Third, we are a small jurisdiction and case law is limited.

Nevertheless, there are some grounds for optimism. The Scottish Government’s legislative programme for 2020/21 published on 1 September contains a commitment to “work towards implementation of the Scottish Law Commission proposals on reforming the law relating to Moveable Transactions, with a view to introducing a Bill early in the new Parliament” and accepts that this would “make it easier for businesses and individuals to raise finance, thereby assisting economic recovery”. The last month has also seen the successful defence by Andrew Sweeney of his University of Edinburgh doctoral thesis on the landlord’s hypothec. In addition, an earlier Edinburgh thesis on floating charges by Dr Alisdair MacPherson, now Lecturer in Law at the University of Aberdeen, has been published in book form.#

Limited case law, however, will always be an issue. This summer has seen the first Scottish decision for nearly ten years known to me with a substantive discussion on the law of lien. (The last was Wilmington Company v Rolls-Royce plc [2011] CSOH 51 a decision of Lord Hodge in relation to aircraft engines.) Somewhat unexpectedly, it is a decision of the Lands Tribunal on the Electronic Communications Code (“the Code”).

In British Telecommunications plc v Morrison, 4 August 2020 the applicants were in dispute with the respondent, a landowner. This concerned the removal of apparatus situated on the respondent’s land at North Shawbost on the Isle of Lewis. The apparatus had been installed by the applicants without the respondent’s agreement. Part of this, a cabinet providing a broadband service, had been installed in error. The applicants wished to remove the cabinet, but the respondent refused to allow them access on the basis that he had lien over it which secured a damages claim. He averred that the installation had blighted his land, in respect of which he had previously obtained planning permission. It was argued to be an unlawful encroachment for which damages were due in delict.

The applicants went to the Lands Tribunal and sought interim code rights under para 26 of the current version of the Code. This came into force in 2017 when Schedule 3A was inserted into the Communications Act 2003 by the Digital Economy Act 2017. (The previous version was replaced following a project by the Law Commission for England and Wales in relation to which the Scottish Law Commission had some input.) The interim code rights sought here were to access the land, to undertake works to remove the cabinet and to return the land to its previous state. This would enable the diversion of the broadband services from the cabinet to one elsewhere. The result would be to increase the number of local customers able to access broadband from 28 to 72.

The Lands Tribunal therefore had to decide on whether the respondent was entitled to a lien.

Interaction between the law of lien and the Code

Lien is normally a right under the common law rather than statute. (There are exceptions: for example, the Sale of Goods Act 1979, s 41). The context here was that the respondent was seeking to assert a purported right at common law as a defence to the applicants’ assertion of statutory rights. The Code confers no right of a landowner to retain communications apparatus. Does this mean that a right of lien is excluded? The respondent placed emphasis on the chronology here. He argued that the lien secured a common law damages claim because the installation of the cabinet pre-dated the coming into force of the current version of the Code under which compensation was payable in respect of the exercise of (interim) code rights. The Tribunal (paras 33 and 34 of judgment) declined to reach a view on this specific question. But it stated that making the order, which it duly proceeded to do, would not prejudice this right if it did so exist. The damages claim would survive the removal of the equipment. The lien of course, being a possessory remedy, would not.

On the wider question, there is a stateable argument that the Code does not exclude common law rights which are not directly incompatible with it. In contrast, for example, para 101 of the Code, which was referred to in the case, excludes the law of accession in relation to telecommunications equipment that has been installed under it.

Liens are well established as rights which can arise in the context of a contract. If one looks harder, examples can be found in the context of unjustified enrichment. See, for example, Bankton Inst 1.9.42. In Pledge and Lien (2008) I argue that lien thus may be regarded as a doctrine of the law of obligations and in principle applicable in delict too in appropriate circumstances. As Lord Hodge noted subsequently in Wilmington Company (above) at para 56: “I do not think that it can be said that all liens in Scots law arise as an incident of a contract.”

Pledge and Lien and the statutory examples of delictual liens in the Winter Herding Act 1686 and the Harbour, Docks and Pier Clauses Act 1847 to which I refer were cited to the Tribunal. In the current case, however, it was unwilling to recognise a lien.

The Tribunal relied in this regard on Air and General Finance Ltd v RYB Marine Ltd [2007] CSOH 177, a decision of Lord Malcolm. Here the purchaser of a yacht, which transpired to be no longer owned by the seller, sought to assert a lien over it in respect of a damages claim for breach of warranty of title by the seller. The pursuers in the action were the holders of a ship mortgage granted by the new owner of the yacht. Lord Malcolm held that no valid lien could be asserted. His decision is consistent with earlier authority, notably the Inner House decision in Lamonby v Arthur G Foulds Ltd 1928 SC 89. A lien arising under a contract is unenforceable against the owner of the retained property where that owner is not a party to that contract or has otherwise consented to the property being delivered to the party asserting the lien. In effect the nemo plus (or nemo dat) rule applies to lien. This is curious given that lien is a tacit security, but it is well settled. As can be seen from the Law Commission’s recent Consumer sales contracts: transfer of ownership (Law Com CP No 246, 2020) paras 3.126-3.127 this is also the law in England.

According to the Tribunal (para 39 of judgment), the conclusion that must be drawn from Air and General Finance Ltd was as follows:

If the court was not prepared to extend a lien to support a claim for damages of breach of warranty, a fortiori it would seem unlikely to be persuaded to do so for a claim for delict since, like here, there is no underlying contract between the parties.

This reasoning is unconvincing. First, liens can secure contractual damages claims, as the case of Moore’s Carving Machine Co Ltd v Austin (1890) 33 SLR 613 cited by the Tribunal shows. Thus a lien for damages is not a novel concept. Second, Air and General Finance Ltd does not preclude a lien for damages for breach of warranty. Rather, as we have seen, it supports the position that B cannot normally retain property for a contractual claim against A, where in fact the property belongs to Z. This is true where the claim is for damages because of A’s lack of title. There is thus a three-party situation. In the current case in contrast there were only two parties: (1) the applicants, who had erroneously installed the cabinet on the respondent’s land and (2) the respondent, who claimed that this had damaged his land. In summary, therefore, the Tribunal’s approach is questionable.

The rights and wrongs of whether Scots law accepts delictual liens in the Tribunal’s view did not require to be resolved to decide the case. Rather, it was willing to confer interim code rights on the applicant on the basis that this would not prejudice any claim in delict that the respondent had. As approved operators under the Code, the applicants had a sufficiently deep pocket to pay such compensation as was due under it (para 35 of judgment). It had to be recognised that the respondent’s actions were frustrating the greater good of more local people having broadband access.

Counsel for the applicants argued that to accept a lien here would come “perilously close” (para 29 of judgment) to the facts of Carmichael v Black 1992 SLT 897. There the Court of Criminal Appeal held that wheel clamping cars which were parked on land without permission and demanding payment for their release amounted to theft and extortion. There is, however, a notable difference to the current case: damage to the land.

In any event, the law of lien itself provides its own solution here. It has long been held to be an equitable remedy under the control of the courts. See most recently H L MacQueen, MacQueen and Thomson on Contract Law (5th edn, 2020) paras 6.23-6.24. While existing authority is focussed on contract law, there is no good reason to believe that the courts cannot play a similar supervisory function in the context of delict. Therefore, a remedy to allow removal of the cabinet lay here at common law as well as under the Code.

Published in Delicts and torts, Private Law and Property law