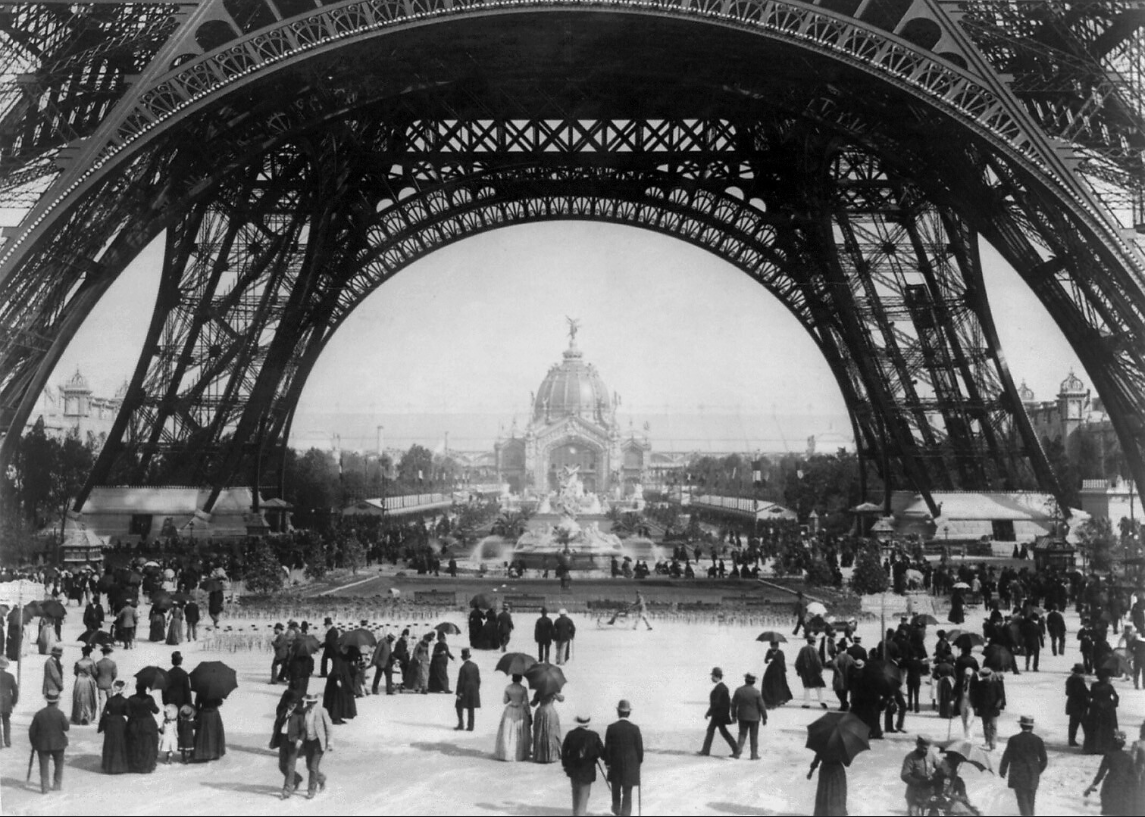 The Case of the Serbian Loans issued in France (1929) 56 J. Dr. Int’l 977 was one the earliest and most influential of the inter-war cases on the interpretation of gold clauses in long-term bond contracts.  As a decision of the Permanent Court of International Justice in the Hague, its reasoning influenced decisions in the French, English and United States courts.  It established that a payment clause stipulating for payment of gold coin would be interpreted as creating an obligation to pay legal tender money corresponding to the gold value of the money owed by the issuer of the bond.

Now that all world currencies have broken their link with gold, that point of law is unlikely ever to arise again.  But the case has an enduring significance beyond the superseded point it stands for.  The sparse legal record offers a glimpse into important historical events of the early twentieth century, and the way they impinged on the financial arrangements of the governments and investors of the time.  We see financial deals being done by an emerging nation state and the imperial Great Powers of the era.  Less comfortably, we see an example of the inevitable link between finance and war in a time when notions of “ethical investment” were still a century away from being articulated.

The loans were a series of bonds issued between 1895 and 1913 on the international financial markets. The issuer was the Kingdom of Serbia.  By the time of the litigation in 1929, the liabilities on the bonds were owed by the Kingdom of the Serbs, Croats and Slovenes.  It was the territorially-expanded successor to Serbia which had been declared after the Armistice of 1918.  The government of France brought the claim on behalf of French private investors after a period of diplomatic negotiations to resolve disagreements about the legal basis for repaying the loans.

Serbia had gained its full independence from Ottoman rule under the Treaty of Berlin of 1878 (see generally M Glenny, The Balkans 1804-1912 (2012) on which this note draws).  The Serbian King Milan Obrenović then embarked upon a programme of modernization as he sought to transform Serbia from a rural backwater of the Ottoman Empire into a viable nation that could hold its own among the other emerging states of the Balkans region and the established imperial powers, notably Austria-Hungary and Germany.  Milan rebuilt the centre of his capital Belgrade, and began a programme of centralizing the government administration.  Expansion of the railways and developing a professionally-trained, well-equipped army were important parts of his programme.  The 1878 Treaty required Serbia to build a railway line from Austria-Hungary in the direction of Istanbul (it was expected that the contracts for building the line would be awarded to Austrian companies).  Territorial expansion was never far from the aims of Milan and his 20th-century successor, Petar Karadjordjević.  Serbia intervened in the shifting nationalist conflicts of the early 1900s as the various Balkan peoples resisted the waning Ottoman governance over their territories.  These culminated in the First and Second Balkans Wars of 1912 and 1913.  A few short months of intense fighting and genocidal atrocities ended in the expulsion of the Turks from Macedonia, Thrace and Montenegro.  Serbia took control of much of Macedonia and established its administration there.  The Second Balkans war of 1913 saw Serbian and Greek forces turn on their former Bulgarian allies.

The first loans of 1895 consolidated existing government debts owed to European banks.  The others can be linked to key parts of the Serbian government’s policy of the era.  The loans of 1906 and 1909 were used for building railways and buying armaments.   The loan of 1913 was used directly to pay the debts of the 1912-13 Balkans wars and to support the extension of Serbian administration into the newly-acquired territories in Macedonia.  Consistently with the Serbian government’s political ambitions, the value of the loans was very great.  They varied in value between Ffr 60 million and Ffr 355 million (about £206 million and £1.3 billion in today’s sterling rates).  The 1913 bond issue alone, which repaid some of the costs of the 1912-13 wars, was for Ffr 250 million.

As was common with government and private investment bonds, the terms of the bond contracts were very long – between 50 and 72 years.  They were mainly issued to private investors in France, Germany and Austria, and in Serbia itself.  Other sales were made in Belgium, Switzerland, the Netherlands and Russia.  In the case of the bonds considered by the Court, the principal and interest due under them were denominated explicitly in francs or.  Some of the German and Austrian issues were denominated in Reichsmark or Schilling but at their official gold parity with the French franc.

Thus, the franc or was adopted in the bonds as the monetary standard for calibrating the various currency obligations in the bond.  It determined the rate at which the Serbian government would have to service its obligations out of its revenues denominated in Serbian dinar.  During the First World War, the French investors continued to receive their capital and interest payments in paper notes of the Banque de France at nominal values.  Like all the other belligerent states, France introduced a system of cours forcé at the beginning of the War so that its notes were no were longer convertible to gold.  Officially, nothing happened to depreciate the paper franc against the franc or so the investors found no reason to question the substantial value of the Serbian government’s obligations secured by the gold clauses.  The investors’ problem emerged in the first half of the 1920s.  As the international value of the French franc fell, the franc : dinar exchange rate fell from Ffr 23.88 : din 100 in 1921 to Ffr 44.65 : din100 in 1929.  The franc was worth only half what it used to be.  The decision of the French government to rebase the gold value of the franc in 1928 at its new depreciated rate brought home the extent of the investors’ loss if they continued to receive paper banknotes for their debts.

The narrow legal question turned on the meaning of the term franc or as it appeared in bond contracts.  The Serb-Croat-Slovene government contended that it was only bound to pay the loan at nominal rates, which would have thrown the loss of the devaluation on the French investors.  The Court disagreed.  It held that franc or was not just a formulaic reference to the French unit of account regardless of its value in terms of gold.  Nor was it a stipulation for payment in French gold currency.  If it had been a so-called “modality clause” of that kind it would have been overridden by the French legislation making banknotes cours forcé.  Moreover, the Court observed that such an interpretation would have been practically untenable even when the bonds were issued: gold coins did not exist in the small fractional units that the interest payments in the bond coupons stipulated for.  It concluded that the clauses only made sense as stipulations for gold values.  As a consequence, the Serb-Croat-Slovene government had to pay depreciated banknotes at the original gold value of the debts.  Its liabilities increased.

Realistically, the Court could only have interpreted the gold clause as stipulating for gold values or a nominal sum unrelated to gold.  The franc or was a legal abstraction rather than an actual coin that had ever been struck, even before 1914.   One-franc coins were made from silver, and gold was only used for coins of higher denominations.  The Court derived the meaning of the franc or from the legal definition of the franc unit decreed by Napoleon Bonaparte in 1803.   The law promulgated on 17 germinal an XI gave its name to the French monetary standard that remained in force until the devaluation of 1928.  The so-called franc germinale was a bimetallic unit but one that operated primarily by reference to silver: ‘Cinq grammes d’argent, au titre de 9/10es de fin, constitute l’unité monétaire qui conserve le nom de franc.’ Gold coins were issued in pieces of 20 and 40 francs.  The law went on to define their weight which was set in a fixed ratio by weight to silver: 155 20-franc pieces were struck from a kilogram of gold 9/10ths fine.  The franc or was thus a notional weight corresponding to a twentieth part of 6.45161 grams.

The Court accepted that nothing in the French domestic legislation prevented this conclusion.  The legislation was drafted and interpreted to protect the interests of French holders of international debt instruments against the risk of depreciation in the foreign exchanges.  Soon after the notes of the Banque de France were made cours forcé after the outbreak of the War, a doubt emerged about the effect of the legislation on obligations owed by foreign debtors: see J Valery, ‘La Clause Payable en or et le Cours Forcé’ (1916) 43 J Dr Int’l 1132.  If inconvertible banknotes were legal tender did they discharge all debts at nominal rates even those of foreign debtors expressed as gold clauses?  Eventually, the view settled that they did not: the cours forcé legislation only applied to internal debts between contract parties in France.  The reasons of ordre publique that justified the French government in monopolising the circulation of gold coins in France did not extend to foreign debtors.  They did not apply to international obligations expressed in gold clauses: for them the parties’ freedom to contract for gold values was unaffected by the legislation.  Later legislation confirmed the same view.  The legislation that devalued the franc in 1928 and again in 1936 exempted existing obligations stipulated in francs or.  They continued to be payable at their original gold values, which doubtless improved France’s balance of payments.

The decision in the Case of the Serbian Loans is just one brief chapter in the economic history of the huge international debts left in the wake of the First World War.  Debts and reparations blighted the economic and political development of Europe through the 1920s and 1930s.  There were no clear winners or losers.  But the decision of the Permanent Court entrenched the position of the French investors against the Serbian government.  The new nation state of Yugoslavia began its life saddled with debts owed to the former Great Powers to whom it owed its political existence some forty years earlier.  Nations may rise and fall but their debts seem to endure.

*Prepared as part of the ‘Project on the life and work of F.A. Mann’, based at the Centre for British Studies, Humbolt University of Berlin: http://fam.iuscomp.org/mann   A full version of the paper from which this blog post is taken is available at  https://papers.ssrn.com/sol3/papers.cfm?abstract_id=4194592

Nation-Building, Capital Markets and Meaning of le Franc Or / Edinburgh Private Law Blog by blogadmin is licensed under a Creative Commons Attribution CC BY 3.0