“It is far better to foresee even without certainty than not to foresee at all.” –

Modelling lies at the heart of understanding how the COVID-19 pandemic is spreading and evolving. Models take centre stage in policy discussions surrounding COVID-19, in clarifying the uncertainties and especially in helping chart the best course forward. On my blog I have been using a geostatistical model (Hubbert’s model) to forecast new infections and deaths due to COVID-19. 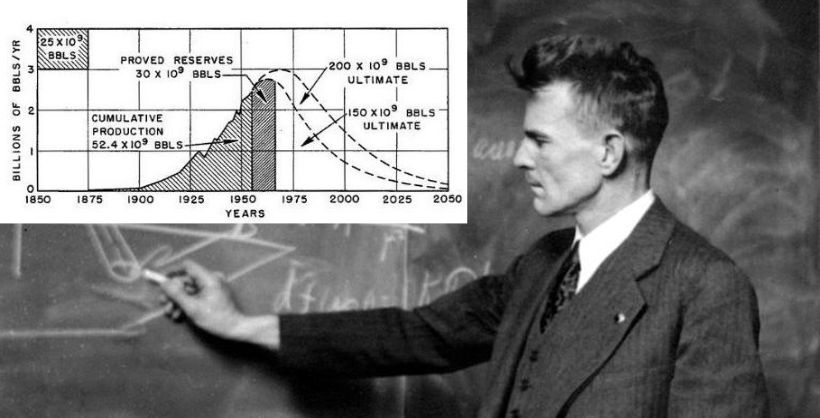 The geophysicist M. King Hubbert, known as “the father of peak oil”, warned that US crude oil production would eventually peak and then decline. He was also the very first person to figure out the mechanics of a novel oil-recovery technique that today we know as ‘fracking’.

What is a model?
A model is a simplification which fosters understanding.

What types of model are there?
Models come in many forms – logical, theoretical and “predictive”. I have been using a predictive, or numerical correlative model. This approach does not have to be based on any law of nature, or on an understanding of the spatial-temporal transmission dynamics of COVID-19. Instead its basic idea is to extrapolate past behaviour forwards in time. Such time-series analyses work by extracting meaningful statistics and characteristics of past changes which are then used to forecast future behaviour. The numerical curve-fitting approach I have employed is one that I previously used to study flowering curves and to predict oil-field reserves. It is a generalisation and extension of the traditional King Hubbert model, a single differential equation famously used by Hubbert, in 1956, to successfully forecast peak, conventional oil production in the USA by 1970.

What are models for?
Models, including time-series models, should be used to build up knowledge about how the world really works. The knowledge can then be used in making good decisions and it is hoped, avoiding blunders.

What is a time series?
A time series is a series of data points indexed (or ordered) in time. Briefly it is “Just one damned thing after another”.

Next post
In my next post I plan to assess how well my modelling has been performing. No model can serve as a crystal ball to truly predict what will happen in the future. But one would hope the calculations  have shed some light, and provided some perspective, on future COVID-19 trajectories. In the first of this sequence of blogs (6 April 2020) I began by making forecasts for COVID-19 trajectories in Italy, Spain and the United Kingdom. If it turns out that my forecasts were poor then my next post might be embarrassingly short. However, if they demonstrated reasonable skill then I plan to produce revised, improved forecasts…

Glimmer of hope XII / Roy Thompson by blogadmin is licensed under a Creative Commons Attribution CC BY 3.0