Letter sent to The Guardian

Philip Hammond’s widely criticised letter to Theresa May explains that a net-zero carbon target will cost the UK £1 trillion pounds. There is an easy way to check on the Chancellor’s pronouncement. All that is necessary is to multiply three numbers together… 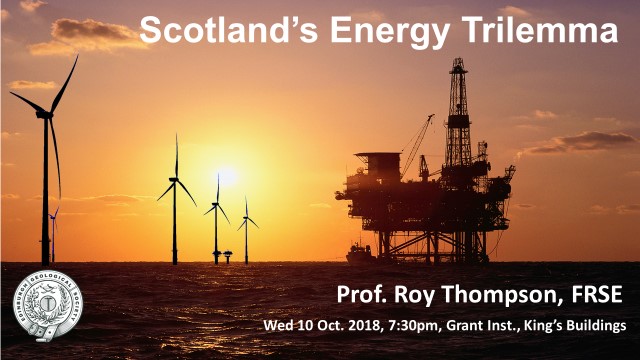 Synopsis:
The energy trilemma is the problem of striking a balance between costs, security and environmental impact. Scotland is creating an unnecessarily difficult position for itself by aiming for 90% reduction in greenhouse emissions at a time when UK oil and gas is rapidly running out and by adopting a ‘no new nuclear energy’ policy.

The lecture spells out why Scotland should instead be targeting reductions of around 50%. This level of change is feasible, unlike the Paris 1.5 oC temperature limit which is hopelessly overoptimistic. A 50% reduction target strikes the best balance between the high costs (of replacing fossil fuels by clean energy) and the likely financial damage (that will be caused by continuing to burn fossil fuels). The lecture describes and emphasises the key role of geology in the energy trilemma. 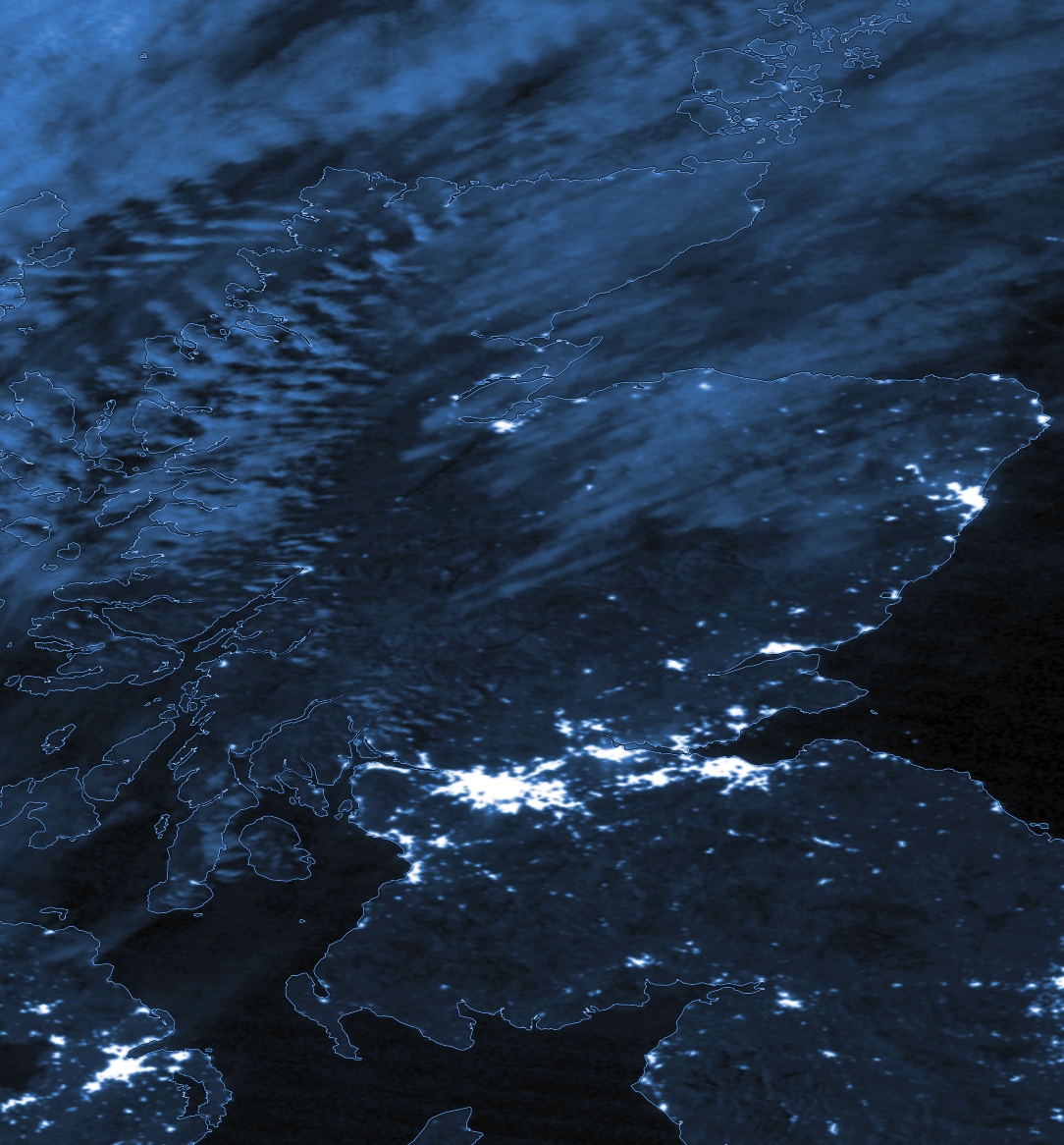 Over Xmas the Sun’s political correspondent reported on Prof. Roy Thompson’s ongoing research which aims to check on the progress of Sir Patrick Geddes’ 100-year old vision that Glasgow and Edinburgh would grow and amalgamate to form one large city. This GeoSciences study is using information from historical maps and satellite imagery to quantify urbanisation rates.

The Sun christened the new city “Glasburgh”. Its paraphrased headline rather naughtily claimed Glasgow and Edinburgh would “lose their separate identities within decades”. A similar headline was “No Budapest: Edingow supercity is a bad idea”. The Scotsman’s copy editor chose to make up the headline “Academic claims cities will be joined within 50 years”. All papers reported that “a Government spokesman insisted there were no plans for the two cities to fuse together”.

Look at the NASA night-time image and decide for yourself … 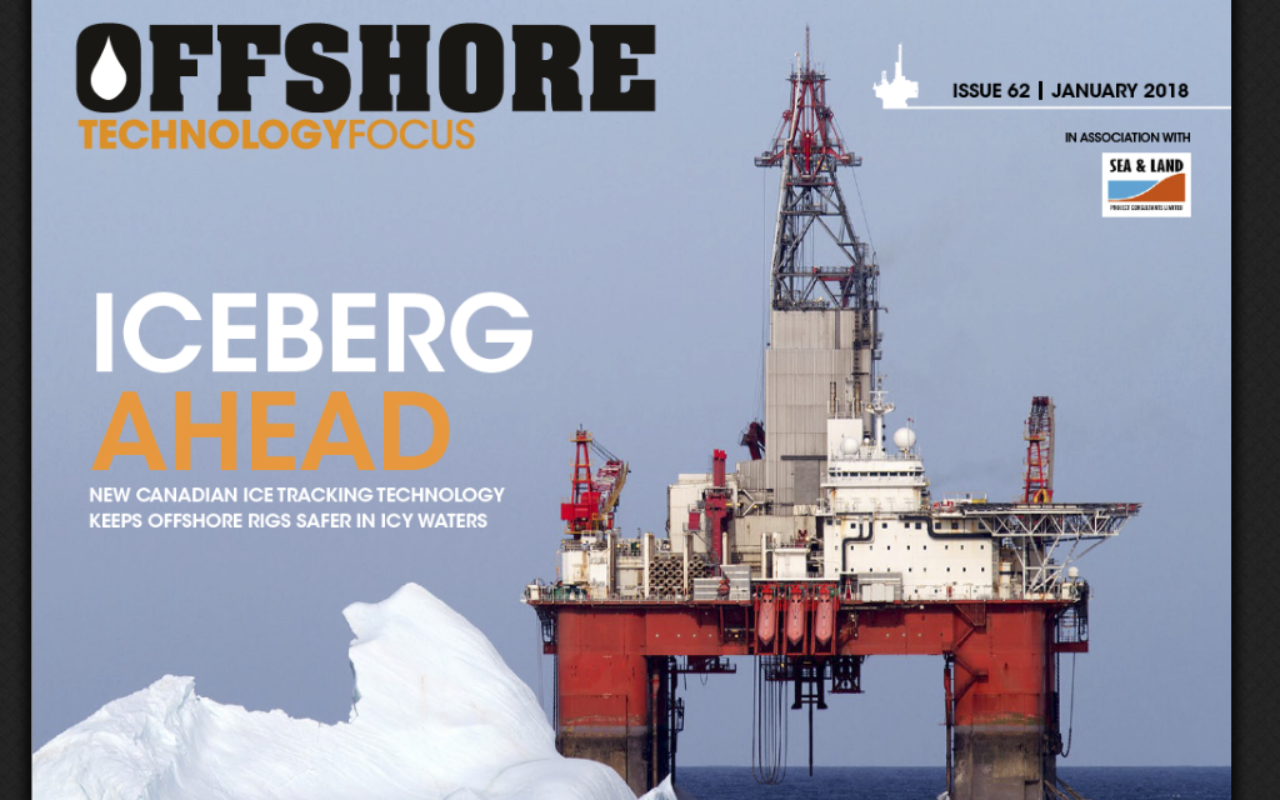 Julian Turner talks to Professor Roy Thompson about his controversial findings that suggest the UK oil and gas industries are entering their last decade of production.

Author’s copy of article ‘Can fracking power the Scottish economy?’ 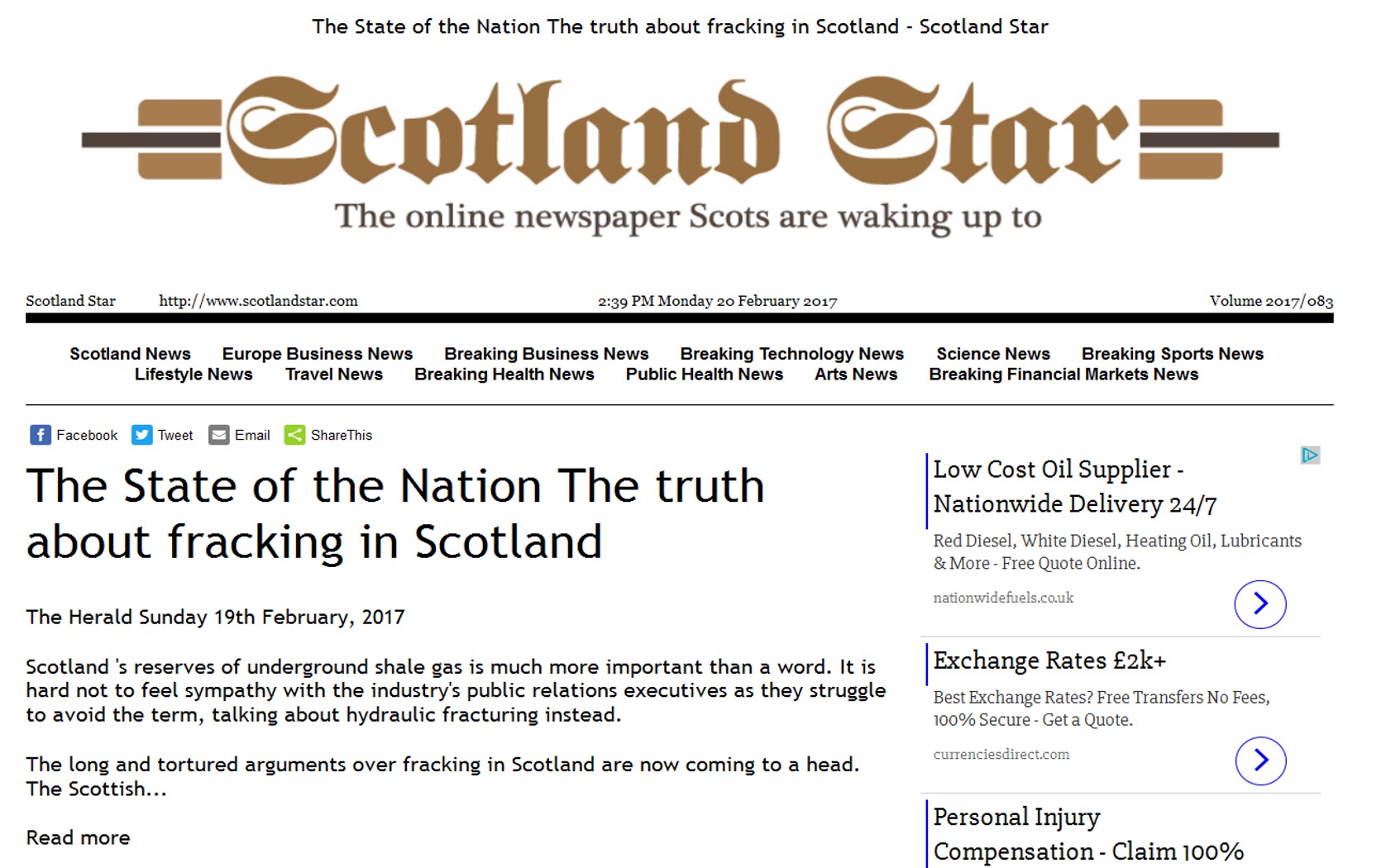 Quotes from news article in The Sunday Herald 19-Feb-2017 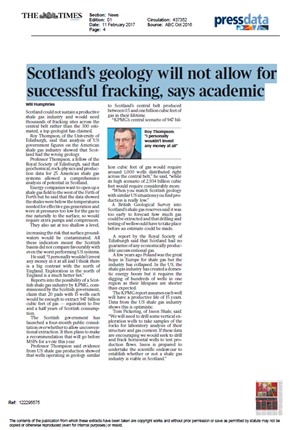 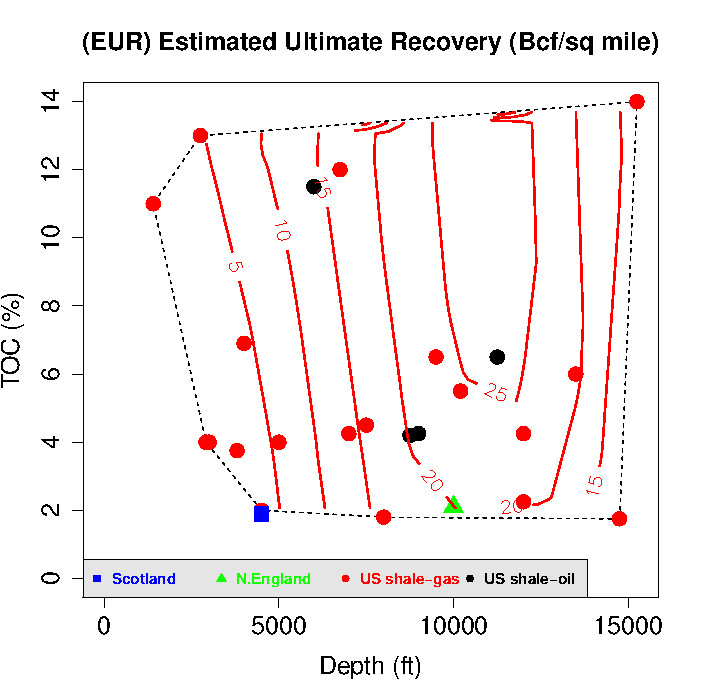 Recently comprehensive geochemical, rock-physics and production data for 25 American shale-gas systems has been made available, thereby allowing a simple (regression-based) geostatistical analysis of gas-production to be made. Scottish shales are found to be so shallow, thermally immature and heavily faulted that, when all three indicators are taken into account, the Scottish basins do not compare favourably with even the lowest-yielding US systems.

The conundrum to be faced by world governments at their upcoming Climate Change Conference, this month at Marrakech, is how to secure additional energy supplies quickly and at minimum cost while at the same time acting in an environmentally friendly way by checking the growth of Anthropogenic greenhouse gas emissions.

The research reinforces the unpalatable finding that in the absence of even stronger carbon-pricing policies, temperatures and sea-level are set, this century, to rise considerably beyond what are currently deemed to be ‘dangerous’ levels. 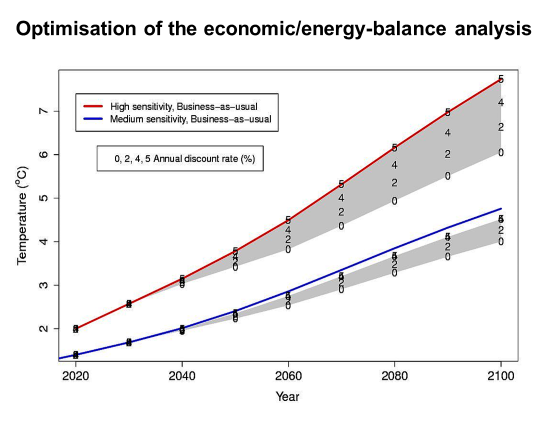 The work concludes that the British economist Arthur Pigou came up with the policy instrument of choice for dealing with market failures, such as excessive fossil-fuel emissions, decades ago.

An attractive modern variant of Pigou’s corrective measure is the ‘feebate’, whereby any carbon tax revenues are returned directly to taxpayers. People would respond by changing their behaviour: buyers by reducing their consumption, sellers by striving to improve their product or to lower their costs.

Such a system was introduced in the Canadian province of British Columbia in 2008 and has proved to be a great success. 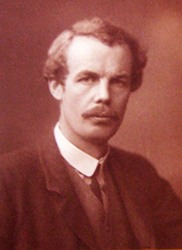 The Paris Agreement, negotiated by 195 countries plus the European Union, was formally adopted on Dec 12 2015. Over 34,000 words, with 1,600 bracketed passages, had been successfully resolved by the 21st session of the Conference of the Parties (COP21). Almost one year later – in the lead up to Marrakesh (COP22) – what are we to make of the Paris Agreement?

My informal evaluation of 1.2 million www search results of reactions to the Paris Agreement found a huge range of responses, even from well informed people. I find that the great majority of responses can be categorised as belonging to one of five groups.

After reviewing this wide range of opinions and running a suite of climate-economic model calculations my view is that while it would be naïve to expect the Paris Agreement to be a miraculous cure for all the maladies arising from global warming (see Savaresi, 2016), I nevertheless find the Paris stratagems to be distinctly sub-optimal on account of the lack of a strong carbon-pricing policy. The Paris Agreement is likely to turn out to be ineffectual and unfit for purpose, especially if historical aerosol emissions are found to have been serving to mask a high climate sensitivity.

(8) May 2016: You Just Lived Through the Hottest February, March and April on Record 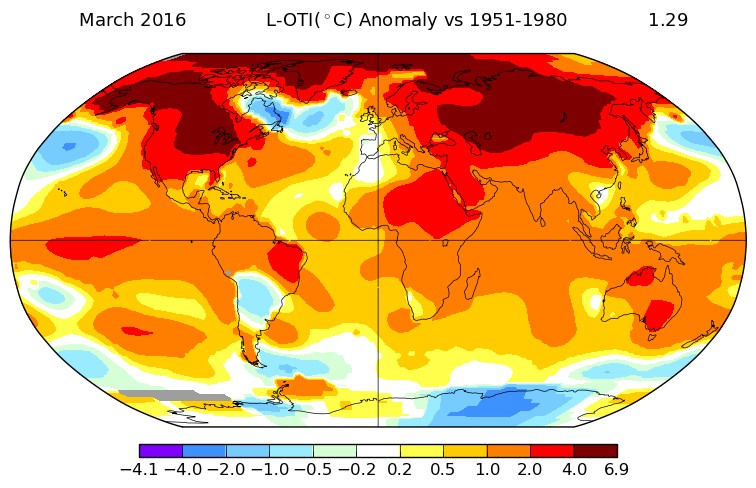 This year, for the first time, a summer short course will be held on “Winning the Climate Change Battle” as run by the Centre for Open Learning (formerly OLL) at Edinburgh University. Join us and learn about the recent record breaking temperatures, discover why the Arctic in particular has been so hot, calculate your own carbon footprint, debate why so many sceptics still doubt climate change, and analyse the ways in which science can fix global warming.

Roy Thompson FRSE – Professor Emeritus and Senior Honorary Professorial Fellow at the University of Edinburgh – gives a brief overview of James Croll, a 19th century Scottish scientist who, in his opinion, is “the earliest hero of climate change”.
YouTube video. 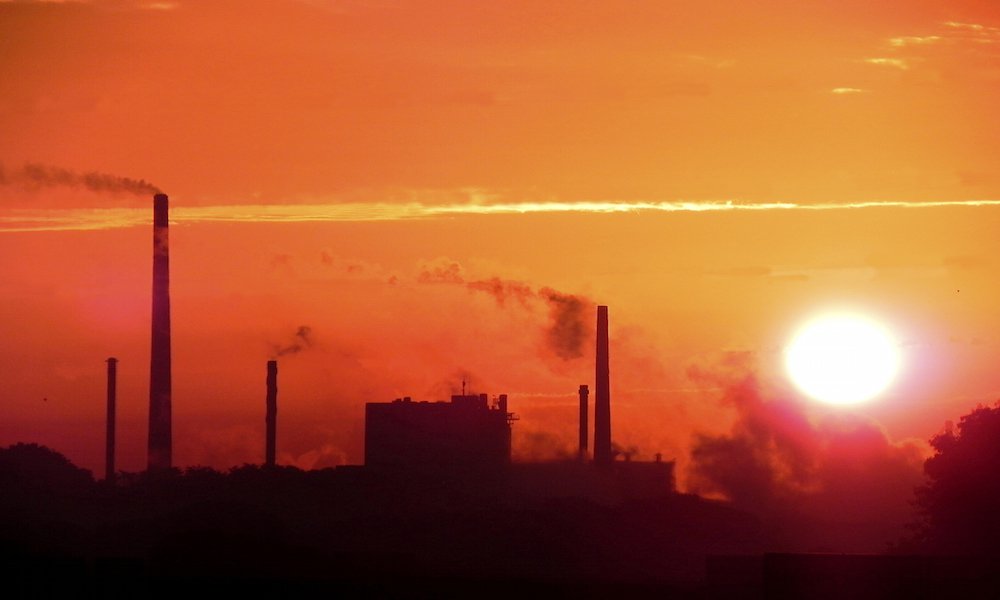 Roy has recently published a study that suggests the impact of climate change may be worse than previously thought –
land surface temperatures may rise by an average of 7.9 oC by 2100 if significant efforts are not made to counteract climate change.
Roy discusses what this means in a short YouTube video in light of the recent Paris Agreement resulting from COP21.

“While the world’s leaders continue their negotiations in Paris, attempting to iron out a deal that will limit greenhouse gas emissions and keep temperatures from rising to potentially dangerous levels, a newly published study indicates that things may be worse than we imagined” is a report on Roy’s work by RedOrbit News. 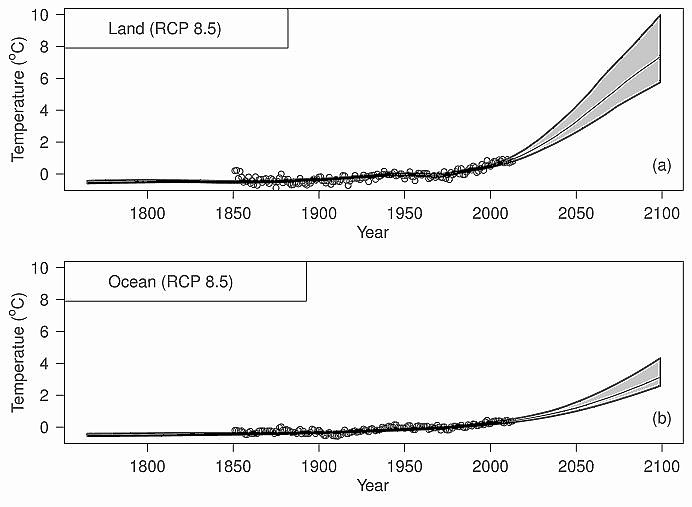 Temperature forecast to the year 2100. Based on RCP8.5 emission projections, historical land and ocean temperature records (circles) and a simple heat-balance algorithm. Note how land temperatures are predicted to rise by almost 8oC above pre-industrial, the ocean by over 3oC. Confidence regions in grey. 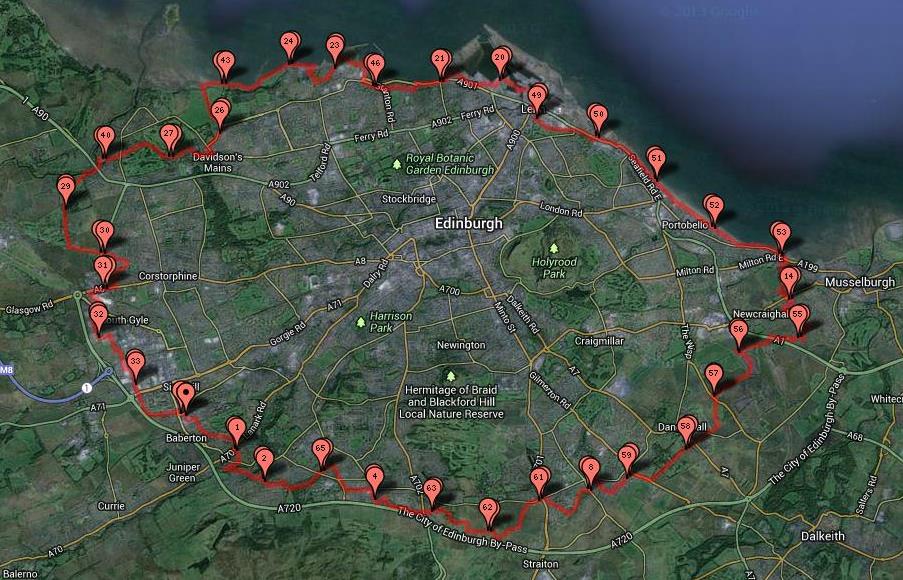 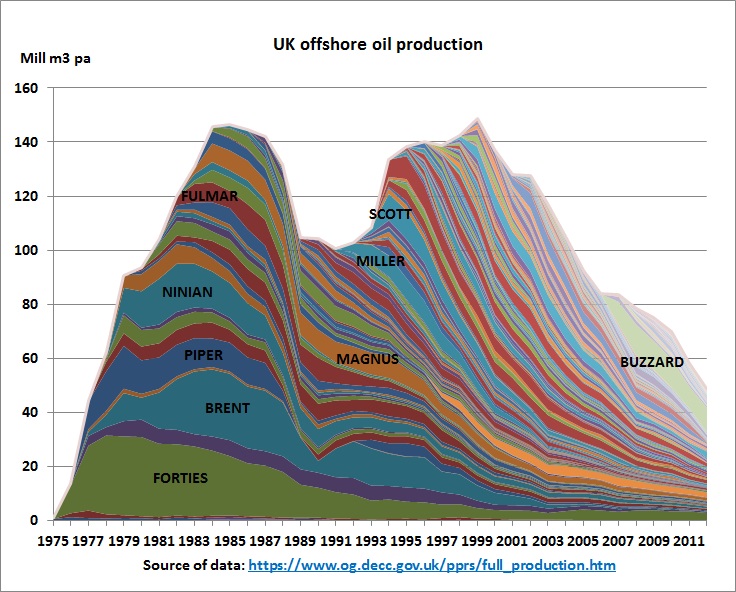 Expanded version of Letter to the Scotsman

Letter sent to the Scotsman 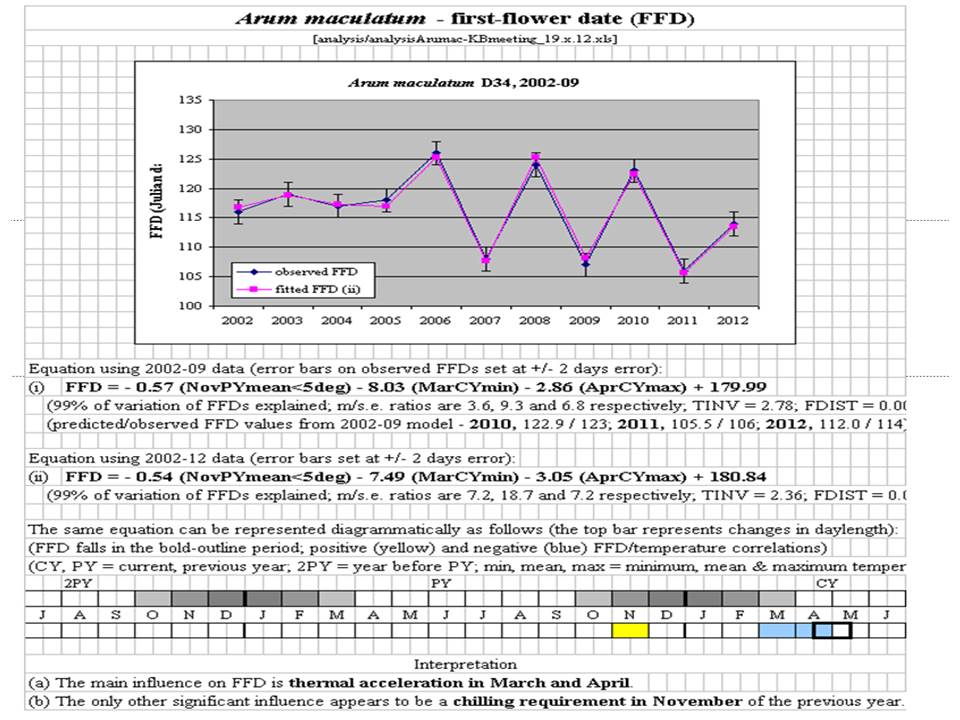