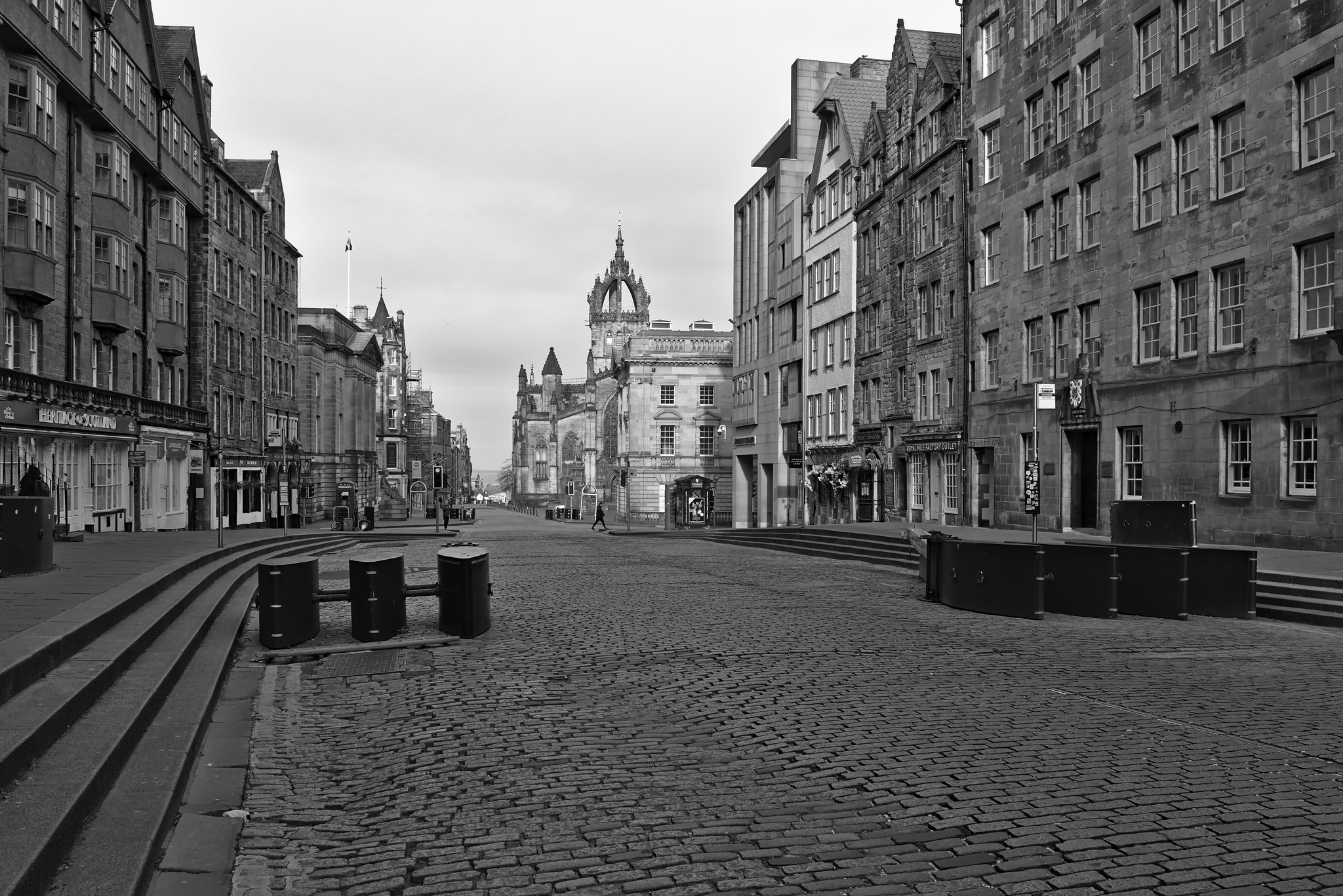 A positive outcome of the Coronavirus lockdown is that it created a grand “natural experiment”. This fortuitous circumstance can be used to gain a deeper understanding of the impacts of human actions on the environment. A good example is air pollution. When governments all around the world restricted movements to help stem the rapid spread of the Coronavirus pandemic, road-traffic volumes showed immediate and dramatic declines as did air-pollution levels.

Edinburgh, in comparison with other similarly sized cities, saw particularly marked effects. Traffic-related emissions (such as nitrogen monoxide) fell by 80% on the main routes leading into Edinburgh. These Covid-induced declines, when viewed alongside traffic-reduction schemes now in operation in other European conurbations, demonstrate how effective low-emission zones could be in tacking air pollution in Scottish cities.

The aims of low-emission zones

Congestion charge zones in other cities

Many cities have already established congestion or low-emission zones (LEZs). In Europe 265 have been implemented (e.g. Berlin, Stuttgart, Amsterdam, Brussels, Gothenburg, London). The stringency of the LEZ requirements vary substantially. They can be adapted to fit local needs and fine-tuned in terms of vehicle types permitted, emission standards, times of restrictions, and charges for noncompliant vehicles.

As cities grow more people drive their cars into the city centre for work. Their journeys lead along new, sizeable roads and motorways. But this modern infrastructure feeds into older, narrow roads in city centres. This transference typically results in bottlenecks and congestion in inner city areas, where intricate networks of constricted roads and busy junctions fail to cope with ever-increasing volumes of traffic.

The Scottish Government had committed to introduce low-emission zones into Scotland’s four biggest cities – Glasgow, Edinburgh, Aberdeen and Dundee [Transport (Scotland) Bill, October 2019]. However the process has been paused temporarily and plans for implementation of low-emission zones across Scotland are being reviewed in tandem with COVID-19 recovery plans.

In terms of unwanted reductions in speed of travel that result in congestion, Edinburgh is the UK’s most congested city (cf. TomTom statistics). The cause of the traffic delays in the capital is easily understood. Some 180,000 vehicles enter the city every day. The narrow, cobbled and winding streets of the Old Town and the Edinburgh’s historic city centre with its ancient road junctions exacerbate traffic congestion. Office and business developments at Edinburgh Park also generate a large amount of traffic. The net result is that commuting in Edinburgh takes 80% longer in the evening rush hour and 70% longer at the morning peak than at times of free-flow. On a typical Wednesday evening a 30-minute commute turns into a 56-minute journey. In addition to lost time a particularly undesirable consequence is that more people die (per capita) in Edinburgh than in any other city in Scotland from respiratory or cardiac diseases as exacerbated by manmade air pollution.

Much has changed since the 2006 referendum when 133,678 people voted ‘No’ and rejected plans for congestion charging in Edinburgh. Many technological advances have taken place since. Cleaner engines have been developed. Traffic flow can now be readily monitored using both fixed sensors and on-board sat-navs. Air-quality observations have improved. Other examples of automation are: vehicle number-plate recognition, mode switching of hybrid vehicles on entering low-emission zones, and the levying of fines.

There have also been notable improvements to public transport. These include refurbishments to Haymarket and Waverley railway stations, an excellent bus-tracker system, expanded Park and Ride schemes and a new, well-used (if expensive) tram line.

Finally the trade-offs between the benefits (to health and to reduced travel times) as opposed to restricted movements have been more thoroughly evaluated.

Air-quality improvements in other cities

Low-emission zones have been very successfully introduced in numerous cities. London has both a citywide LEZ and an Ultra Low Emission Zone (ULEZ) in the city centre. There NOx emissions from road transport have fallen by 31%, emissions of fine particulates (PM2.5) by 15%, and CO2 emissions by 4%. The scheme has been successful that nitrogen dioxide  emissions have declined five times more than the national average. In Madrid NO2 was reduced by 22%. In Gothenburg the main improvement occurred in the morning rush hour when traffic volume and pollution fell by 20%. The reasons for air-qua;ity improvements in LEZs include reduced traffic levels, but mainly relate to decreases in the number of older, more polluting, noncompliant vehicles, and to shifts towards cleaner passenger cars.

The Covid ‘natural experiment’ has amply confirmed how road transport is by far the largest contributor to NO2 pollution in cities in the UK. This reaffirmation highlights how interventions need to be targeted on problem areas, where specific roads with air-pollution exceedance problems have been identified. Other potential contributors to NO2 such as from power stations or energy use by industry (both electricity and gas) showed much smaller reductions during the Covid lockdown. Thus the primary cause of the legal limit of 40µg/m3 (annual average NO2) being breached on urban streets is undoubtedly emissions from local road vehicles.

In Scotland the major road locations with the highest monitored levels of NO­2 are Hope Street in Glasgow, Nicolson Street and St John’s Road in Edinburgh, followed by Seagate and Lochee Road in Dundee, Academy Street in Inverness and, on certain days, Dumfries city centre. Even more elevated levels are found in narrow city-centre locations such as the West Port, Grassmarket and Cowgate in Edinburgh. Similarly the Inner Ring Road and Stannergate Roundabout in Dundee suffer from excessively high nitrogen dioxide concentrations as do Parkhead Cross, Byres Rd and Dumbarton Road in Glasgow.

The Covid “natural experiment” elegantly confirms how much of the air pollution, in urban streets, could be swiftly brought under control by the establishment of low-emission zones. It demonstrates how local leadership and local change can make the difference when it comes to tackling polluted air.

COVID-19, air pollution and low-emission zones / Roy Thompson by blogadmin is licensed under a Creative Commons Attribution CC BY 3.0

Covid-19 Out There (Article in The Scotsman)