Glimmer of hope I

How many global deaths will COVID-19 cause?

COVID-19 can be analysed using a tried and tested methodology previously used with great success by energy-modellers, geologists and phenologists.

Using Hubbert’s peak-oil methodology the eventual number of global deaths from COVID-19 can be estimated. At present an extended extrapolation is needed, nevertheless a practical end-point can be glimpsed.

Being isolated, with only a chromebook for company, the maths I am embarking on needs to be kept simple. Fortunately Hubbert’s method of estimating both peak oil and remaining recoverable reserves is elegantly straightforward, and eminently transferable to the task of predicting the course of the COVID-19 pandemic. My lack of computing power also explains the low resolution graphics. 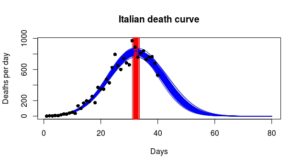 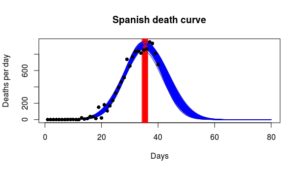 United Kingdom: Visually looks hopeful, however there is still too little data to mathematically determine the likely date of the peak. The UK curve has been lagging behind Italy and Spain. My guess is the UK’s death rate (despite today’s drop) is following the worryingly high Italian/Spanish trajectory. Tomorrow’s UK data should reveal more… 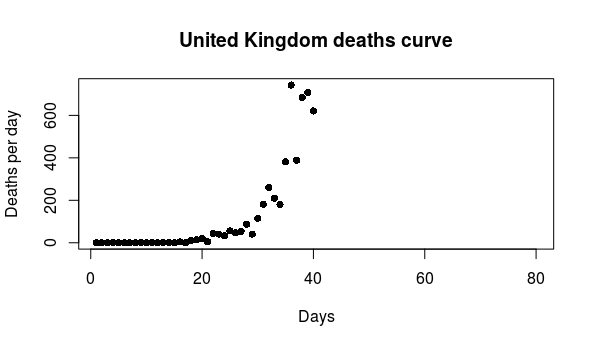 This final graph illustrates how difficult it is to know (currently) how COVID-19 will actually play out in the UK. The blue and green lines are possible trajectories. The red lines possible dates of peak. It could be anything. My best guess around 12 to 18 days from today. In truth we need more data. 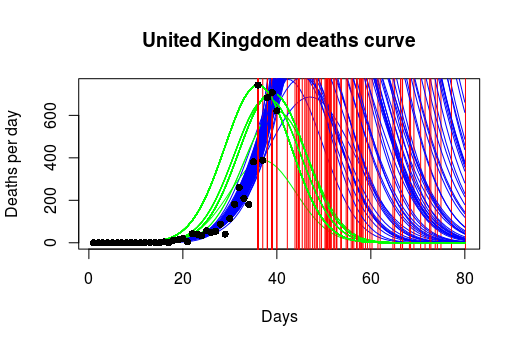 Briefly, I focus on analysing registered deaths. So called test data are to my mind too variable between countries and too unreliable for formal data analysis. I check on model parsimony using ANOVA. A three-parameter model appears to be sufficient at present. This may well change! As the great John Maynard Keynes said: “When my information changes, I alter my conclusions. What do you do, sir?”

Exactly one month ago I began social isolation in earnest. I unilaterally cancelled all my commitments, such as starting a 7-part circumnavigation walk around Edinburgh’s outer lanes, paths and quiet roads for a local (U3A) walking group. I also formally tried hard to persuade other U3A groups, meeting organisers and committees to immediately cancel all unnecessary meetings (in order to save lives, especially of OAPs by the simple means of social distancing). I totally failed, being branded alarmist and disruptive. After a while I have received more favourable comments such as:

“I introduced Roy’s advice [to the committee]. They felt that it was too alarmist and, all other things being equal, we would meet again in April. How wrong they were.”

So  after one month of isolation I thought I would see if there was enough data available to arrive at an educated estimate of global deaths. I think there is. I have stopped watching TV / listening to the news, so have no idea what other estimates may have been arrived at. So this will be a totally independent appraisal. 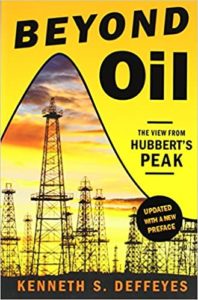 Glimmer of hope I / Roy Thompson by blogadmin is licensed under a Creative Commons Attribution CC BY 3.0

4 replies to “Glimmer of hope I”