Recently each area has been following a different approach (not necessarily closely aligned to their perceived political stances).

The Scottish position remains particularly piecemeal, in need of greater clarity and requires positioning within a long-term energy policy that addresses the question of ‘how is Scotland’s future energy need to be met‘. The way Scotland produces and uses energy is changing rapidly. Consequently an up-front, honest answer that considers the trade-offs that will need to be made, why they are being made, and the financial costs involved is urgently required. 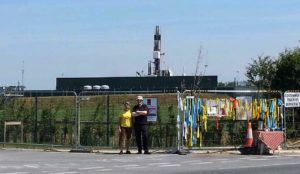 1 Licence PEDL 162 (initially granted in 2008 to Reach in the 13th licencing round) covers a large area (400 sq. km) in central Scotland, stretching from north Glasgow to Falkirk and Shotts. The operator’s commitment to drill one well apparently remains unfulfilled making the decision to extend the licence for a 2nd time particularly surprising.