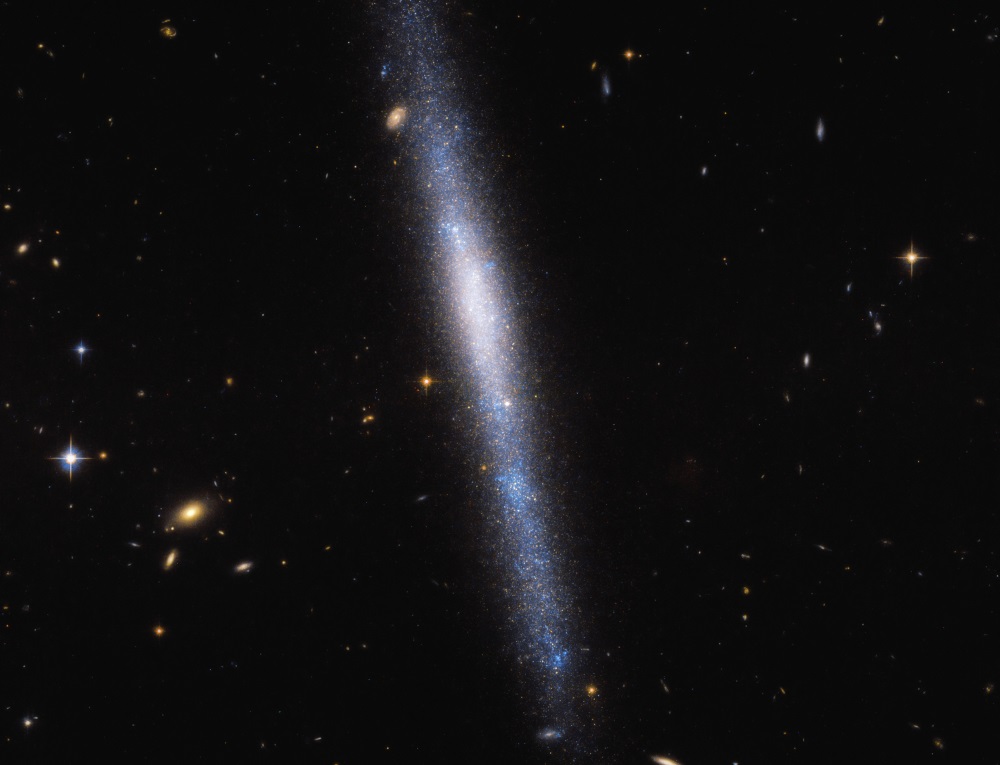 Usually, when talking about astronomy, it appears as though all knowledge originated from Europe.  This is certainly not the case.  Big names like Newton, Hooke, Galileo, and Kepler all fed off of each other’s work, leading to advancements being made but they did not come up with their ideas in a vacuum.  In fact, even within Europe many female scientists have had their contributions ignored.

Ireland has been one of the first countries to emerge with a strong line of female astronomers, who have been influential in their own right.

Perhaps the first of these was Agnes Mary Clerke.  Born in 1842 in Cork, Clerke began taking astronomical observations herself when she was 15, using her father’s telescope to write herself a history of astronomy.  As she grew older, her interest continued, and by the time she was 35, she had published two articles in The Edinburgh Review.  After this, she wrote three books on astrophysics, mostly about star development.

She looked at one of the prevalent ideas at the time about the formation of stars – that they were made of the same matter as meteorites – and she critiqued this theory.  Clerke’s writings pointed out that astronomers should be looking for ideas about how stars formed in the first place, and should try and chart their life cycles, rather than just assuming that stars are constants of the universe and do not change over time.  This turned out to be a valuable insight – we now know that stars form from nebulae and go through many different states of being from when they are created to when their fusion sources run out.

Agnes Mary Clerke was an inspiration to later generations of astronomers; Edinburgh’s own Mary Brück was fascinated by Clerke.  Brück herself was born in County Meath, Ireland, and after she retired from her senior lecturer position at the University of Edinburgh, she wrote a book about Agnes Clerke and what life was like for female astronomers in the 19th century.

In Northern Ireland, the most significant astrophysicist of modern times is Jocelyn Bell Burnell.  While studying at Cambridge, she co-discovered the first 4 pulsars ever identified.  Pulsars are a type of neutron star that emit light from either end of their axis.  As they spin, the beams of light either faces closer to or away from Earth, making their brightness appear to vary from Earth.  This type of emission was not expected by scientists at the time, and so when Bell first detected pulsars, she had to push for the results to be examined; some people in her research group thought their readings were due to faults in the observation equipment.

In Europe from the 15th century onwards, there were enormous breakthroughs made in astronomy.  Some of these were ideas that had already been popular elsewhere in the world; Indian astronomer Aryabhata knew that the Earth rotated around the Sun long before Galileo first made his ideas public.

Still, many advancements in astronomy were made over the centuries by European scientists learning from their predecessors.  Johannes Kepler, the German scientist who first accurately described planetary motion, was hugely influenced by both Copernicus and Tycho Brahe.  He was Brahe’s assistant, and together they embarked on writing an accurate catalogue of the stars.  It was from Copernicus, however, that Kepler made his greatest discovery, using the Copernican model of the solar system, with the sun as the centre.  From these influences, Kepler was able to come up with his three laws.

Today, astronomy is popular around Europe, continuing everywhere from the European Space Agency to Edinburgh’s own Royal Observatory.

Astronomy Across Europe / School of Physics and Astronomy by blogadmin is licensed under a Creative Commons Attribution CC BY 3.0