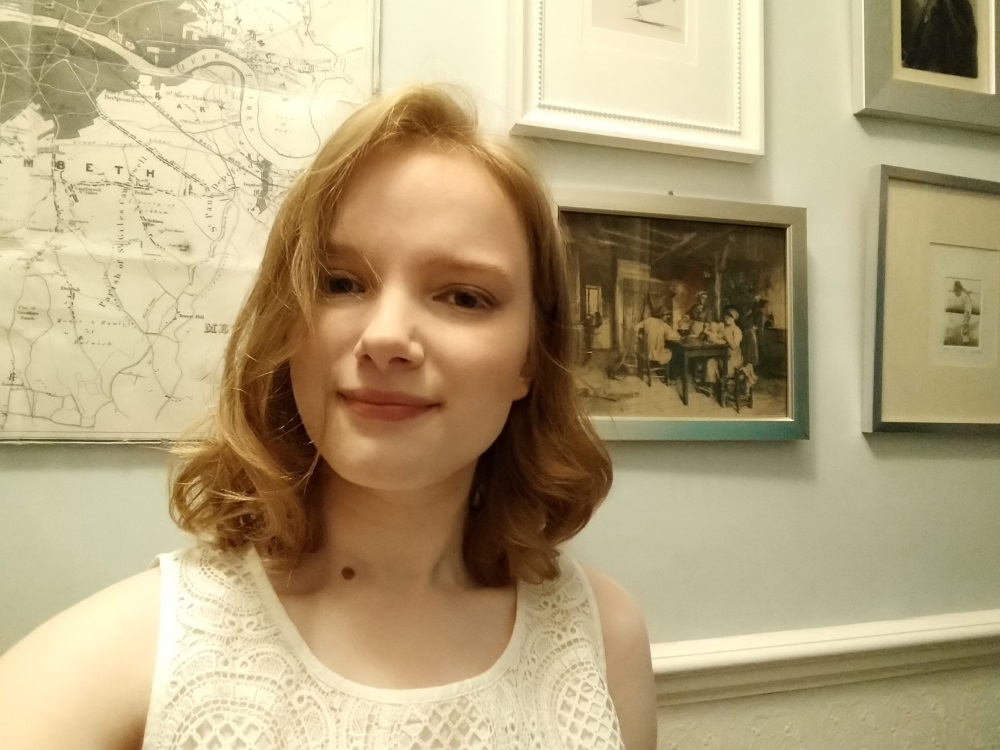 Ray Honeysett is in year 4 of her MPhys Astrophysics degree, and over the summer she worked with the Equality, Diversity and Inclusion team at the School of Physics and Astronomy. Learn about the resources she created which focus on contributions to astronomy from across the globe, and her feedback and advice for other students considering undertaking a School summer placement.

Tell us about the University Employ.ed on Campus student internship role. What did it entail?

I worked for the Equality, Diversity and Inclusion (EDI) team in the School of Physics and Astronomy (SoPA).  This year, the main goal for the team were to update School resources, ensuring they were more inclusive of people from different backgrounds.  I chose to focus on showing that not all scientific knowledge originates from white men in Europe.  At the University, we have students from just about everywhere, so it was important to represent knowledge from all around the world.  In my research, I found out the role of ancient China in discovering pulsars, found the similarities between Māori creation stories and the Big Bang theory, found an Indian scientist who had described gravity a millennium before Newton; all of which showed that science benefits from diversity.

What attracted you to this role? Why is it important for the School community to work on and engage with Equality, Diversity and Inclusion (EDI) initiatives?

I’ve always really cared about EDI; as a queer person with dyspraxia, I have found that I’ve thrived the most in situations where my differences have been embraced and supported.  Also, I’ve been looking into becoming a science communicator in my future career and this job enabled me to test out whether that was something I was suited for. While I was undertaking this role, Black Lives Matter protests were held around Edinburgh and around the world.  Those protests, to me, really highlighted why it’s necessary for EDI initiatives to continue.

I definitely got a lot better at doing independent research, making sure to use proper sources, peer reviewed whenever possible.  There were some skills I used that I really had not expected to acquire in my time as an intern: I learnt about data protection, and how the subjects of interviews and research must have their privacy protected as much as possible.  The University allowed me to complete a course in ‘Effective Digital Content’ which made me a lot more aware of the best way to use websites.

Were there any particular challenges that you faced during the internship? If so, how did you do to overcome them?

The internship was totally digital, which was not originally meant to be the case.  This created some challenges, as the original goal of the internship had been to create a physical display in the James Clerk Maxwell Building at King’s Buildings.  To help tackle this problem, I’ve created the majority of the display digitally.  Once the facilities are open again, I’ll be able to laser-cut my designs and put them up in JCMB, with very little physical work left to do.

What advice can you give other students who might be considering applying for an Employ.ed intern post?

First off: it’s definitely worth applying.  I’ve learnt more on the job here with SoPA than I’ve ever learnt from one of my courses, and I’ve gained experience that will help me find a job when I graduate.  My other advice would be to talk a lot to your colleagues, giving your opinion and telling them when you need help.  It has been really refreshing to work in an environment where the more senior staff care about the opinions of interns.  They care about our perspectives, as students who use the systems they design; it’s part of the reason that they hired us.

Check out the EID section of the blog to read Ray’s articles on astronomy from around the world. Astronomy across the globe!

Find out more about Equality, Diversity and Inclusion in the School of Physics and Astronomy.

Astronomical inclusion! / School of Physics and Astronomy by blogadmin is licensed under a Creative Commons Attribution CC BY 3.0