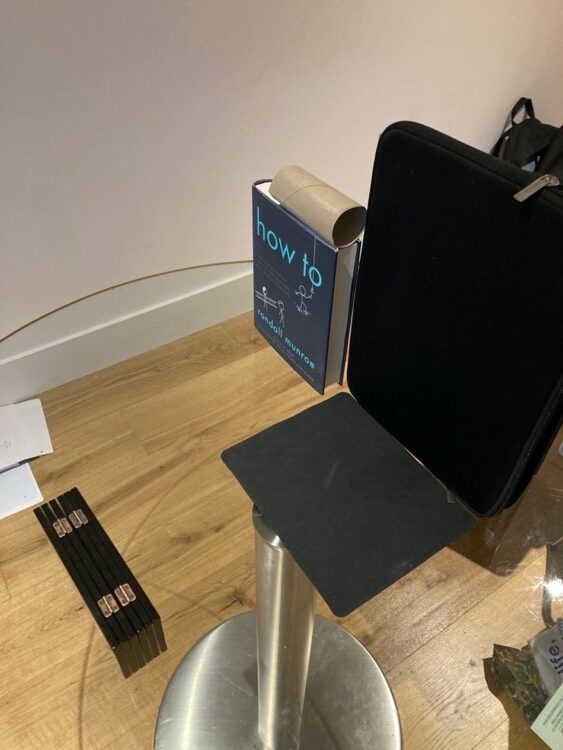 Third year Physics student Annabelle, explains what hybrid teaching meant to her, how she managed to carry on lab work from home, and the support she received for her online exam

When I came back to University for my third year in September, I didn’t really know what to expect, I don’t think anybody did. Once term had started, there were some big changes to what the norm had previously been. For one, all of my lectures were now online: there was a mix of pre-recorded videos and live lectures. The benefit of this was that there was no longer a commute in the morning so an extra hour in bed! Also, the recorded nature of them allowed me to be flexible and plan around any exercise or activities I wanted to do. Next was tutorials. For the first few weeks of term they were online, but I was then able to have in person tutorials. This was really valuable, and it also gave me a chance to see my fellow classmates. I found it challenging not being able to socialise with my cohort as much as usual, so I really appreciated my involvement in extracurricular activities to provide that social aspect to my week.

Although most of my classes could be easily be transferred online, I was concerned about my Experimental Physics course, which needs to be carried out in a lab. The School, however, got this covered! They first split the cohort in two, so for the first half of the semester I was able to do an in-person lab. We were socially distanced in one of the third year lab rooms and had to wear a mask the whole time. It was nice to see people and be able to discuss the lab as we were doing it. The aim of the experiment was to calculate the magnetic susceptibility of different materials and to explore whether this changes due to temperature. We were constantly wiping down equipment and it all felt very safe. I was grateful to be able to have some in person labs as it really is invaluable! Then, for the second half of the semester, I carried on with my work from home where I recreated the perfect lab experience!

The School adapted an already existing experiment that would normally have been done in the labs to one that could be done from home. The instructions were online with a guide of what should get done in each session, so we were able to complete the experiment as if it was in person. My task was to find a value for the acceleration of gravity by dropping an object and filming it in slow-motion, and then using image analysis. My equipment was a ping pong ball (from a beer pong set); a black laptop case (as a dark background) and a toilet roll tube (to drop the ball from to ensure zero velocity beforehand). I used my mobile phone to record the videos and my laptop to conduct the image analysis. It required the frames per second of the slow-motion recording and the size of the object in metres as well as in pixels from the images to get values for the distance travelled and the time it took. We had live sessions on Collaborate with our instructors where we could ask any questions we had and discuss the lab with other students. I was impressed with how they had adapted the experiment to be done with such basic equipment! After doing several repeats and plotting lots of graphs, I had an average value for the acceleration of gravity as 9.15 m/s2 with a relatively low error. Considering the literature value is 9.8 m/s2, I think my DIY-lab was a success!

Another big change was my online exam in December for the course Fourier Analysis and Statistics. It was the same structure as previous years, meaning we still had three hours to complete the exam. The only difference was that at the end of the exam, we were allowed an extra hour to scan and upload our answers as a PDF. It was an interesting experience, and the School of Physics & Astronomy made me feel well prepared. The School gave us the opportunity to complete a practice upload beforehand and provided us with feedback on how to improve submissions.

Hybrid teaching: recreating a physics lab at home / School of Physics and Astronomy by blogadmin is licensed under a Creative Commons Attribution CC BY 3.0