North Korea and the Geopolitics of Development 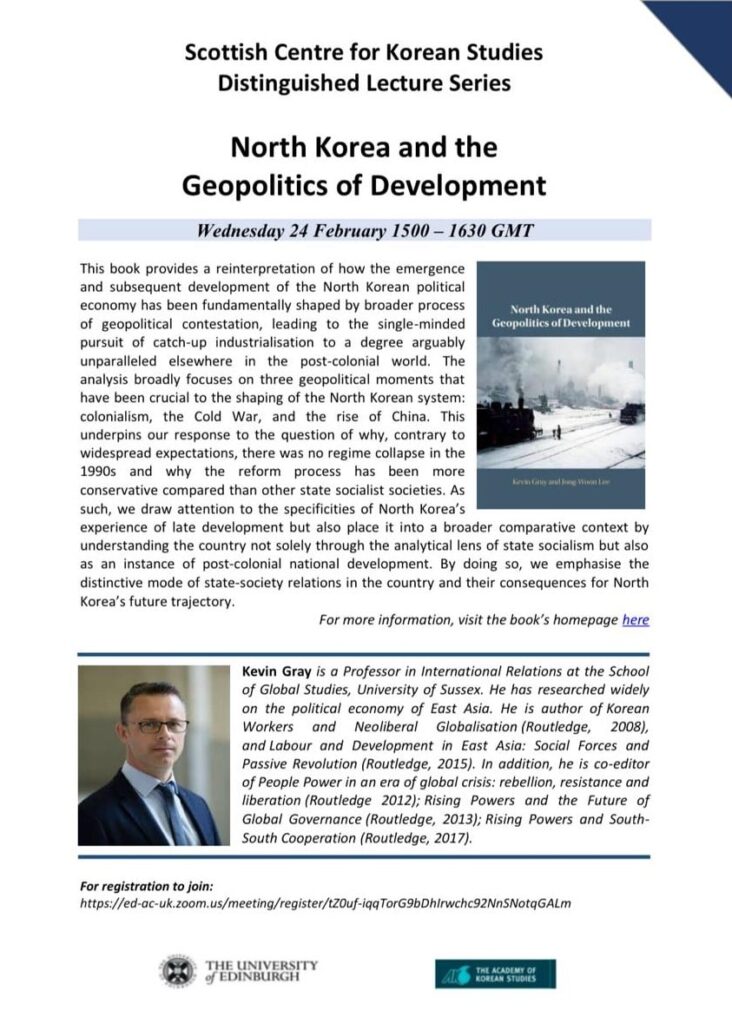 As part of the Scottish Centre for Korean Studies’ Distinguished Lecture Series, Professor Kevin Gray discusses North Korea and the Geopolitics of Development, a book which provides a reinterpretation of how the emergence and subsequent development of the North Korean political economy was fundamentally shaped by broader process of geopolitical contestation, focusing on three geopolitical moments that have been crucial to the shaping of the North Korean system.