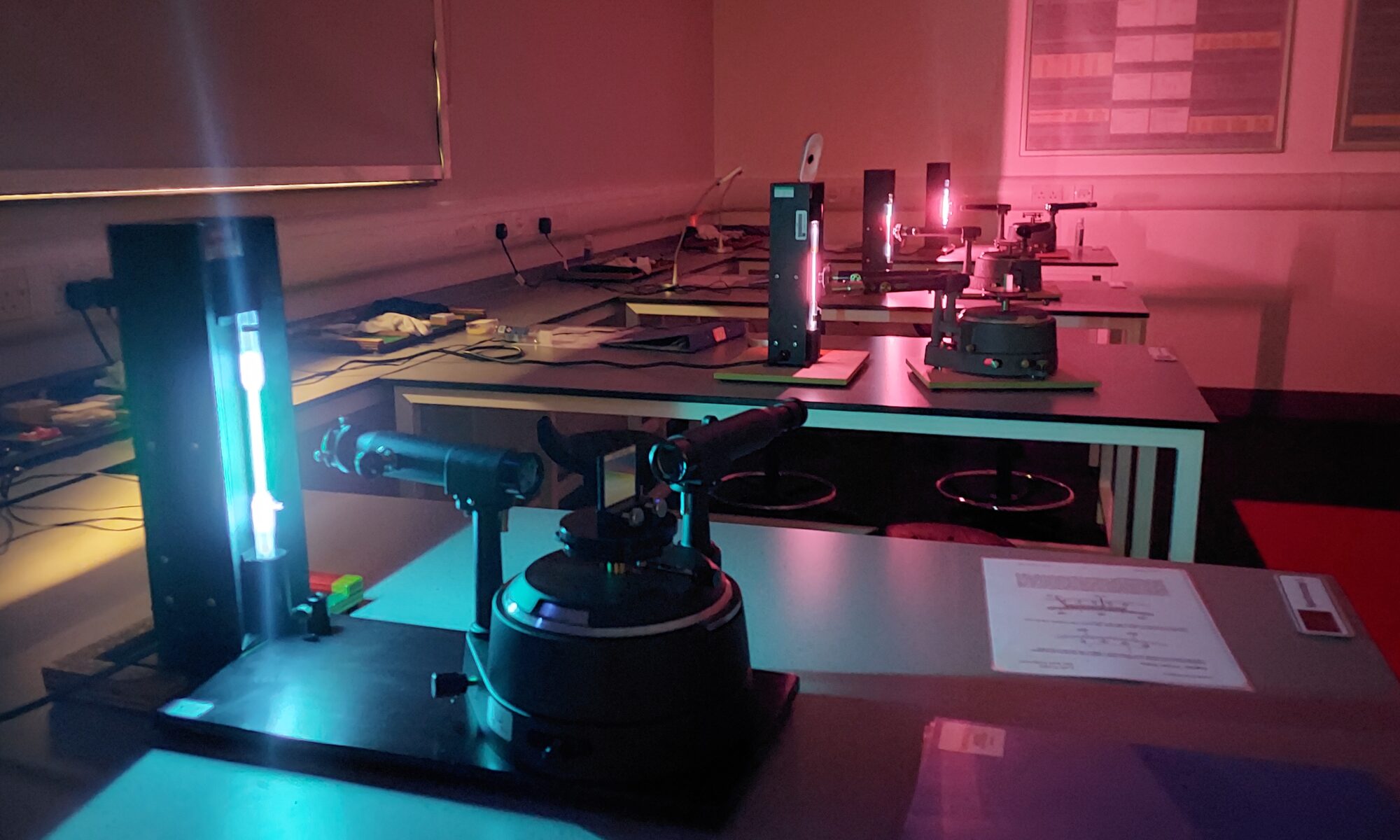 In this blog post, current Physics student Dimona explains what the Experimental Physics 2 course entailed, and what experiments she conducted in the second year of the Physics degree

My first experience of conducting physics experiments in the University was the year-long Experimental Physics 2 course in second year. During the first semester, we were taught the basics of programming, as well as data analysis in Excel. During the second semester, we had to choose two experiments to conduct – one out of two in daylight and one out of three in a dark room.

The last three weeks of the course were about learning how to use basic electronics equipment. We were given three hours per week for a total of nine hours to complete each experiment. The great thing about these labs is that you get to work in pairs and conduct experiments with a lab partner of your own choice! The experiments my lab partner and I chose were on radioactive half-life (daylight experiment) and spectroscopy (dark room experiment).

The spectroscopy experiment had three separate parts as well. The first two were about finding a fundamental physical constant using two different diffraction gratings mounted on an optical spectrometer and a hydrogen lamp. The last part used one of the diffraction gratings with a different lamp to find another physical constant. The challenging part of this experiment was to learn how to align and use the optical spectrometer properly, but it was very rewarding to see it working properly when we collected our data!

The assessment of both laboratories consisted of a lab book and a lab report, each having equal weight. The lab book is where I recorded what happened during the experiment, including all experimental steps I took and the raw data I collected. The lab report was a 10-15 page document written after the conclusion of the experiment, in which I summarised and analysed my findings. While they both sound intimidating at first, we were given detailed instructions on how to write them properly, so the process was smooth.

Labs can get busy, as there are 15 other pairs working on their own experiments at the same time. While this can be challenging, all it takes is some patience and communication with the other pairs to make things work and create a helpful working environment.

Experimental Physics 2 was an extremely useful course in terms of learning new experimental skills – from keeping lab books and writing lab reports, through working with various equipment, to data analysis.

I have no doubts all the skills above will be useful when working as a physicist in the future!

Physics Experiments: A Student Experience / School of Physics and Astronomy by blogadmin is licensed under a Creative Commons Attribution CC BY 3.0