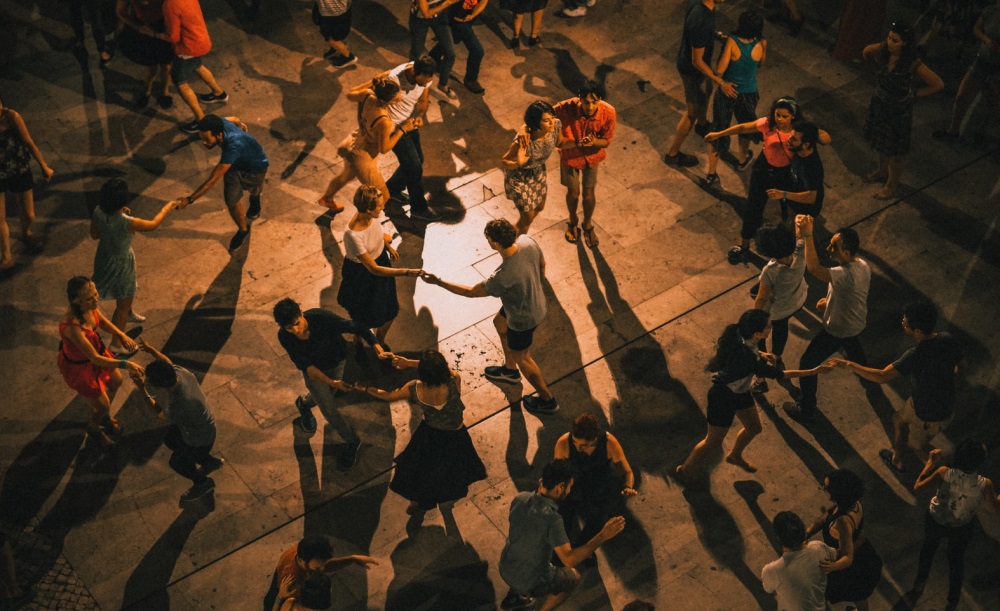 With Burns Night celebrations happening this week up and down the country, I sat down with master’s student Megan Leishman to discuss her work with the organisation Science Ceilidh – a social enterprise working to support communities across a broad spectrum from science communication to wellbeing.

Megan describes herself as a 5th year Astrophysicist and fiddle player and is a member of the university ski club (she says she does “ski racing really really badly”!). I was keen to know how she got involved with Science Ceilidh and find out what she’s been up to!

Can you tell me about Science Ceilidh and how you got involved?

“I did an outreach and engagement course last year in place of a senior honours project, and I got involved through that – they were one of the potential clients that you could work with. Because I play fiddle, and they do traditional music and science, I was drawn to them a bit because it combined two of my interests.

Science Ceilidh is a social enterprise organisation that works a lot with communities. It started out going to schools and talking about how science and music relate. Now it’s kind of expanded to connecting communities and we work with a lot with a range of different people and it’s more about wellbeing and mental health nowadays.”

Where did the inspiration for your outreach project come from, and what did you produce in the end?

“For the outreach and engagement course I needed to produce, well, it could be anything, really! When I was little, my favourite animals were  Dolphins and whales, and I would love the sea and stuff. So, I wanted to make a story about the sea and one of my cosupervisors on my project was actually doing his PhD on whales. So that was super helpful because he helped me with the story a little bit.

I wanted to combine it with, obviously, physics and music because that’s what science ceilidh do as well. It’s about how sound works and everything, aimed for primary school children – primary, two, three age. And it follows the story of Wilbert the whale, who loses his voice and he has to go around all of his ocean home and learn about how sound works by talking to all his friends, who show him how all different instruments work. And then, yes, in the end he finds it – spoiler!”

Could you tell me a bit more about the teacher pack that comes with the resource you made?

“The resource that I made was a story which is in PowerPoint form, so it’s meant to be used in the classroom, but it’s also got activities that  kids can do. So there is make your own whale telephone and lots of classic classroom activities which have been modified to make it whale themed. Because it was during lock down its all stuff that can be made of things that you find in the house as well.”

How do you think that young learners connect with Wilbert?

“I think it’s quite good because it’s a story, so it’s trying to make science less intimidating and more accessible, and kids like colourful things and it’s all very colourful! Hopefully doing the activities will help them to remember some of the stuff as well, because it’s easier to remember once you’ve physically done something.

There’s also a part about ocean sustainability. So they talk about noise pollution in the ocean, which is a giant issue with the amount of boats, pollution and also regular rubbish pollution as well, and how that affects the animals in the sea. So it isn’t just about their science and their music, its connecting with the world around them.”

What inspired your choice to include elements of Scottish culture into the story?

“Originally I wanted to base the whole story in Scotland, in the end it’s kind of very loosely based in Scotland because you don’t really get a lot of the particular animals I’ve included in Scotland. I wanted to include some traditional music aspects as well, because that’s the music that I’m interested in.

I’ve actually been given funding now from Fèisean nan Gàidheal, which is a big Gaelic charity, so I’m  going to translate the resource into Gaelic,  add some more traditional music aspects and hopefully some Scottish folklore as well. So that’s super exciting. Gaelic medium education is growing a lot, now in the Outer Hebrides, you have to opt for your child to be in English education! So it’s really cool. But there’s a not lot of resources because it’s quite a new, not as many as in English. So just trying to translate it is like just adding at least one more, hopefully!

In March hopefully there will be a live storytelling session online, and you can find that on the Science Ceilidh website and their social media!”

Has this project inspired you to continue physics outreach?

“Yeah, I actually now work for Science Ceilidh and I will be working with them full time after I finish my degree! What are we doing now? Science Ceilidh do so much, honestly, I’m currently working with Multi-Cultural Family Base (MCFB) which is a charity that works with refugees that come into Edinburgh, running groups for people who were engineers in their home country supporting them to learn the technical English they need.”

“Probably that they’re not as far apart as you might think, because I think they’re taught very separately, but I think they interact a lot more than you think. And not to be put off by either of them because I know science can be scary for younger people, but it’s trying to make it fun and see that it’s everywhere as well, it’s not just in maths! So, yeah, they can be connected very well!”

Science: instrumental in the community! / School of Physics and Astronomy by blogadmin is licensed under a Creative Commons Attribution CC BY 3.0