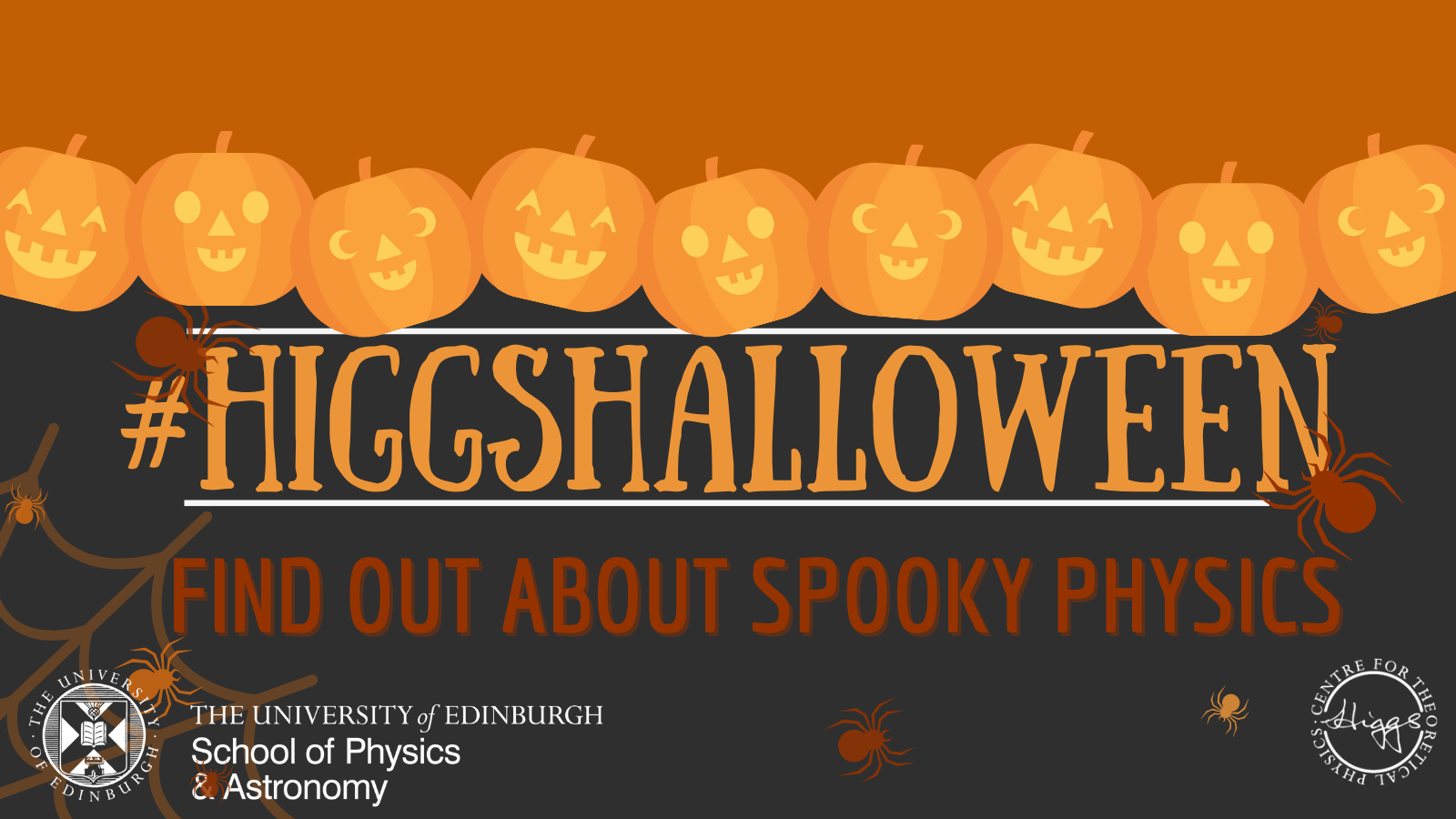 With Halloween fast approaching, I’ve been taking a look at some of the spookiest physics out there for my MSc science communication and public engagement placement. From the story of an inventor on a quest to discover the source of his laboratory’s “haunting”, to chilling solutions to the Fermi Paradox and even questions about the nature of the universe itself (hint: it may not be real), these stories show the creepy side of the physics found in textbooks around the world.

It’s been a fascinating experience finding connections between science and the supernatural, so I hope you enjoy the results!

When inventor Vic Tandy was visited by an apparition at work, he might have been excused for believing the rumours of his lab being haunted. Instead, with the help of his trusty fencing sword, he discovered a crucial clue to the cause of paranormal experiences. Since then, his discovery has explained numerous supposed hauntings, including in the centre of Edinburgh itself! Here’s how a faulty fan system explained the paranormal…

Imagine a brain popping, fully formed, into existence in the depths of space. No, this isn’t a Douglas Adams novel. If the universe lasts long enough then such events aren’t only likely but guaranteed to happen. And, if they do, chances are that you’re one of them…

The Earth is likely but one habitable planet among trillions in the universe, and yet we see no sign of advanced civilisations other than our own. Maybe the reason is that to be noticed is to be doomed. Maybe every civilisation to have made its presence known has been destroyed. Maybe we are all hunters in a dark forest…

To be noticed is to be doomed…

What if I told you that particles on opposite sides of the universe can share an unbreakable connection? That an observation of one instantaneously fixes the previously random result of an observation of the other. This isn’t magic: this is reality. A reality which spooked Einstein himself…

A reality which spooked Einstein.

When we look at the night sky, we see countless stars, planets in our solar system and in others, as well as great clouds of dust in-between it all. But that’s not all that’s out there. Surrounding and amongst what we see is an invisible presence holding the galaxy together. We can’t see it with our telescopes, our most sensitive particle detectors can’t find it: all we have is its gravitational effect on its surroundings. There’s a ghost in the universe, and we don’t know what it is…

There’s a ghost in the universe.

All stories can be found on the Higgs Centre website:

Spooky physics… / School of Physics and Astronomy by blogadmin is licensed under a Creative Commons Attribution CC BY 3.0