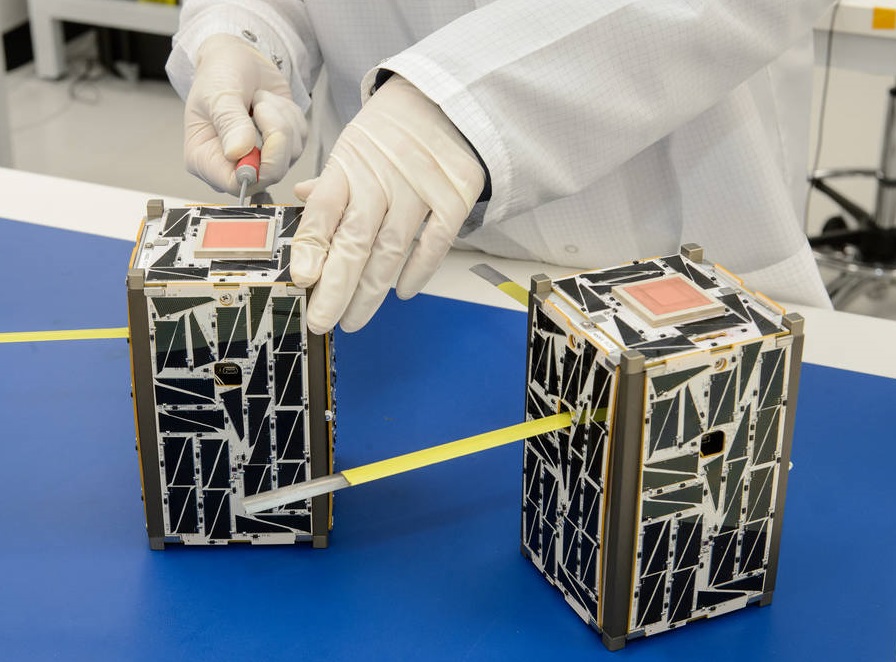 Chris Acheson reflects on the Career Development Summer Project he completed, as well as the employment he has undertaken since graduating with an MPhys in Physics in June 2018.

By the end of Senior Honours year on my MPhys degree I was feeling pretty lost. I didn’t know what I wanted to do after graduating, and was generally feeling pretty demotivated on the course. On a whim, I applied for a summer placement in industry with an interesting sounding CubeSat software company, Bright Ascension. After a friendly telephone interview, I was informed that my application had been successful. What followed was a fascinating summer.

I was tasked with researching an area of forward error correction called fountain coding. This would enable one way communication between a satellite and a ground station over a lousy signal channel. As a task, this involved a lot of maths and programming. The former was definitely my stronger suit, but the team at the company were extremely helpful in mentoring me with the latter. They provided me with a lot of tips and tricks which turned out to be really useful during my final year project. This was also an opportunity to apply some of the skills and knowledge I had gained at university to a real world problem. For me, the penny finally dropped: I had been learning legitimately useful stuff at university. It also helped open my eyes to the benefits of sticking with the Masters year of my degree (for example, it is possible to become a chartered engineer with an MPhys only).

I now realise that it is really difficult to know what you enjoy doing if you haven’t tried many things. Since graduating in 2018 I have had 4 jobs, ranging from machine learning in neuroscience to working in a welders’ workshop. In each job I have gained some technical skills, but more importantly I have learned more about what makes me tick. Completing the summer internship was a key part of this realisation.

It also proved to be an invaluable component on my CV. I have recently started working in the space department of a research institute- this opportunity would have been inaccessible without the internship at Bright Ascension.

Looking back, I am genuinely really glad that I pursued the summer placement in industry.

Learn more about the School of Physics and Astronomy Career Development Summer Projects.

Discovering what makes you tick / School of Physics and Astronomy by blogadmin is licensed under a Creative Commons Attribution CC BY 3.0