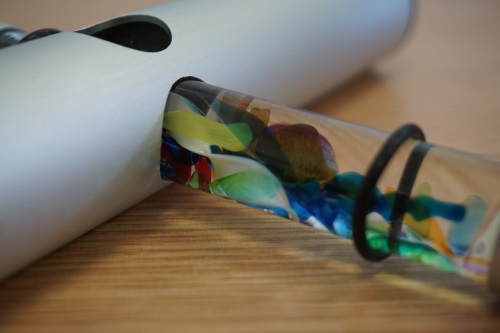 Many of us in physics will recognise the name Brewster; especially if you have learned about optics. Sir David Brewster was born in Scotland on 11th December 1781. He was a champion for physics and optics in the 18th century, all self-taught. He was involved in the development of understanding of the laws of light polarisation, polarisation induced by heat and pressure, metallic reflection, biaxial crystals and many more natural light phenomena.  He studied Divinity at the University of Edinburgh.  He later became Principal of the University in 1859 at the age of 78 until his death in 1868. There is statue of him outside the School of Chemistry.

But did you know that he developed the polyzonal (or Fresnel) lens and invented the hand-held binocular stereoscope, two types of polarimeters, and the lighthouse illuminator. The latter of his inventions revolutionised the way the British built and operated lighthouses, undoubtedly saving many a seafarer’s life by helping them steer clear of land and outcrops of rock close to port. But he wasn’t just a scientist. In Nicholas Phillipson’s words – who was an Emeritus Reader in History and Honorary Fellow at the School of History, Classics and Archaeology at the University of Edinburgh – he was ‘a scientific instrument-maker, a prolific and successful scientific man of letters, admired for his editing of scientific journals, for his biographies of great scientists and, above all, for his popular scientific journalism’. He made science accessible to everyone, not just the wealthy few.

But in 1816 he created a fascinating tool – the kaleidoscope. Putting together all of the optical properties of light he had investigated, he created magical tubes that produced beautiful patterns of light. The instrument was given its name by merging the Greek words for beautiful, shape and to look at. Unfortunately for Brewster, early prototypes were showcased around London to opticians and the design was copied and mass produced before the patent he filed was actually granted. But despite a lack of monetary gain, the kaleidoscope was considered a massive hit in the UK and France with over 200,000 units sold in London and Paris in only 3 months.

Their use hasn’t diminished over the years. Even today, kaleidoscopes can be found in JCMB!  This particular kaleidoscope was were generously gifted to the University by the Japan Kaleidoscope Museum. Kaleidoscopes are so popular in Japan that Brewster’s birthday is designated ‘kaleidoscope day’ in the Japanese calendar. I’m sure visiting one of the 4 private museums specialising in kaleidoscopes in Japan would be quite the spectacle! Given Brewster’s fame around the world, it is no wonder that William Whewell called him the “father of modern experiment optics” and “the Johannes Kepler of optics”.

Symmetries of patterns and lights / School of Physics and Astronomy by blogadmin is licensed under a Creative Commons Attribution CC BY 3.0