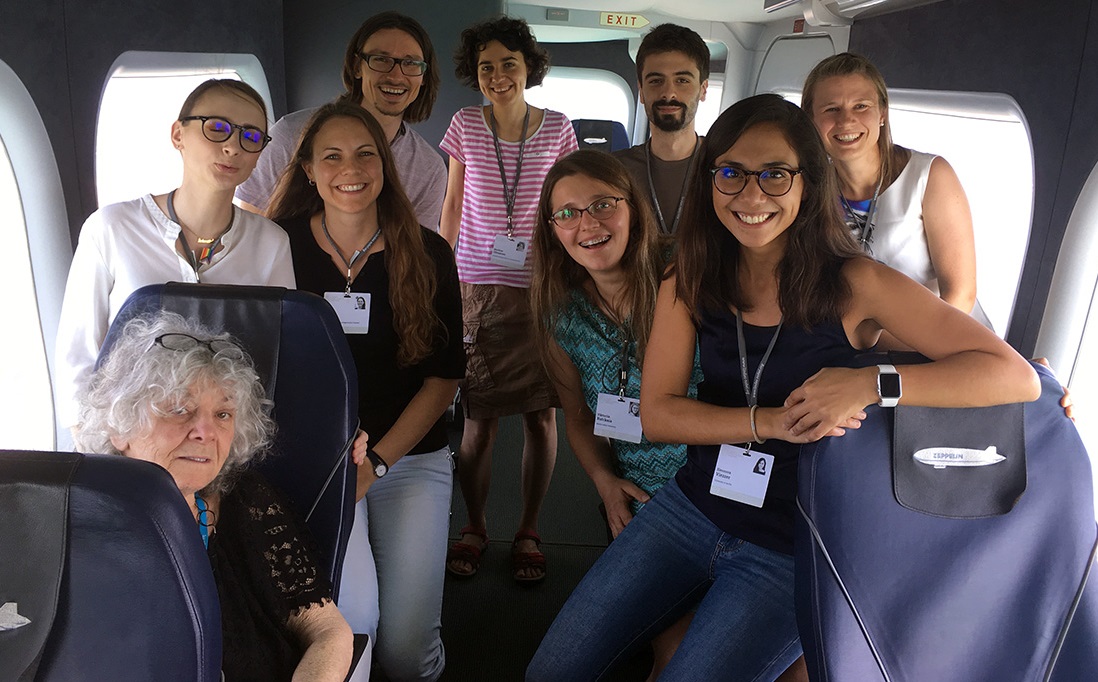 Photo: Carlo on board a zeppelin along with Nobel Laureate Ada Yonath and meeting attendees.

I had the privilege of being selected to participate in the 69th Lindau Nobel Laureate Meeting in Lindau, Germany, together with 39 Nobel laureates in Physics and Chemistry and outstanding young scientists from 89 countries around the world.

The aim of this event was to foster exchange among scientists of different generations, cultures and disciplines.

The meeting, which took off on 29 June, was opened by an impassionate keynote address by Nobel Laureate Brian Schmidt urging the scientists in the audience to be as open as possible with their data, ideas and research, and to aim to make a difference in the world. The same theme also dominated the closing panel of the conference “How Can Science Change the World for the Better?” held a week later on Mainau Island, on Lake Constance (Germany). Nobel Laureate Steven Chu, former Secretary of Energy under US president Barak Obama, asked all scientists in the audience to consider getting involved in politics, for short time periods, to promote scientific thinking and the scientific method amongst decision-makers.

In addition to this broader discussion about the role of Science in society, the meeting had a large number of outstanding traditional lectures, as well as open discussions, panels, science breakfasts, science walks, social evenings, all with the aim of fostering communication between Nobel Laureates and young scientists. All talks were recorded and are available online.

Amongst the many excellent talks, I would suggest:

My personal highlight of this exciting week was a flight on a zeppelin, one of the only six that exist in the world, together with seven young scientists and Nobel Laureate A. Yonath. The flight was kindly offered by the German Helmholz-Zentrum Geesthacht who use the zeppelin to detect and study vortices and eddies to further out understanding of oceanography.

Fostering exchange between Nobel Laureates and young scientists / School of Physics and Astronomy by blogadmin is licensed under a Creative Commons Attribution CC BY 3.0