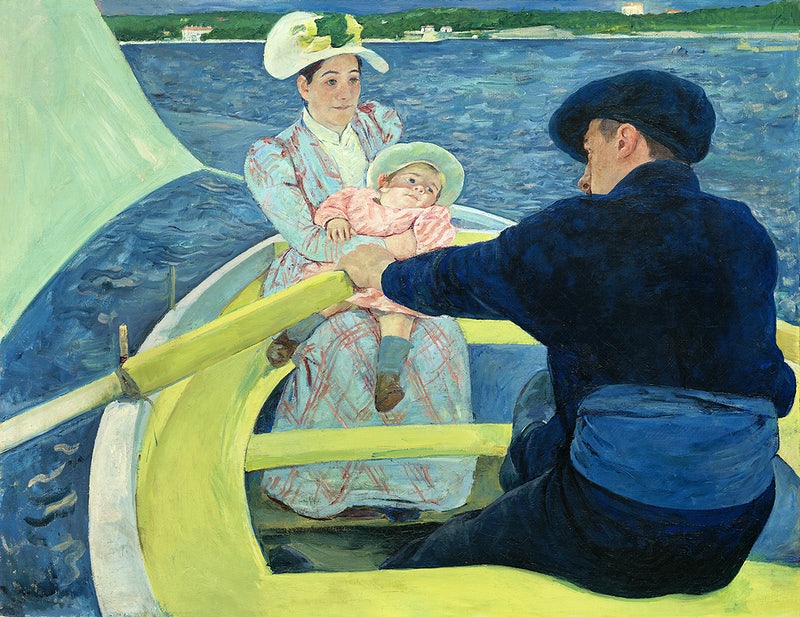 As part of Depression Detectives, we’re holding weekly Q&As with scientists and experts who work on depression or related topics. Our Q&A last week was with Morag Allan Campbell, a historian specialising in mental illness in pregnancy and childbirth, particularly in Scotland between 1820 and 1930.

Morag: Hi, thank you so much for the invitation, I’m very pleased to be joining you here tonight.

I’ve recently finished my PhD in Modern History at the University of St Andrews, and my research focuses on postpartum mental illness in nineteenth century and early twentieth century Scotland, looking not only at what doctors thought and what treatment they used, but also at what families and communities understood and how they dealt with mental illness during pregnancy and following childbirth.

Depression Detectives member I (DD I): For those that are not quite sure (like me who just looked this up!), Morag looked at the years 1820-1930.

Morag used records from the chartered asylums at Montrose and Dundee, court and prison records, and newspaper accounts, to explore how childbearing-related mental illness was recognised, accepted and supported by families, neighbours, friends and authorities.

DD N: I’m interested in the family and community aspect – were people supportive of mothers experiencing mental illness in that time or not so much?

Morag: That varied a lot from case to case, but, on the whole, yes, it seemed to be something that families and communities seemed to expect. Most of my work is based on asylum records and it’s difficult to know much about what they did before women were admitted, but we can piece together stories of how families tried their best to look after women until they could no longer cope.

DD S: You looked partly at how attitudes and treatment differed by class and social group. Could you tell us a bit about what you found out?

Morag: They looked for different behaviours and values in private and pauper patients – willingness to work was seen in pauper patients as a sign of recovery, while the private patients exhibited self control and engaged themselves in genteel activities. They foregrounded different attributes in the patients also. But basically, they judged the poorer patients according to middle class values, which were often difficult or impossible for them to achieve.

DD A: Your thesis sounds really interesting Morag. Congratulations for completing! I’m interested in how how mental health issues would be diagnosed in women after childbirth before the NHS. Did they have midwives? Was there much aftercare? Would they go to a doctor?

Morag: Thank you! Yes, there would be midwives, but they weren’t like professionals at that time. Families would usually begin to notice symptoms, changes in behaviour etc, and most would just struggle on until the woman’s condition improved – most of this is undocumented, so it’s hard to know what really went on. Doctors would be called in if they really couldn’t cope. There wasn’t really any official after care.

DD C: Have you looked at comparisons/ differences between what is diagnosed as postnatal depression or postnatal psychosis today, and what women experienced in the period you studied?

Morag: Yes – there are definite similarities across the different time periods, but in the nineteenth century, the symptoms reported were different – one researcher who did a comparison said that nineteenth century symptoms were ‘more florid’. But the condition tended to be measured much more in moral terms than we would do today.

DD C: What does this mean, in more moral terms? What kind of effects did being unwell have for women?

Morag: They defined mental illness in terms of adherence to appropriate norms of behaviour and assumptions about what was appropriate for each gender.

Morag: I think he meant more extravagant and varied

DD N: Would that mean some people who were diagnosed as mentally ill would be considered not to be unwell by today’s standards? Or is it more that the effects on behaviour were caused by mental illness, but the behaviour changes were what was considered important?

Morag: Good question! What we regard as mental illness differs according to time, culture and society – so yes, it’s a bit of both.

DD I: How did people get out of asylums?

Morag: They were discharged when doctors felt they were fit to leave, and this was usually negotiated with the family. Often, at the asylums I was looking at, they would be sent home on a trial basis. There’s lots of stories about people being ‘put away’ for years, but asylum care was actually quite expensive. I came across more incidences of families trying to get their family members discharged before the doctor thought they were cured. Generally, I felt the doctors were really trying their best to help their patients and were often deeply saddened if they felt the patient had left the asylum before they were restored to health.

DD S: You studied the period from 1820 to 1930. How did attitudes and experiences change over that time?

Morag: Early in the nineteenth century, the dominant idea and treatment was what they called ‘moral treatment’ – it was a new age for treatment of the mentally ill, and they believed they could cure mental illness with the right treatment. Moral treatment revolved around middle class family values and the importance of work in maintaining good mental health. The 1800s saw a big rise in asylum care – with the intention of cure – but by the end of the century, ideas had gone over much more to the idea of the hereditary nature of madness, and they were less confident about cure.

In terms of postnatal mental health, in the 1800s it was all about what they called ‘puerperal insanity’ – they saw this as a distinct condition that they could cure – this also went out of favour by the end of the century, and in the early 20C the diagnosis disappeared. They no longer regarded it as a separate condition and in fact postnatal mental illness also became invisible in the first half of the 20C (making it very difficult to research!).

DD S: “the importance of work in maintaining good mental health”. Sounds a bit like the workhouse! Were women forced to scrub laundry and so on?

“Moral treatment”, were they being read extracts from the bible and things like that?

Morag: That’s an interesting comparison! The work ethic was very much part of the treatment, so yes, they were made to work, but only when they were fit to do so, and they did various things. The doctors thought that work occupied the mind and kept dark thoughts at bay. Women did work in the laundry, but also in spinning and weaving, and helping out on the wards. There were also cases of women being employed as nurses/attendants after they were discharged. Later in the century, most asylums would usually have farms, and patients would work in these to grow and produce food, for consumption in the asylum and outwith. It was seen as a collective thing, and many of the patients took pride in it. I expect they were read lots of things out of the bible (Sunday worship was a big thing, but then it was outside of the asylum too at that time); but moral treatment really meant training the patient to behave according to strict moral values, and recovering the patient’s reason through encouraging appropriate behaviours and attitudes.

DD S: What did Victorians think the *causes* of postnatal depression were? And what kind of treatments did they use?

Morag: There was lots of debate about this, and ideas about what actually caused it varied enormously. But at the root of it, they believed that women’s reproductive organs and cycles were pretty much the cause of all a woman’s mental health problems, and puberty, childbirth and menopause were seen as particularly dangerous times.

Having said that, treatment was pretty much the same for any patient, as they had little useful medication to give. Treatment usually started with the bowels – they were very keen on purging! There was also some bleeding and cupping (blistering). But mostly, they concentrated on giving women a good diet and a rest. Many of the women I looked at were living in poverty, and their stay in the asylum gave them a regular decent diet, and they would also get treatment for ongoing health conditions, such as piles. Improving the patient’s physical health had positive consequences for their mental health.

DD S: So they thought of what we would now call PND as a completely separate thing from other forms of depression?

Morag: Yes, though again there was much debate about this, and not all doctors agreed that it was separate.

DD N: You mentioned asylum care was expensive – how were women living in poverty/their families paying for it? or was it ever subsidised?

DD S: In Scotland, most asylum care was provided by large charitable institutions, funded through public donations and fees. There were very few private asylums in Scotland, and the big asylums catered for private and public patients. The fees for the private patients were paid by their families, and the pauper (public) patients had their fees paid for by the parish they belonged to – local authorities were basically church-based.

DD N: And that’s all we’ve got time for! Thanks so much for coming Morag, this has been super interesting

Morag: I hope all that made sense – those were some really good questions! 😃

One thought on “Mental health, pregnancy and childbirth in history: A Q&A with Morag Allan Campbell”