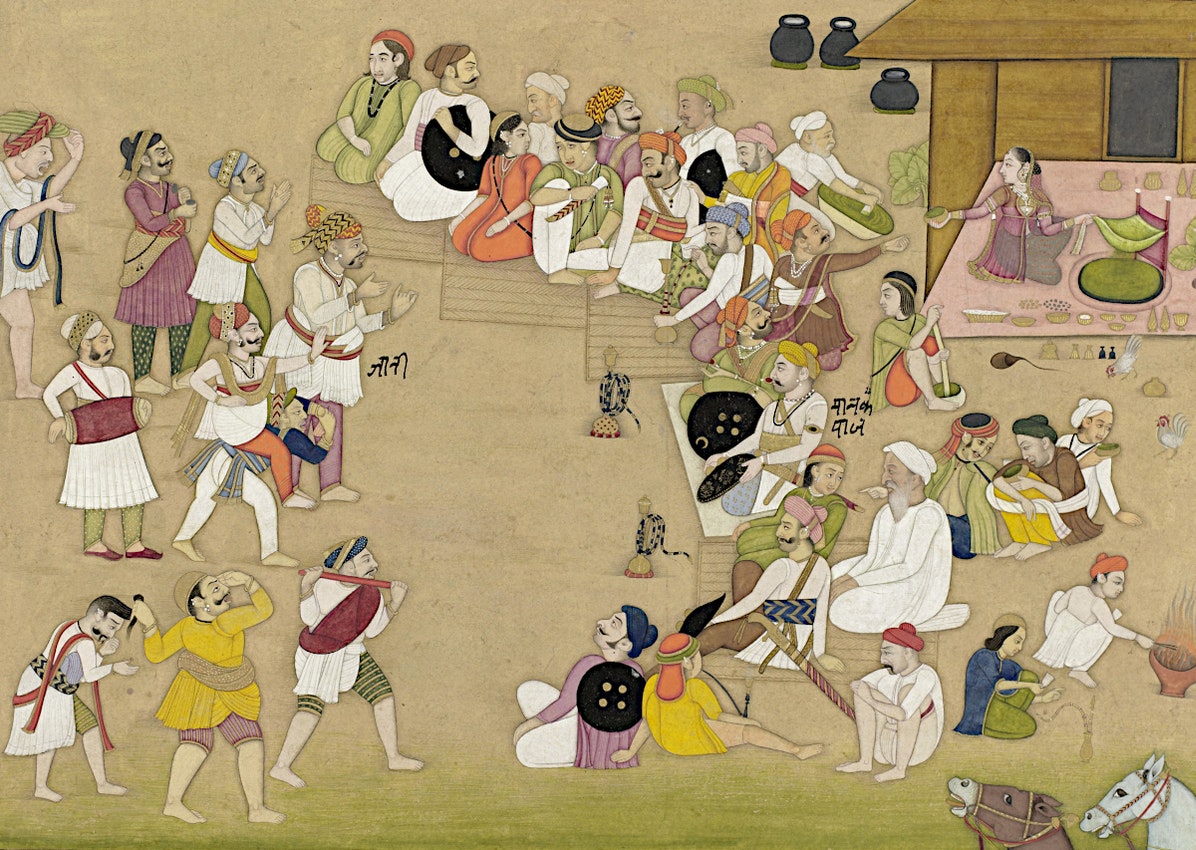 As part of Depression Detectives, we’re holding weekly Q&As with scientists and experts who work on depression or related topics. Our Q&A last week was with Stefan Ecks, a social and medical anthropologist from Edinburgh University.

Stefan: Hello I’m Dr Stefan Ecks from the University of Edinburgh. I’m a social and medical anthropologist. Most of my research has been in India, on how people there experience and think about depression. I also worked in Nepal, Myanmar, and the UK.

Much of my research is also about how psychotropics are used, esp. Antidepressants.

Depression Detectives member S (DD S): So what differed between how people in the U.K. experience and think about depression, to how people in India do?

Stefan: There are so many differences! When I started studying this in the late 2000s, the word “depression” was still quite uncommon in India. People would use a whole range of other expressions, which had some overlaps with English “depression” but never matched.

Then the medical treatment is different. There is almost no counselling or psychotherapy.

DD N: Do you think that means they were experiencing something different, or talking about the same thing in a different way?

DD J: I was wondering something about demographics of areas and how that works with what seems to be a lot of services provided by charities. Is there any indication that this shuts out or misses some groups of people? Are there geographical areas/demographic groups that seem to have more options available than others due to what charities are operating where?

Stefan: In the UK, the vast bulk of treatments is given by NHS GPs. This is, as far as I know, fairly uniform across different areas of the UK, though you have some regional variations in just how many people are given drugs. I would also guess that deprived areas have much higher rates of people getting treated with drugs than richer areas.  Charities focus on non-drug counselling.

DD S: Stefan, you said ‘when you started studying depression in India’, have you found it’s changed over time? And would I be right to guess that different demographics have changed first?

Stefan: A lot has changed, treatments for depression have become more common and most people now also understand the term “depression”. I worked a lot with Indian pharmaceutical companies that produce antidepressants, and it’s clear that their products are now used across the country, even in remote rural areas.

I was also surprised that antidepressants are prescribed by so-called “quack” doctors, which are very common in rural areas. They are using antidepressants routinely now.

Changing demographics are also at play, but most important is more awareness and less stigma

Stefan: Yes, they have no license and are technically illegal, but the police tolerates them because there aren’t enough licensed doctors.

DD S: I guess I was wondering if more affluent, possibly more westernised, Indians changed their ideas about depression first?

Stefan: Yes, that’s the case. Though epidemiological studies show that people with lower education, income, and socioeconomic status are more prone to depression.

DD S:  But are they all equally ‘allowed’ to have depression? I mean, I’m thinking of my grandparents generation, where, you know, it was ok to go to the doctors with a broken arm, but mental health challenges, you were just expected to get on with.

Stefan: 20-30 years earlier people would have interpreted the symptoms differently. E.g. there was a very strong spiritual mode of interpreting depressive symptoms, and the recommendation would have been to seek a spiritual cure, e.g. praying, going to temples, meditation, speaking to gurus.

Depression as such has never been much stigmatized, whereas many other mental disorders were, esp. Schizophrenia.

That idea of “just snap out of it” has definitely been very strong in India as well. Just get on with it: it’s something that even a lot of Indian GPs would have told their patients.

DD S: That’s really interesting. I’m wondering what advice a priest would give someone who went to them for their depression, and whether it helped.

I’m also wondering if in the past, people in western countries might also have gone to see the priest or vicar about their melancholy. And whether that helped?

DD I: Organised religion can be both a help and a hindrance (e.g. for many it provides additional community support and people to turn to for help. But sometimes mental health is regarded as a punishment for sin / consequence of not praying hard enough or doing the right rituals.

It would be interesting to hear if Stefan has noticed any difference between countries / religions.

Stefan: Fascinating question. Christian religion is quite well known for making people anxious about “sin” and its consequences. But it’s not linked to “depression.”

Stefan: In India I heard countless time how everything is “in God’s hand”. I think this really helps people to cope with adverse life events. Bad things don’t get internalized, and there’s no need to feel guilty about them. It’s fate.

DD S: An aid worker in Nepal told me that in his experience Hindus were sometimes sceptical, or downright antagonistic to aid work. Because they thought poor people were poor because of how they’d behaved in a previous life, and there was no point trying to change it…

DD C: Such an interesting question. Related to that, I wonder if negative effects of religion on mental health might be connected with something called “spiritual bypassing” – ignoring emotional and personal issues for the sake of the spiritual. For example, if people feel that they need to forgive others before they have stayed with and worked through feelings of pain or anger. Would you say this happens in Indian religions, too, Stefan?

DD C: Could you tell us a bit about whether social and economic changes in the West might have contributed to a rise in depression?

Stefan: This is one of the most important questions! because depression is such a paradoxical problem. With almost any other disorder, the richer people are and the more treatment they get, they either don’t get it or they get better. Depression keeps rising at the same time as antidepressant prescriptions are skyrocketing. The drugs should reduce the number of people with depression, but there is no sign that they do. And why is it rising so much? this is something that the Indian doctors are also very concerned about: they think that life in the past was better compared to now, less stressful.

Stefan: The trickiest question! We’ll never have a clear answer to it because the awareness of the diagnosis (and the drugs) change the experience, and change the number of people suffering from it. All we know for sure is that, even in India, more and more people are reporting with symptoms of depression, as well as more and more getting treated.

There is a lot in India’s pluralistic medical system (with a strong presence of Ayurveda, homeopathy, etc.) that offers alternative diagnoses, and alternative treatments.

DD N: Does the difference in culture around family / social support make a difference in other countries? We have quite an individualistic culture in the UK.

Stefan: This is a key assumption, and I think it’s true. There was a fascinating set of studies done by the WHO in the 1960s on recovery from schizophrenia, and India came out as far better than the UK, and the explanation was that family/community support is so much stronger there.

This question of “individualism” has many further aspects. One of them is that Indians used to live in large joint families, including 3-4 generations. There was much less “individualism” when you live with 15-20 other people.

Also, depression has to do with a disordered sense of “value”. I think depression is rising with rising individualism is that one’s selfworth is never secure. There is a deep connection between modern forms of capitalism and depression in this regard.

DD N:  It’s a big question but… do you think there’s any way of fostering that kind of community support system in places that don’t have it?

Stefan: I think community protects against depression. If community can be fostered from the outside, rather than be built by people themselves, I’m not sure.

DD C: Could you explain a bit more how capitalism and depression are related? And what a disordered sense of “value” means?

Stefan: In its current form, capitalism asks people to constantly be better, to improve, to strive, etc. That easily creates a feeling of “never enough”. No matter how much work you do, no matter how much money or esteem you gather, it will not be “enough”. That’s one reason why capitalism creates a kind of “rat race” feeling of stress that people arguably didn’t have. Also now people work in service industries, and being creative and “self-driven” is so much more important for many jobs. Any shortfall in “creativity” or “drive” or “enthusiasm” will be so much more noticeable. I imagine that, 100 years ago, farmers didn’t need quite as much self-driven enthusiastic creativity for their work.

DD S: Thinking about *within* a country, do different demographics or cultural groups experience depression differently? Do some groups get it more or less? Do different groups react to it differently? Seek different sort of treatment?

DD I: So it’s more about relative poverty compared to your neighbours than absolute levels of poverty (e.g. income compared to another country).

Stefan: Yes, it’s relative status. This is the most important factor, I think, and way too little research is being done on this. Because how much money someone earns is so much easier to study than how this amount of money “feels like” compared to others around oneself.

Richer people tend to be more suspicious of drugs, and tend to seek nonpharmacological therapies more.

DD S: Or is it just that richer people can afford to pay for more non-drug therapies?

Stefan: That too. It’s a big problem that non-pharma therapies are often far more expensive. E.g. there is a lot of non-pharma psychotherapy also in South American countries, but it’s entirely the preserve of the richer people.

DD S: But, eg, the stereotype would be that men find it difficult to talk about their feelings. And might be less likely to admit they aren’t coping, and seek treatment. (And are more likely to die by suicide).

Older generations might set more store by being ‘stoic’, and there is maybe a perception that younger people are more open about mental health.

Stefan: Gender differences still play a big role, yes. I think a lot has changed in the UK here though.

DD N: That’s all we’ve got time for! Thanks so much for coming Stefan, this has been super interesting.

Stefan: Thanks for having me!

Depression in Social Science: A Q&A with Stefan Ecks / Depression Detectives by blogadmin is licensed under a Creative Commons Attribution CC BY 3.0