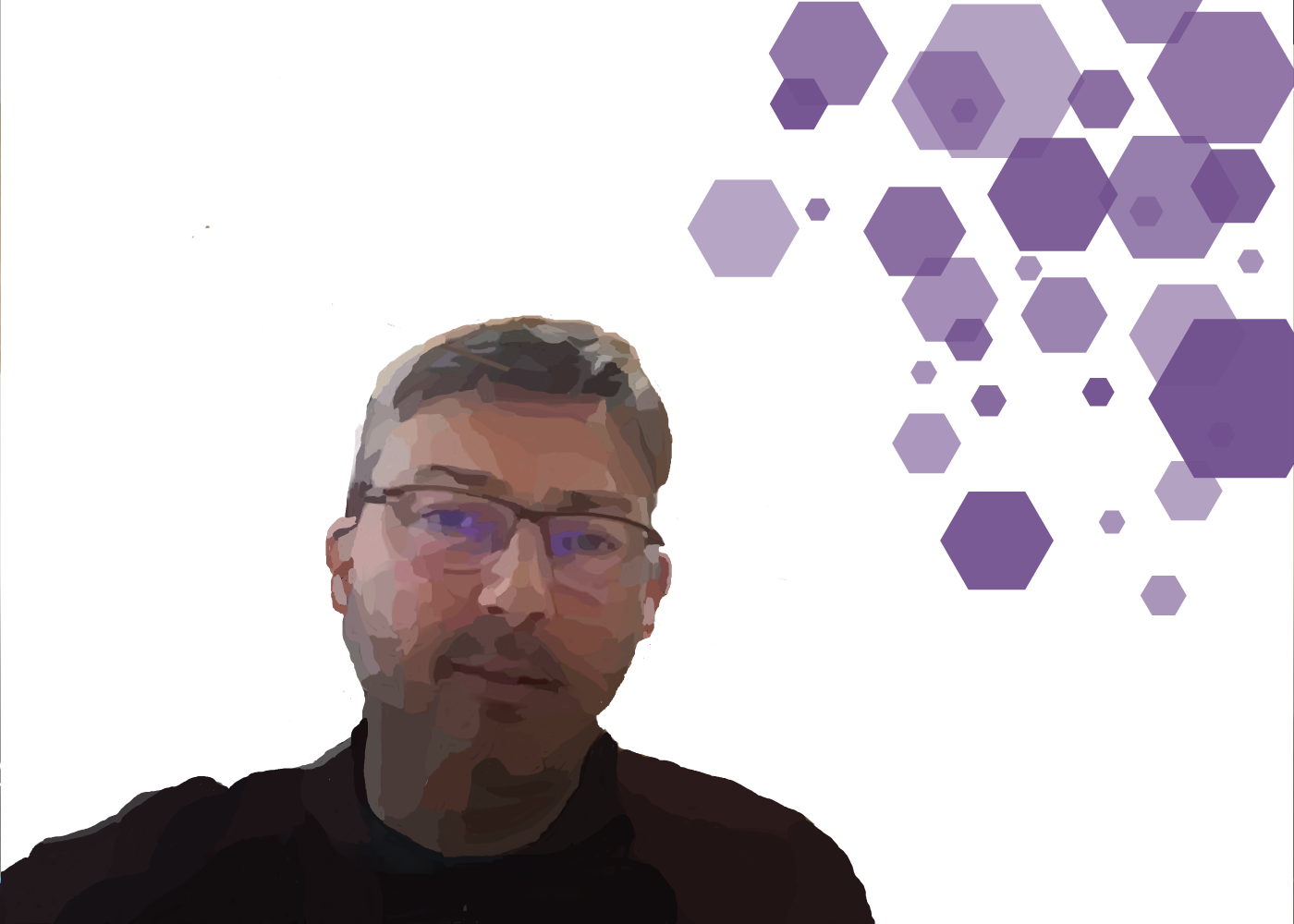 Steven completed his PhD in soft matter physics at the University of Edinburgh, and now works in the chemical industry as a Research Engineer. In this article he reflects on his continual journey of learning and development, which is grounded in his confidence to tackle experimental problems.

Steven works as a Research Engineer for chemical company Solvay. “The work is really varied and I work on many different projects in parallel. Any one of the Solvay business units could be asking my team to help them in their projects, and work will involve formulating, testing formulations, doing rheology or microscopy, then producing data to analyse and present.” With production sites, business centres and research centres across the globe, Solvay works to create chemicals and materials to help bring advancement to many sectors including transport, water treatment and healthcare.

Steven goes on to explain how the relationship between his team and the wider company operates: “Typically you’ll have an application lab associated with a particular activity, working on the ingredients, selling them to customers and being in contact with the client. But they might want to do some more fundamental research which they don’t have time to do so, they will say ‘can you characterize these types of formulations’, ‘find out how this coating works’, ‘we want to understand problem x’, or ‘we want to know where such and such a component is putting itself in this mixture’ and it’s these projects which my team and myself work on.”

I was curious about the academic background of his team. He explained that his colleagues cover a wide range of skills and expertise from physical chemistry to robotics, automation, image analysis and physics, some of these reflecting the company’s move to automate routine tests and processes.

From undergraduate to postgraduate research

“I always had this plan to do a PhD and liked the idea of being free to study what I want.” Steven was keen however on gaining work experience between his undergraduate degree (Physics and Astronomy at the University of Bristol) and PhD degree (University of Edinburgh). He spent six months conducting testing for a communications company involved in submarine and optical fibre cables, and then 18 months as a computer programmer at Price Waterhouse Coopers.

He recalls instantly falling in love with Edinburgh: “I took the train, got out at Waverley station and the first thing I saw was the Scott Monument. Then I saw Edinburgh Castle and thought ‘Wow’. I thought ‘well, if the university and the people are nice, I want to live here’.”

Steven was part of the School’s Soft Matter Physics group, with research focusing on understanding the properties of colloids (colloids are heterogeneous mixtures in which the minute particles of one substance are dispersed in another substance), which have a variety of industrial uses, such as thickening agents, manufacture of inks and paints, food, and water and wastewater treatment.

“My first work was looking at how changing concentrations effects a suspension of particles by measuring the viscosity of that mixture.” Following that, he looked at adding polymers to mixtures and measuring depletion attraction, their formation to gels and how they sedimented.

I asked him about his research experience. “It was a big learning curve at the beginning. Before I came to Edinburgh, I knew what polymers were but I didn’t know what colloids were because I was a physicist and at that point colloids were in chemistry. Also I was not used to some of the lab work – the postdocs had lots of infinite patience to listen to my questions and educate me.” He also commented that he thought the research process would be a lot quicker “it took me a while to realize that even small advances are a big deal”. And he felt intimidated the world of journals “I was initially worried about scientific criticism and making mistakes in my results”. “I think what saved me was doing manual experiments – I could play around with the formulations, look under the microscope and get quite quick answers. That manual side was quite interesting.”

After completing his PhD, Steven completed two postdoctoral research posts in Edinburgh – looking at the colloids in liquid crystals, and undertaking research with industrial partner Unilever. He then went to Harvard University where he completed research for motor applications (relating to soot in oil). “This is the good thing about academia, getting to try different jobs and work in different places.”

Family reasons took him to Paris where he initially worked for Rhodia (which was bought by Solvay) and then Bordeaux. “I was working in coatings, so this is when Rhodia made latex which you find in paints. There is a direct link with colloids because they are basically particles in water.”

Steven enjoys the fact that he has been, and still is, learning new things in his role. “I’ve got so much variety in my role, and this makes it interesting. By nature I’m learning all the time. Also I’ve got lots of colleagues from different backgrounds and I learn from them.”

It is not an understatement to say that his journey has been a huge learning curve – moving from the UK to France meant that he had to learn the language, the company jargon, as well as chemical terms. “I felt continuously out of my depth in certain aspects, and had to hang on in there, but always felt confident in my ability to be able to tackle a problem if it was described to me and was an experimental one, and to do some tests and say, these are my conclusions based on what I’ve done – that’s a solid foundation.” Looking back at his school education, he recalls how he dropped French and Chemistry in favour of other subjects and laughs that he is now working in France for a chemical company!

Gain experience and know your skills

So what advice would he give current students? “It is good to try different things, but do them in a manner where they can be put on your CV and sold as a good skill”. One of the main things he learned while doing the PhD was learning how to approach a subject which you don’t necessarily know everything about. “Learning the skills for attacking problems that you don’t know where to start is valuable.”

Alumni stories: Steven Meeker / School of Physics and Astronomy by blogadmin is licensed under a Creative Commons Attribution CC BY 3.0