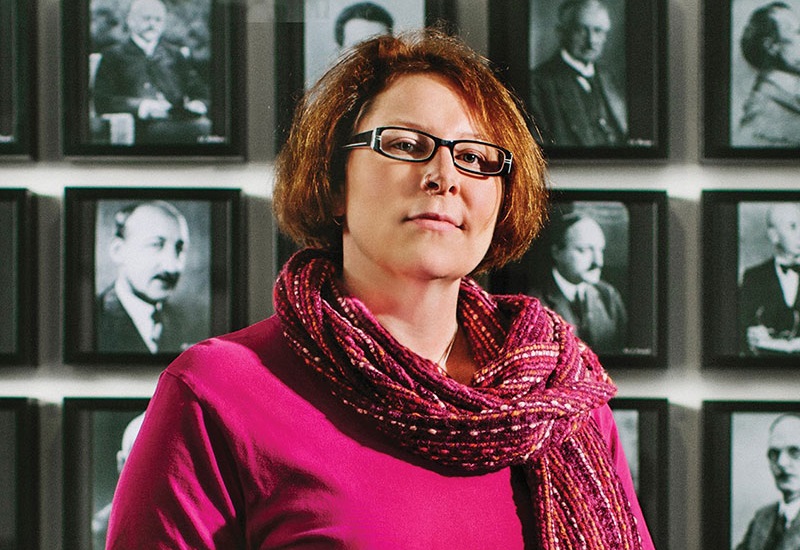 Tell us about your research. How does it link to ice cream?

We are studying a biofilm formed by a very common microbe called Bacillus subtilis. We’re interested in the fact that it’s basically waterproof. We discovered the protein that makes this biofilm water repellent, and it does this by going to an interface between liquid and air and forming a film. Ice cream contains air bubbles which make it lighter and easier to scoop.  It also contains oil (fat) and ice crystals. The protein we found goes to the surface of the ice crystals, the surface of the air bubbles and the surface of the oil droplets and stabilises all of them. By doing this you can slow the melting down of the ice cream!

What challenges have you faced in this research?

We had to learn how to make ice cream for a start! Also, working with natural products is always a bit tricky because things won’t be the same every time. There will sometimes be a little bit of variation that you have to deal with.

What inspired you to get involved with science (and biofilms in particular)?

Science was a little bit of an accident. I wasn’t sure what I wanted to do. I did my degree in Biology, but after that I decided that Physics was what I really wanted to do. As for biofilms, it was basically a chance meeting with a collaborator who I’ve been working with for the last seven years. We got along very well from the start, so we just started working together and it’s been fantastic.

What else are you passionate about?

I am a very vocal advocate for women in science. When I arrived in this department, there was only one other female academic staff member. I am actually the first female Physics professor this University has ever had, and it is a four hundred year old University.

I have also been heavily involved in a primary school programme which develops tools for teachers to engage younger pupils in science subjects. It’s important to catch pupils early and get them interested in these subjects.

What is your favourite thing about your work?

My favourite part of my work is probably when I’ve been working hard to understand something that no one else has understood before. It’s like that ‘Eureka!’ moment where suddenly it just makes sense, which makes what I do really fun.

Find out more about biofilms at:

National Biofilms Innovation Centre, of which Cait MacPhee is a Co-director.  The centre works to establish a network of research in the study of biofilms to achieve breakthrough innovation.

The physics of biofilms and ice cream / School of Physics and Astronomy by blogadmin is licensed under a Creative Commons Attribution CC BY 3.0