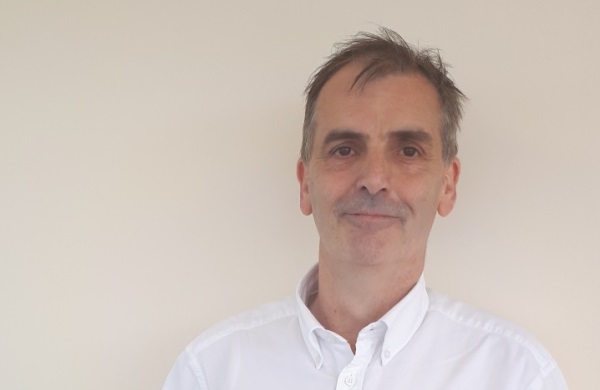 As he starts his appointment of Head of School, we chatted to Prof Jim Dunlop about his vision for the School, his early career ambitions (which were far from physics!), and his advice for students.

By Luke Mitchell and Caroline Keir

Taking on the role of Head of School brings with it a whole host of challenges that he is wary of, yet eager to tackle head on. A twin focus will be improving the student and staff experience. “For students this will include improving facilities and creating a sense of community.  For staff it will be working to remove unnecessary administration so that they  can focus more on research and teaching, and to allocate more time to students.” He is also keenly aware of the importance communication plays in leading the School’s work towards a unified goal “it is important to ensure students and staff understand why we are doing what we are doing.”

As his appointment coincides with the UK’s research quality exercise, one of the initial challenges Jim faces is preparing the School for this assessment.  A positive outcome in this is key to securing sufficient funding for the School, as well as ensuring the School maintains its position as a global leader in physics and astronomy research.

Prior to his position as Head of School, Jim held the post of Head of the Institute for Astronomy for 6 years. During this time he oversaw a sustainable and unfragmented growth in the Institute. “Two particular areas of research have strengthened during this time – exoplanets and super computer simulations, thus allowing for PhD opportunities in these areas”. This post enabled him to strengthen relations between the Institute and the School, University and external partners including the UK Astronomy Technology Centre (with which the Institute shares the Royal Observatory site).  This leadership and negotiation experience will no doubt serve him well in his new role.

Jim is a Fellow of the Royal Society (FRS), Royal Society of Edinburgh (FRSE), and the Institute of Physics (FInstP). Throughout his tenure as an academic, he has been awarded funding by the Science and Technology Funding Council (STFC) and European Research Council (ERC), and he received the Royal Society Wolfson Research Merit Award.

His research focuses on extragalactic astronomy and cosmology – the study of the Universe on the largest scales, and over all of cosmic time. “Much of my research focus has been on the formation and growth of galaxies. Using the world’s largest telescopes, one can detect the faint light from very distant galaxies, and due to the finite speed of light, this means viewing them as they were a long time ago. So astronomy is unique among science in providing a direct time machine.”

He has taught courses in various areas of physics such as Fourier optics, particle physics and astronomy, and has gained extensive previous teaching experience, following his initial pursuit to undertake teacher training upon completion of his degrees.

With regards to his degrees, he completed a BSc Honours Physics degree at the University of Dundee, then undertook a PhD on the cosmological evolution of radio galaxies and quasars,  here at the University of Edinburgh. Jim’s initial career ambitions didn’t include physics however: “When I was at school, pupils were pushed towards a career, and physics was not seen as a career. After starting a degree in architecture, I realised that I was surrounded by people who were much more certain about doing this subject than I was. I knew however that I was good at physics, so moved to this degree.”

When asked if he has advice for students, he comments that they should seek opportunities in a range of physics areas in order to broaden their horizons. “A lot of students want to do the same topic for their Masters project as their Senior Honours project, and then do something similar for their PhD. I was the opposite of that. While I can understand students wanting a head start and to become familiar with a particular area of interest, I would however encourage students to undertake projects in different topics”. He goes on to say “You might find you have some skills you can bring with you that others don’t have. It’s a small first taste of interdisciplinary working.”

As we conclude our interview and take in the spectacular views of the city on the top floor of the Royal Observatory building, Jim states he intends to have an office on both sides of the hill. This is a logical decision as he plans to continue his research on Fridays – providing support for his PhD students and post doctoral researchers.  And when he is not based at the ROE or JCMB, you can often find him playing keyboard in a band or enjoying a game of 5-a-side.