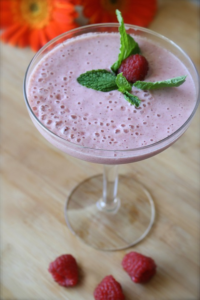 Professional grade seismometers are expensive, which is unfortunate because I would like to get a small network to experiment with.

Thankfully – there is a potential solution. The Raspberry Shake team have been developing low cost seismometer using a Raspberry Pi to manage the software side. There are various flavours of Raspberry Shake.

I have opted for a Raspberry Shake 4D which has a 1 component vertical geophone and a 3 component MEMS accelerometer chip – which is like the accelerometer inside your smartphone. If we get suitable sensitivity out of the MEMS chip, we would be able to construct very low cost sensors for monitoring seismic phenomena – which is quite exciting. Since this unit combines both a geophone and the MEMS chip, I can be really confident about the potential performance of a MEMS only system.

Over the next wee while, I’ll be doing a range of experiments to look at the performance of the Raspberry Shake 4D and explore how I can use it to monitor geomorphological processes. 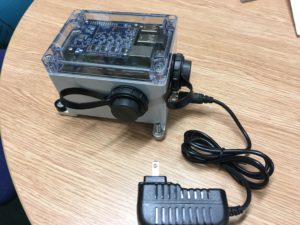 What is a MEMS accelerometer?

MEMS stand for Micro-Electro-Mechanical Systems and the sensors are so small that they can fit on a microchip. The accelerometer in your smart phone is an example of one! The same technology sits inside low cost gravity meters being developed at Glasgow University.

Below is a YouTube video showing what sits inside the microchip in your phone and how motion is translated into measurements of acceleration.

My Raspberry Shake 4D has Arrived! / Mark Naylor’s Blog by blogadmin is licensed under a Creative Commons Attribution CC BY 3.0

1 reply to “My Raspberry Shake 4D has Arrived!”