GEODUINO DEV: Power to the geoduino

We want to be able to deploy the Geoduino Seismic system as a data logger in remote locations which are off grid. It is therefore really important that we consider how to power the Geoduino efficiently.

In some settings, this might be off a lead acid (like a car battery) with solar power to recharge it. This is a common way to run these systems and great when solar power is abundant. We are hoping to be able to run this system off the same air-alkaline batteries we are running the Battman telemetry box off as this should be robust to deployment over a Scottish winter! These batteries have a limitation which is that they can only provide 50mA at 9V. We therefore need to be very confident about how much power our system will consume! 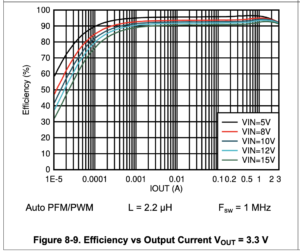 What we will look at here are four options for getting power into the system (Figure 2). We will talk with reference to the Adafruit ESP32-S2 Metro Express development board – but the principles are generic. One of the reasons we chose this chip and board is that everything runs at 3.3V which has advantageous power consumption. The basic workflow for all the options below is about how we convert the input voltage to 3.3V efficiently. 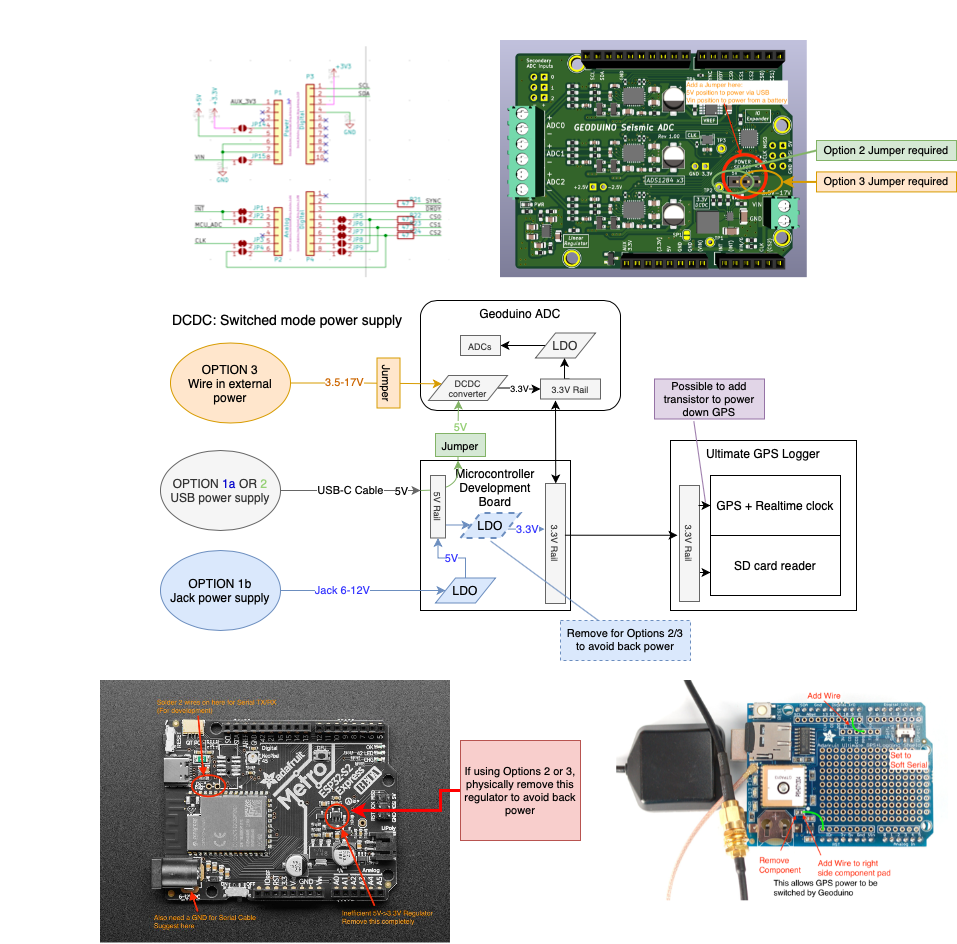 Figure 2: Schematic showing the various power routing options for the geoduino when used with the Adafruit EPS32-S2 Metro Express and the Ultimate GPS logger shield.

The ESP32-S2 Metro express and all the other electronics only requires a 3.3V power supply to run. Hence we are looking at various pathways for creating that voltage. Options 1a and 1b (see blue pathways on Figure 2) use the usb and power jack inputs to create a 3.3V power supply on the microcontroller board using an inefficient Linear Regulator (LDO). To use the more efficient routes to power the system, we need to first remove the LDO which converts the 5V to 3.3V on the microcontroller board to avoid back powering the system (LDO with a blue dashed outline in Figure 2). Option 2 routes the 5V usb input straight to a more efficient DCDC switched mode power supply to produce a 3.3V source on the Geoduino, once a jumper has been appropriately placed (green pathway in Figure 2). Alternatively, an external power supply can be directly wired into the Geoduino and routed through the same efficient DCDC converter (Open 3 is orange in Figure 2). More detail is given below.

Note that once the 5V-3.3V LDO has been removed from the ESP32-S2 development board, the Geoduino must be present to power the system!

Option 1a: Power through the USB and convert to 3.3V using LDO on ESP32-S2 dev board

When initially developing the code, this is probably the simplest method to power the system using a mains power adapter, we need this plugged into a USB anyway in order to program the microcontroller. In this lab based scenario, we are not concerned with power consumption as we are just running off the mains. In doing this, the 5V that enters the board through the USB is converted to 3.3V using an onboard Linear Regulator (LDO).

The LDO is not energy efficient and basically converted the voltage whilst keeping the current roughly constant – this dissipates a lot of potentially useful power and is too wasteful to be the field deployment power solution for us.

A second problem with powering over the USB in the field is that we may also want to use the usb port on the development board to transfer the data for telemetry so we probably dont want it tied up for powering the system.

SUMMARY: Great for lab and programming, but not practical for the field.

OPTION 1b: Power through the Jack and convert to 3.3V using LDO on ESP32-S2 dev board

A very similar system is to use the Jack on the development board. This can accept voltages in the range 6-12 V, converts this using an LDO to 5V and then uses this 5V power supply in the same way the 5V from the USB source was used. The only advantage of this is that the USB is still available for intermittent telemetry. It remains very power inefficient!

One can see from Figure 2 that once the 5V-3.3V LDO chip is removed, we can no longer generate the 3.3V power source.

This option allows us to get away from the inefficiencies of using the LDO on the development board.

We designed the Geoduino to include efficient power conversion using a switching power converter as we anticipated the problems with the LDO on the development board.

Placing a jumper in the Option 2 position allows us to connect the power from the USB on the development board to the switching power converter on the geoduino. This produces a 3.3V power source in an energy efficient manner which then powers the development board and logger shield in the normal manner.

As the signal output from a switching power converter can be noisy which matters for analogue electronics – we clean it using a specifically chosen LDO that produces the +/- 2.5V reference that is required by the ADC chips.

We don’t clean the power line that powers the digital electronics.

This is a good way to power the system in the lab using a mains adapter plugged into the USB port for development.  However, it is not ideal in the field if one is wanting to also using scheduled telemetry.

OPTION 3: Power through the battery connections on the Geoduino using the Geoduino’s switching power converter

The final option is to connect power to VIN on the Geoduino; this requires the Jumper to be in  the Option 3 position. Again, this uses the Geoduino’s DCDC switching power converter to efficiently generate a 3.3V signal. VIN can be anywhere in the range 3.5-17V. This could be off a mains power adapter or from one of the air alkaline electric fence batteries. This power supply is again cleaned up using the 3.3V to +/-2.5V LDO.

In later posts, we will look at the power consumption and optimisation choices in more detail.

GEODUINO DEV: Power to the geoduino / Mark Naylor’s Blog by blogadmin is licensed under a Creative Commons Attribution CC BY 3.0

STUDENT STORY: Looking back over my first year as a PhD student