The days around the solstice are an all-too-brief time of year when the days go on for ever, the bees buzz, and the hedges are full of the fragrance of roses and elderflower. A time of year when you can have a swift half at the Eagle and Child in the middle of the afternoon and then set out for a walk in the knowledge that you will probably not be back until 9pm, and that this will not matter as there will be plenty of daylight left.

In this instance I was dragged out for the walk by a relative, starting off with the route we had used to visit Moel Hiraddug on a previous occasion. Rather than taking the turning to Moel Hiraddug, we pressed on towards the village of Cwm, and its pub, the Blue Lion.

Once we had drunk another swift half at the Blue Lion, my fellow walker wandered off elsewhere and I decided that, since I was nearly there, I would head for the summit of Cwm Hill (Coed Cwm, to give it its Welsh name). I took the road as far as the road junction at Bwlch, and managed to locate a footpath heading into the woods that cover most of the hill. I took a hard left turning after about 200m and slogged gently upwards. The colours on my map are the bedrock geology, it is clear that my walk was taking me off the Carboniferous limestone (turquoise on the map) which covers large areas of this part of North Wales (see this earlier post). The rocks around Cwm hill are older than the Carboniferous: they are Silurian sediments, including the Nantglyn Flags (grey) and the Denbigh Grits (green and orange). 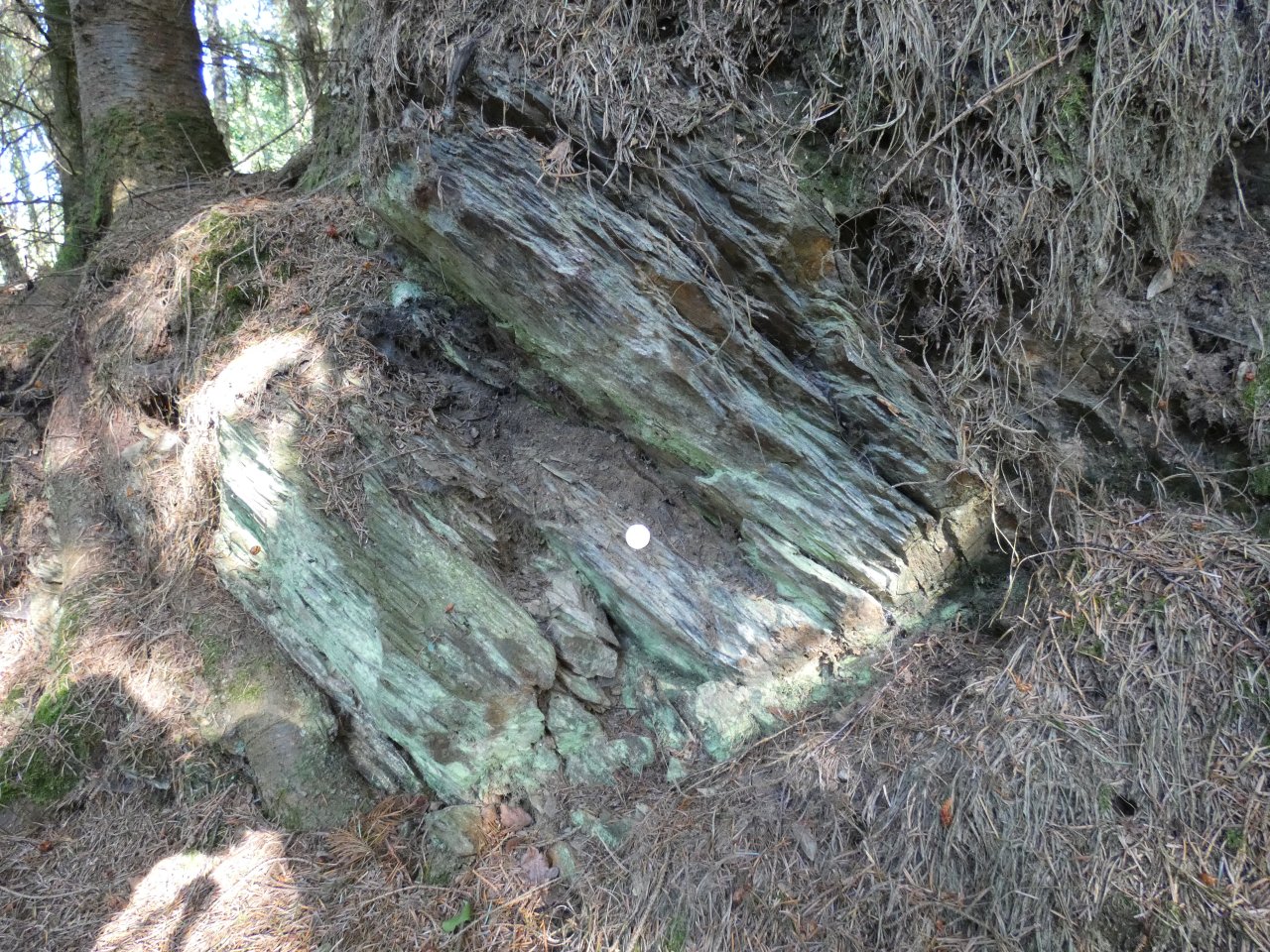 I don’t know which of the two formations the rocks in this photo belong to; they are quite close to the grey-green boundary. They look flaggy, though, so I am guessing Nantglyn Flags. The overexposed scale item is a 20p piece.

It was clear that the path I was on did not go to the summit and that I would need to turn south at some point. I did this where the public footpath left the trees and headed across a field; a short bash through the undergrowth brought me out onto a forestry track which headed upwards for a while. I eventually had to leave this to reach the summit via a fairly well-trod footpath. 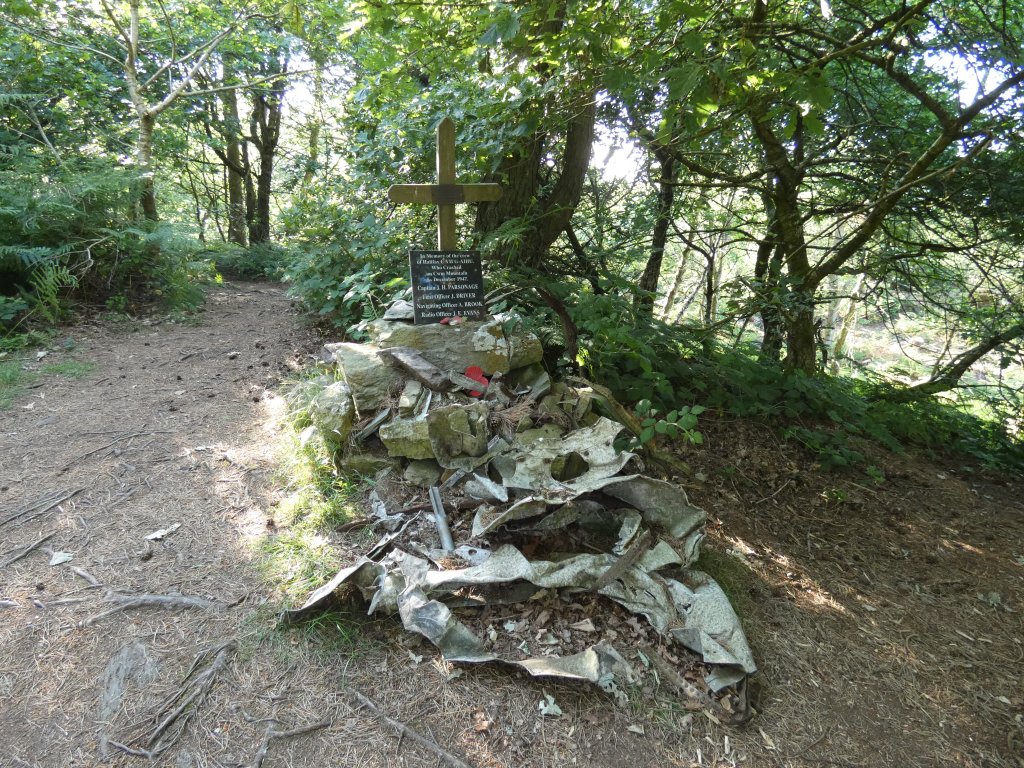 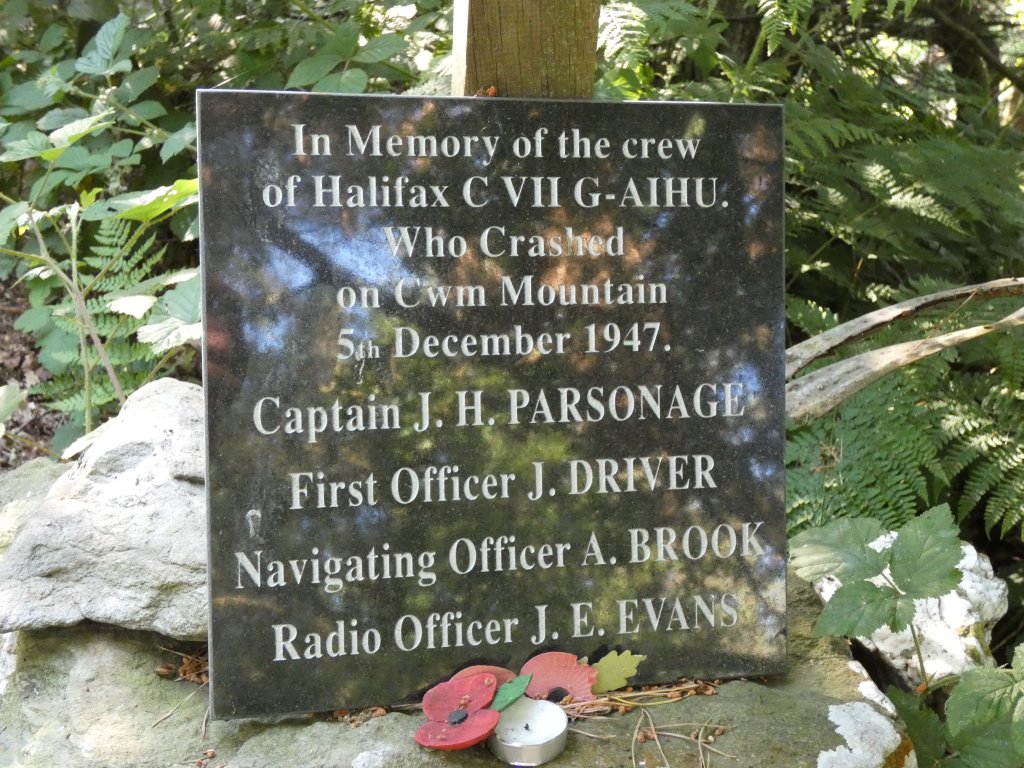 The summit is a rather sombre place. Its main feature is a cairn built of the remains of a crashed aircraft, with a memorial plaque to the crew. There is no view; the cairn is surrounded by dense trees. I returned to the public footpath by reversing my route; there is a good view to the north from one of the forest tracks. 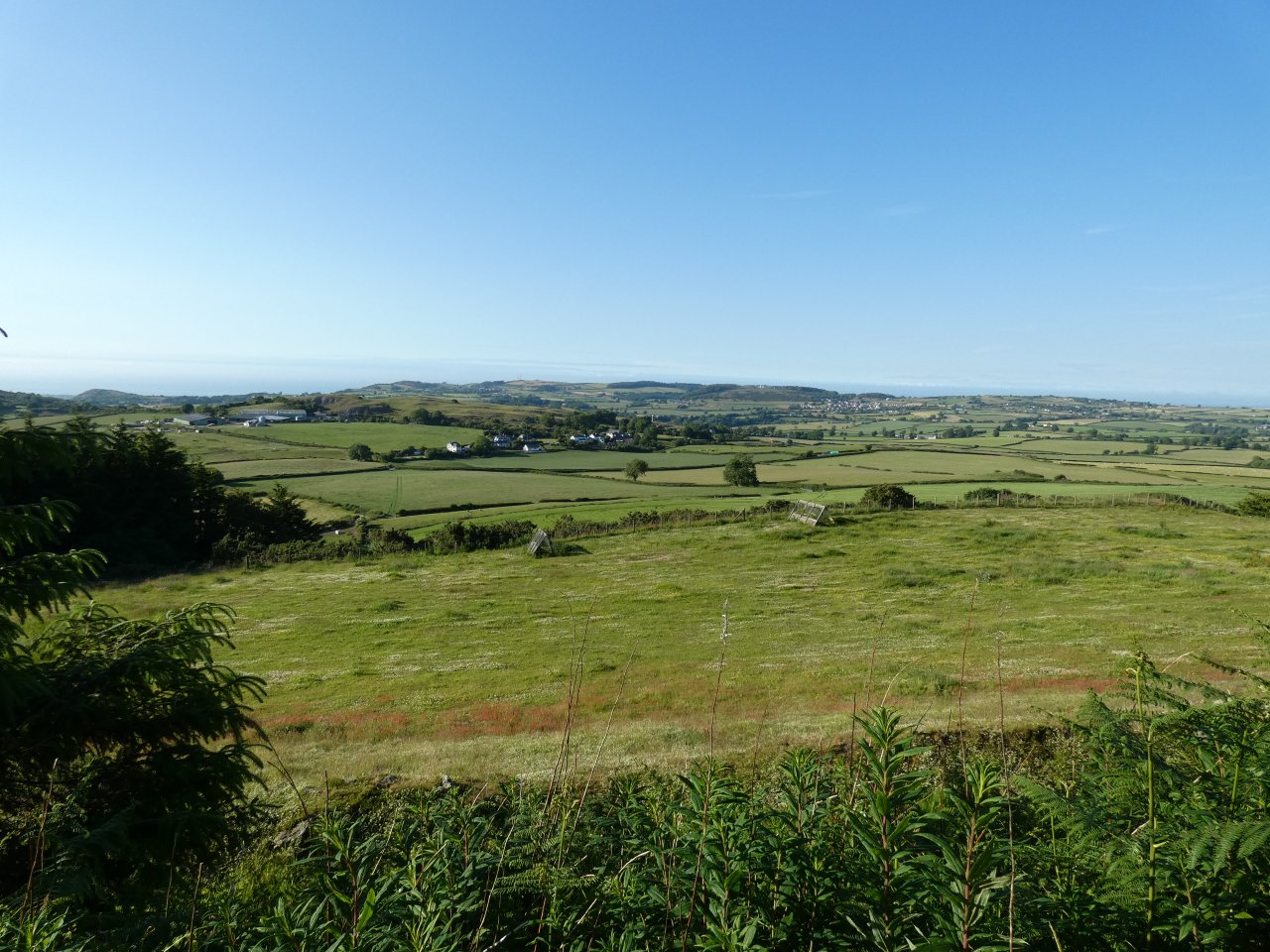 From this point I took an alternative route back to the village of Gwaenysgor. The second half of the route between Coed Cwm and Trelawnyd is rather lovely — it is one of those very old sunken paths that run through a tunnel of trees. And they had saved me some dinner when I got in!

Ascent of Cwm Hill / Hugh's Geophysical Blog by blogadmin is licensed under a Creative Commons Attribution CC BY 3.0

2 Replies to “Ascent of Cwm Hill”