One of our Christmas guests expressed the wish to go on a walk on boxing day, so i dragged him off into the countryside. We took a route across Doon Hill and Brunt Hill, and, feeling that we were still going well, headed off down a common feature of the landscape in southeast Scotland: a glacial drainage channel. These valleys can be easily identified as they have flat bottoms and steep sides. They are often dry, and even if there is a river in the bottom it is usually far too small to be responsible for cutting the valley. The valleys were cut at the end of the last ice age, as the ice sheet melted, producing a huge, but temporary, flow of meltwater. 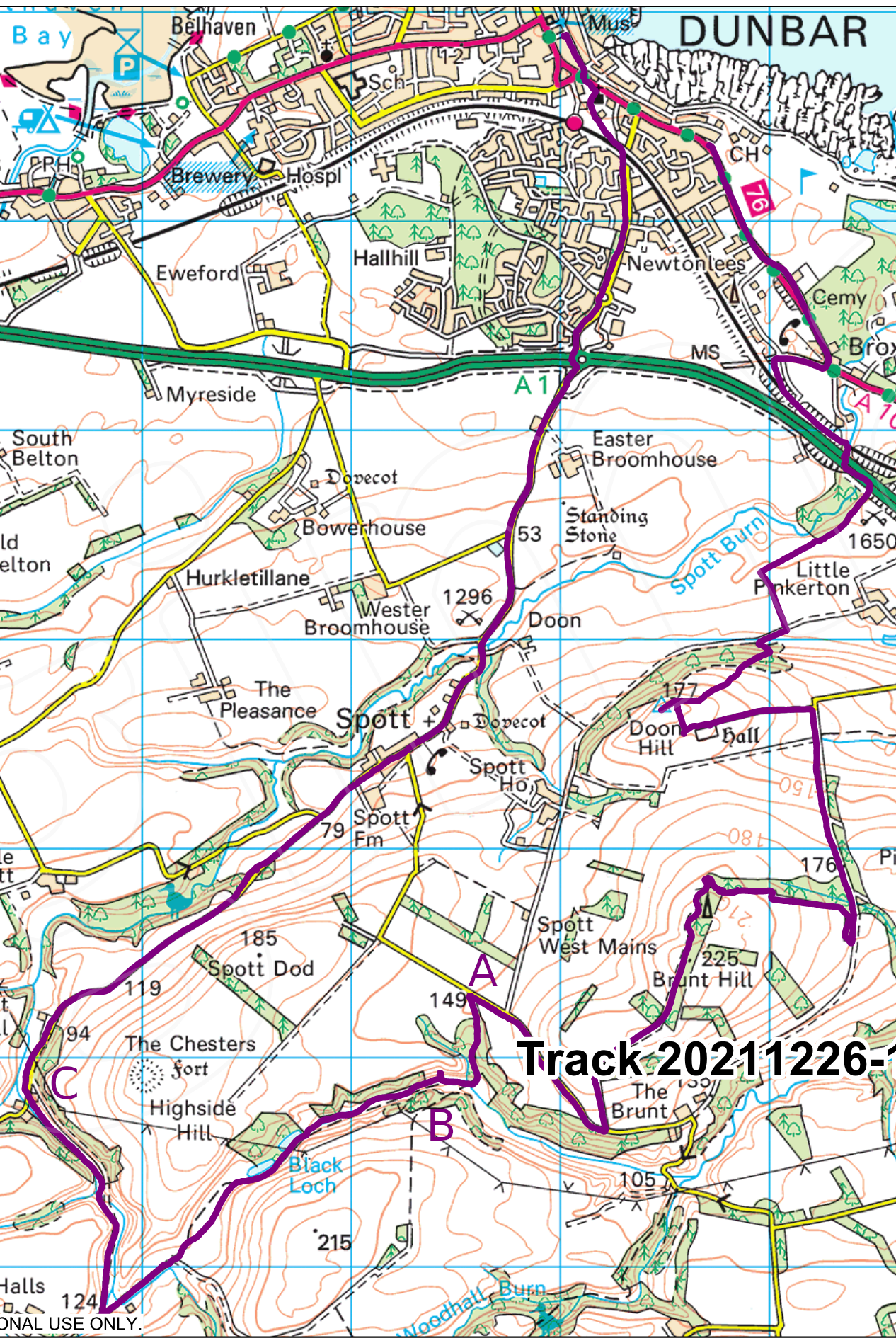 We joined the network of meltwater channels via a short side-branch marked “A”, and stayed in it as far as the point marked “C”. This view down the valley is taken from the minor road shortly before we reached point “A”. 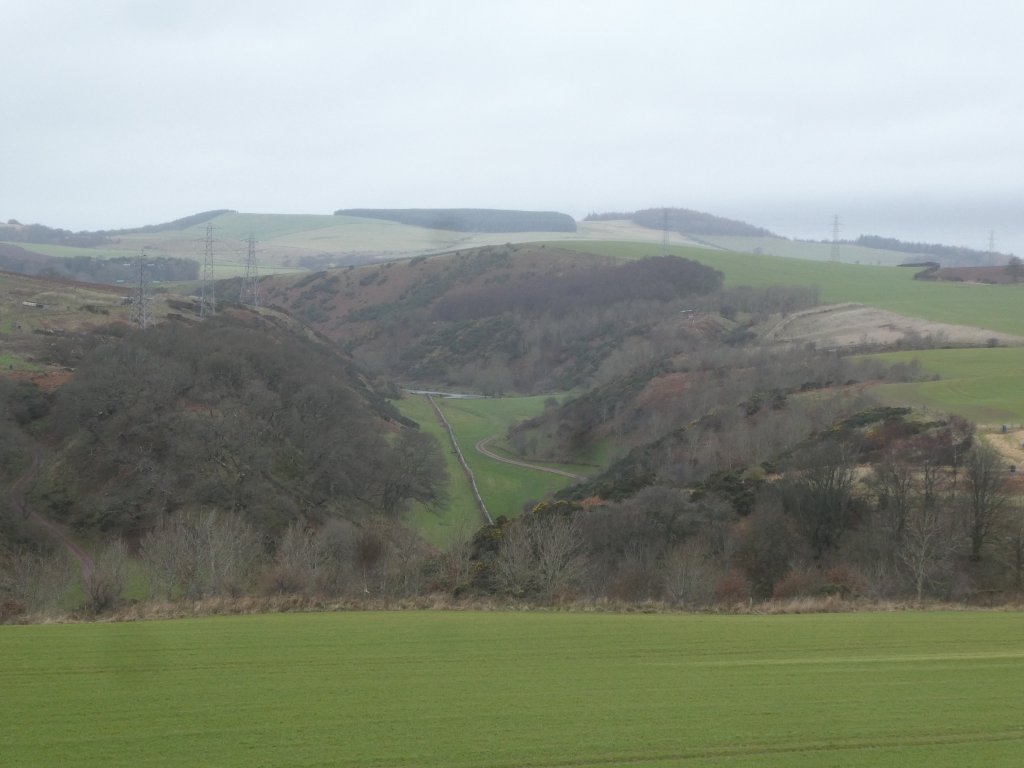 The bedrock in this area is, as I have noted before, called the Great Conglomerate Formation. Exposures of it are rare, so I was surprised to spot a sizeable crag of the stuff on the valley side. 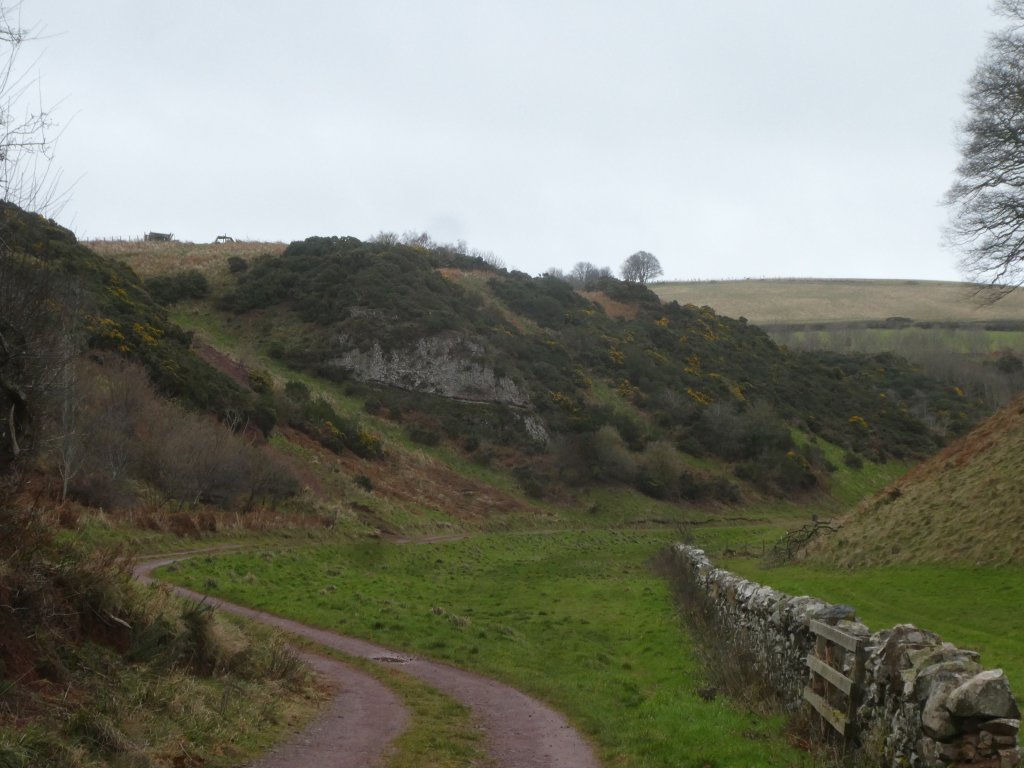 This view of the crag is looking WNW, back up the valley — it is named “Bell Craig” on the 1:25000 maps. I scrambled up the valley side for a closer look: the rock looks similar to other exposures of the formation. 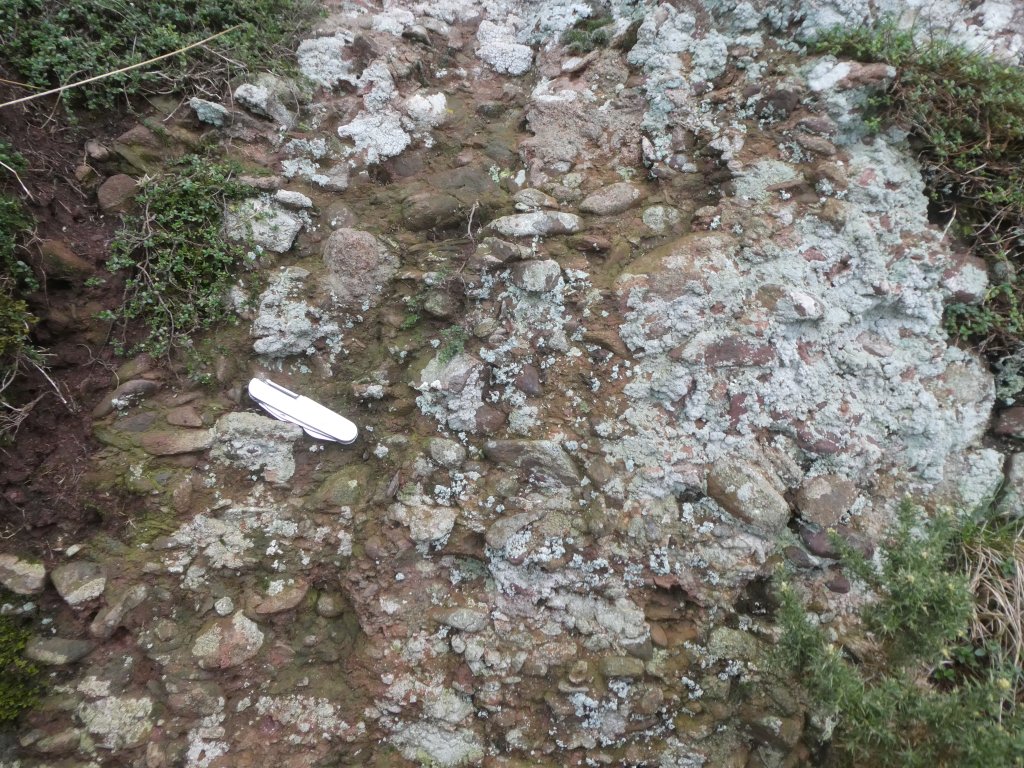 The valley has no river at this point; a river joints it further down. We followed it as far as the road at point “C” and then had a long trudge back home along the tarmac. I was still stiff two days later!

Valleys and cobbles / Hugh's Geophysical Blog by blogadmin is licensed under a Creative Commons Attribution CC BY 3.0