I was back in Snowdonia a week or two ago, staying at the excellent Bron-y-Gader outdoor centre. The weather was chilly, but good enough for a walk up a slightly bigger classic lump than the one I wrote about two years ago. 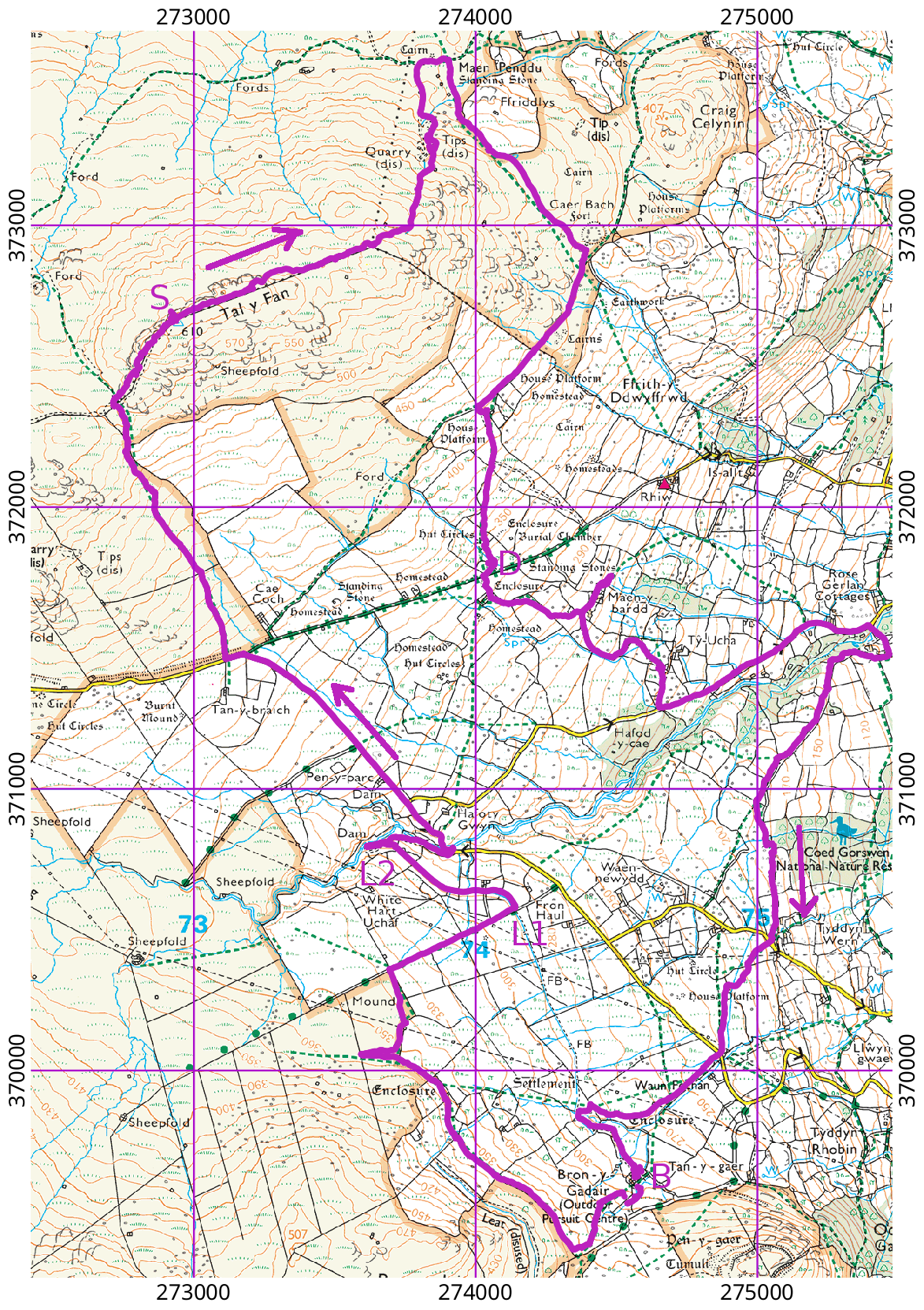 At 610 m, Tal-y-Fan is not enormous. And, as with several spots along the west side of the Conwy valley, an adventurous driver with a normal-sized car can cheat by doing a good bit of ascent before parking. For Tal-y-Fan, you could park somewhere near Cae Coch or Tan-y-Braich, at approximately 390 m, giving a mere 320 m of ascent and 1.3 km of distance to the summit.  As we were based at Bron-y-gader (B on the map) we walked from there. And, as some of the party were scoping out routes to be used for Duke of Edinburgh’s Award expeditions, the route they had planned involved rather a lot of tricky, low-level navigation. This included such joys as rights of way (green dotted lines) with no visible trace on the ground, rights of way marked the wrong side of walls, stiles that were not visible from a distance, so that the route appeared to cross an un-climbable wall, and so on. You can tell from my GPS track (purple) that we made more than one unscheduled detour.

The stretch between L1 and L2 is a detour of a sort, although it seemed more like a short cut. The planned route was to follow the road; the route taken follows a leat carrying water across the hillside. 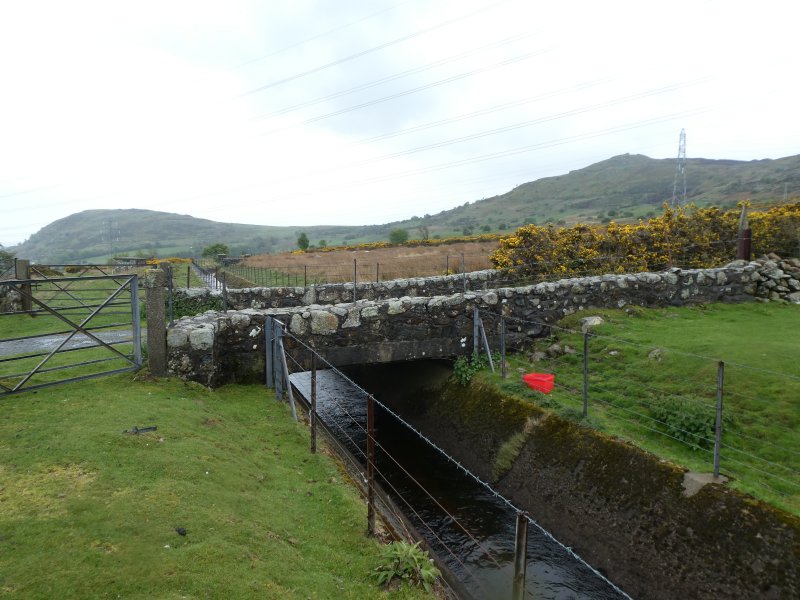 (The two hills in the background of the photo of the leat are Pen-y-Gaer and Pen-y-Gadair, as described in my earlier post.) The leat is the most northward part of a widespread infrastructure spread all along the west side of the valley, funnelling water from an extensive catchment into the hydro-electric power station at Dolgarrog. The station was built over 100 years ago to provide power for an aluminium smelting plant. The plant has now gone, but the station was renovated recently and keeps doing its bit to feed low-carbon electricity into the grid. At L2, the leat comes to a sudden end; the water appearing to enter it from a tunnel mouth that resembles some sort of conjuring trick. The other end of the tunnel is at a dam only a few metres up the valley of the little river Tafalog.

We re-joined the road near this point and slogged uphill for a while to the point where a footpath leaves the road. This is where you  might park if you were trying to climb the hill with as little effort as possible. The ascent from here becomes more interesting, going steeply upwards across a hillside sprinkled with gorse and bilberry before reaching a rocky ridge. 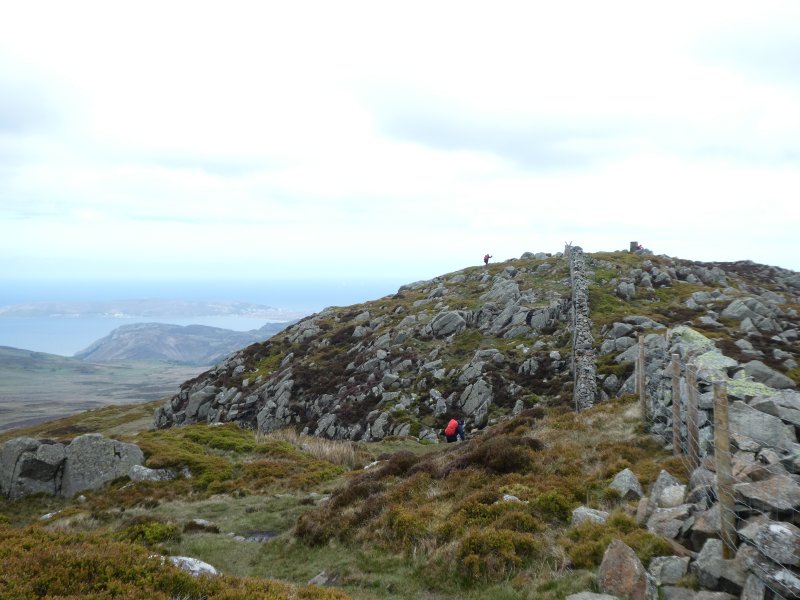 There is an interesting scramble along the ridge to reach the summit, from where the view is spectacular. The Conwy valley sweeps away to the South, with the big hills on its right. 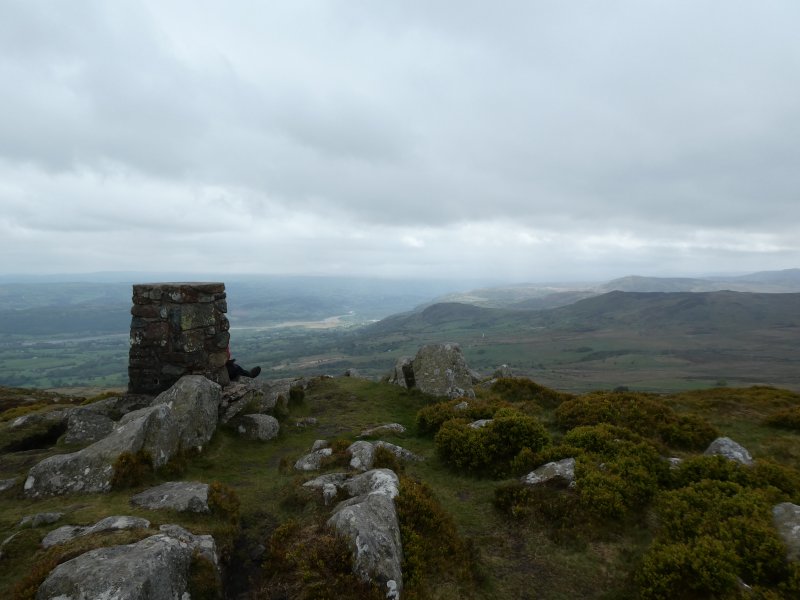 To the North, the view includes Llandudno and the Great Orme 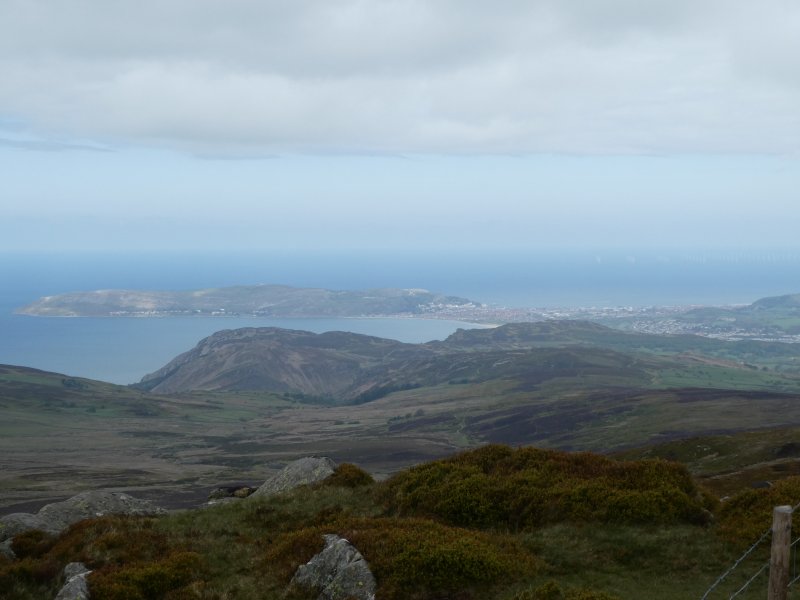 … and if you look carefully, you can see the towers of Conwy castle, with the road and rail bridges to its right. 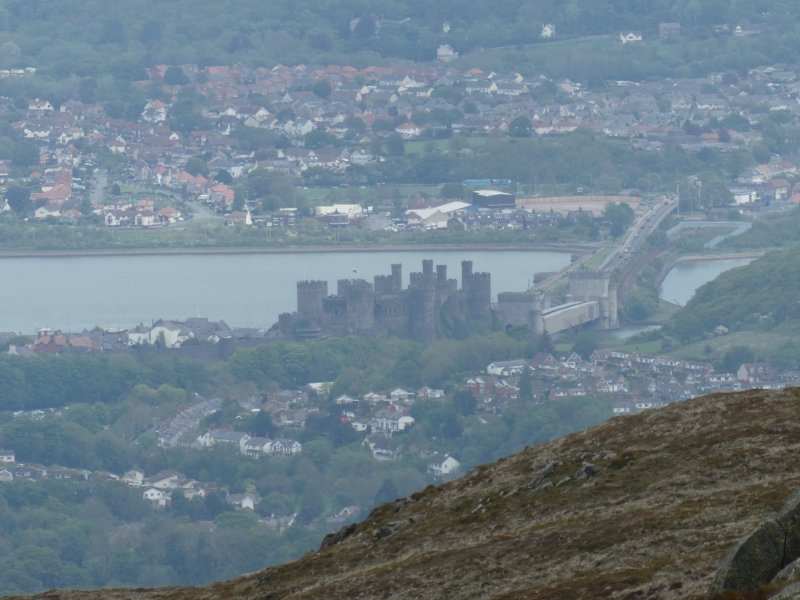 From the summit, our route took us along the rest of the ridge line, and descended to its northernmost point after passing a small slate quarry. From here we headed back south along the side of the hill, descending across some fields to cross a prominent sunken track. Just before the track we found this spectacular prehistoric burial chamber (D on the map). Oddly, it is not marked by the Ordnance Survey, even though they have marked many other prehistoric remains in the immediate vicinity. 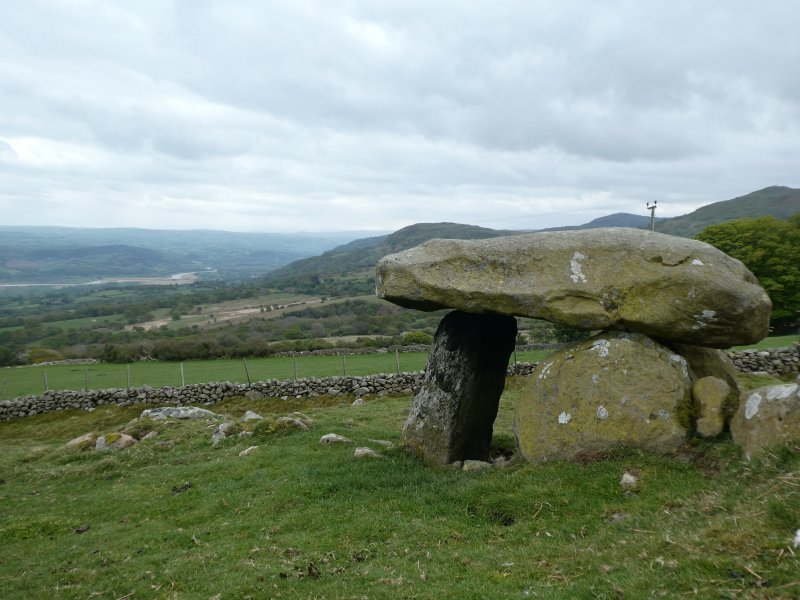 The remainder of the route was pleasant, but was mainly interesting for the map-reading challenges it presented. There were some nice views back to the summit of Tal-y-Fan, though. And the weather had improved enormously from the morning. 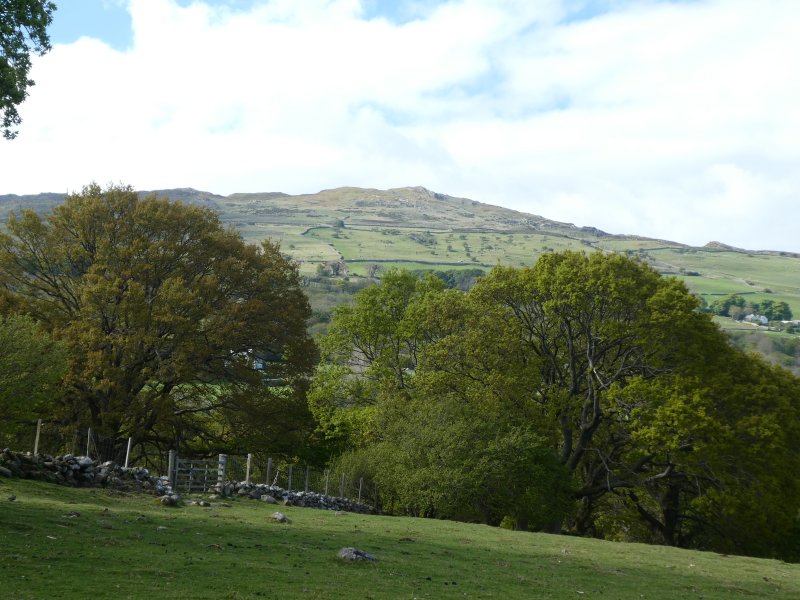 Tal-y-Fan: another classic lump / Hugh's Geophysical Blog by blogadmin is licensed under a Creative Commons Attribution CC BY 3.0

One Reply to “Tal-y-Fan: another classic lump”