I was down in the south of the Lake District a couple of weekends ago. I did wonder whether it was worth the trip, but I and my daughter managed to make the ascent of a classic lump among classic lumps: Stickle Pike, on the loveliest possible autumn day. (For other classic lumps, see here, here, and here.) 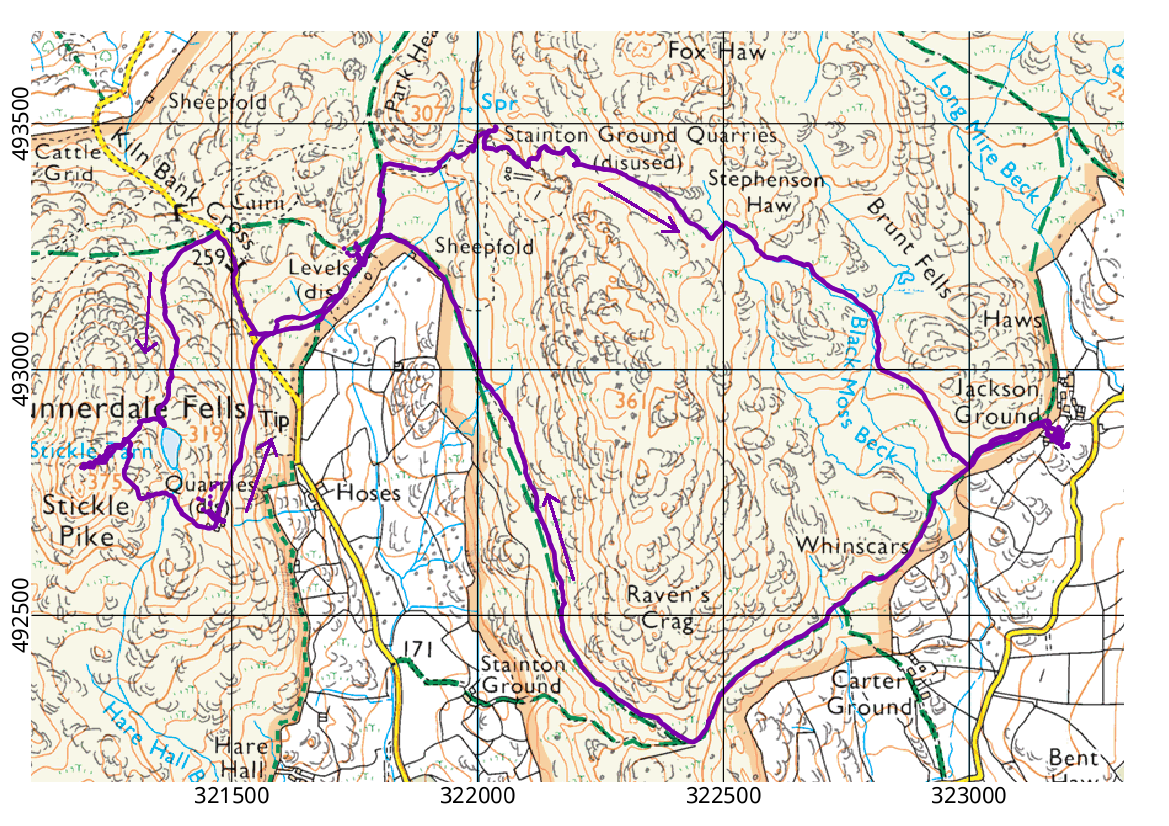 Stickle Pike (not to be confused with Pike O’Stickle) is in between the valleys of the Lickle and Duddon. If you are in a car, you can drive to the top of Kiln Bank Cross and walk to the summit in a few minutes. As we were staying nearby, we walked from the house, even though it is a much longer walk than you need to do to ascend the hill. (If you are going to do the same, you can access the route via a public footpath that runs through Carter Ground.)

An advantage of this route is that you get a nice view of Stickle Pike before you climb it, from the path that runs along the west side of Raven’s Crag. 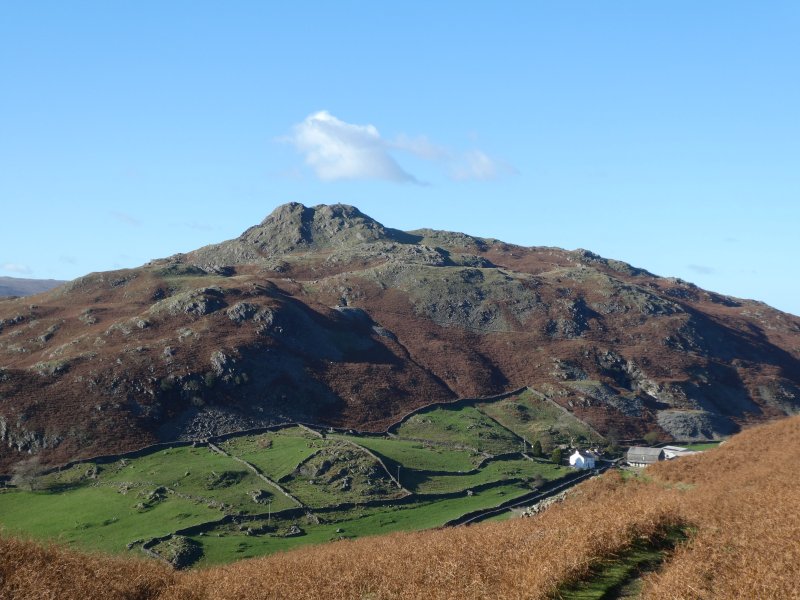 The craggy summit looked very enticing and we could see a gently-sloping path leading down and to the right from a slate mine just below the summit. When we reached the minor road we didn’t take this path, but followed the road to the crest of the pass (off the right-hand edge of the photo above) and then followed a faint path in the general direction of the summit. A feature I was surprised by because I had forgotten to bring a map is a small tarn not very far below the summit. 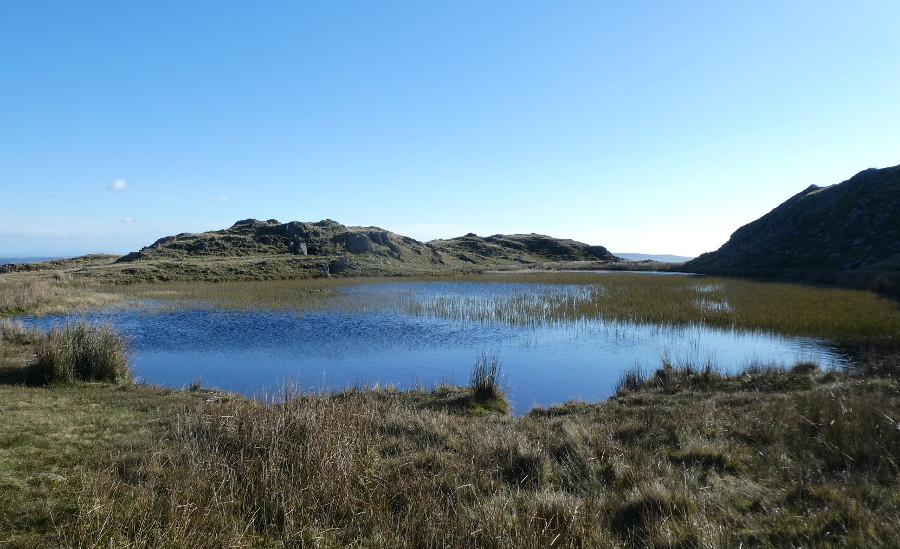 From the tarn it is a short steep pull to the summit. The view to the North is spectacular, taking in Harter Fell (with the Scafell range behind it), Bowfell, the Coniston fells and the neighbouring Caw.

To the South is a wide panorama over Morecambe bay. After getting ourselves thoroughly chilled on the summit, we descended towards the slate mine, intending to pick up the diagonal path. We found the mine without trouble (apart from a slightly squishy experience where the water seeping out of the tarn forms a small bog). 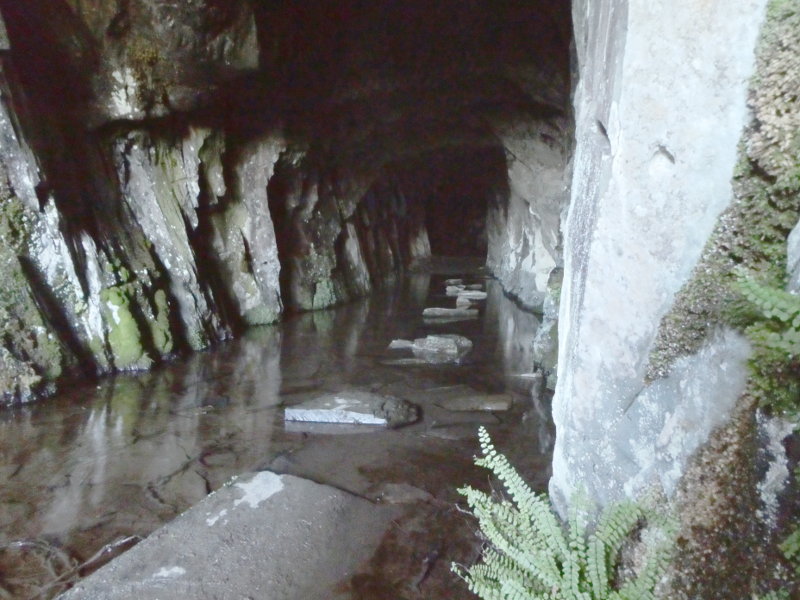 The mine tunnel looked spacious, and slate mines are generally much safer than metal mines, but it also looked rather wet, so we didn’t venture in. The path built by the miners provided a convenient, carefully-engineered route back to the road. From there, we retraced our steps for a while, and then returned home through the Stainton Ground quarries. The sunlight had gone off the side of Stickle Pike that we could see, leaving it as a dramatic silhouette.

A classic among lumps. / Hugh's Geophysical Blog by blogadmin is licensed under a Creative Commons Attribution CC BY 3.0