These classic lump posts are like buses: you wait ages for one and then two arrive at once. Gop Hill, near Trelawnyd is at the north end of the Clwydian range of hills, and has the distinctive feature of the largest prehistoric mound in Wales at its summit. It is a short climb from the village of Trelawnyd, but I was staying at Gwaenysgor, so I walked from there. I forgot to take my phone, so I have no GPS log of the walk: I drew the route onto the map below by hand. 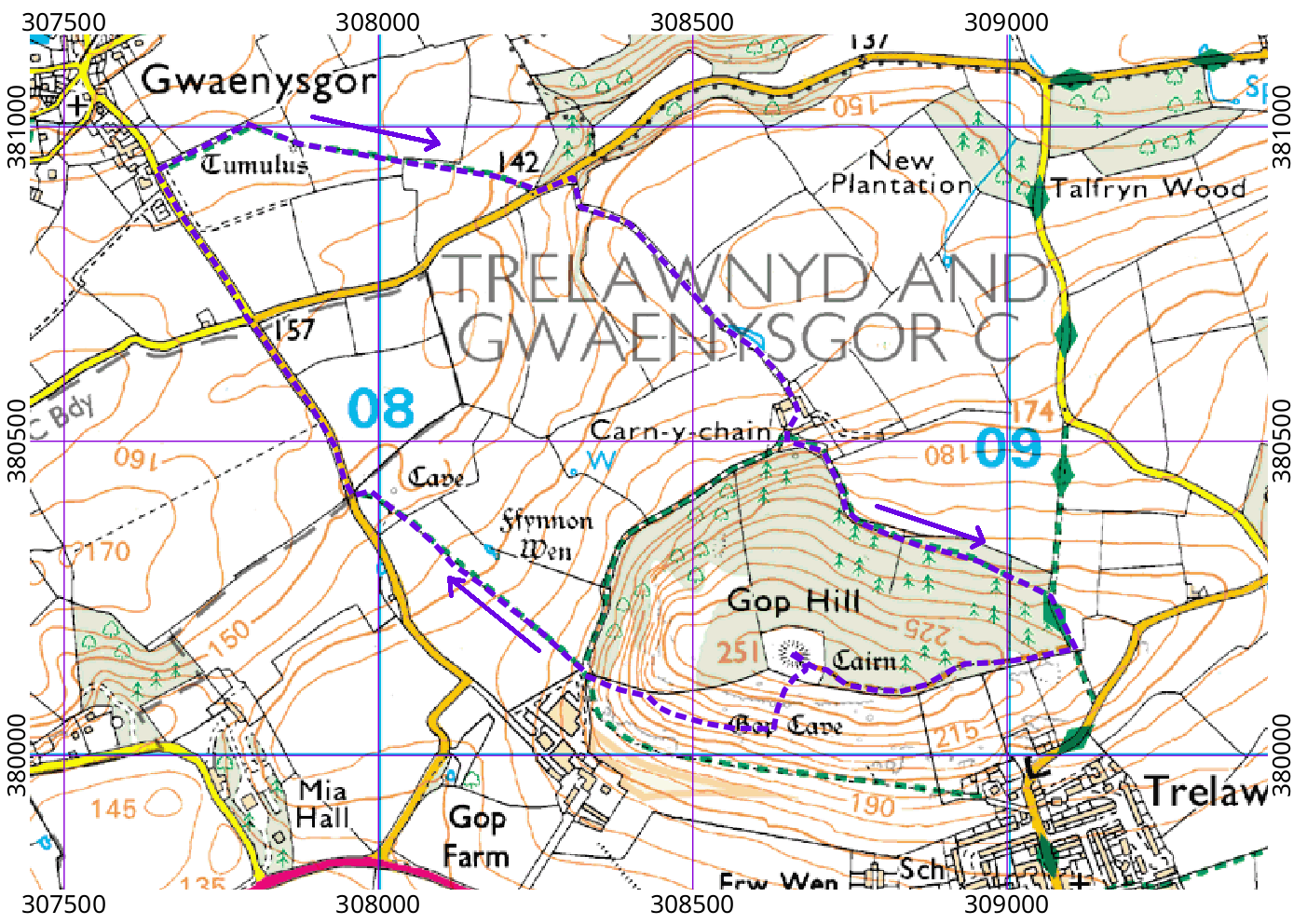 The path leaves the road at a farm and crosses several fields before joining a small lane. There was no sign of the path on the ground, but there are shiny new kissing-gates at every hedge; these can be seen from some distance away, so the navigation is not hard.  The wooded slopes of the hill can be seen clearly in the middle distance. 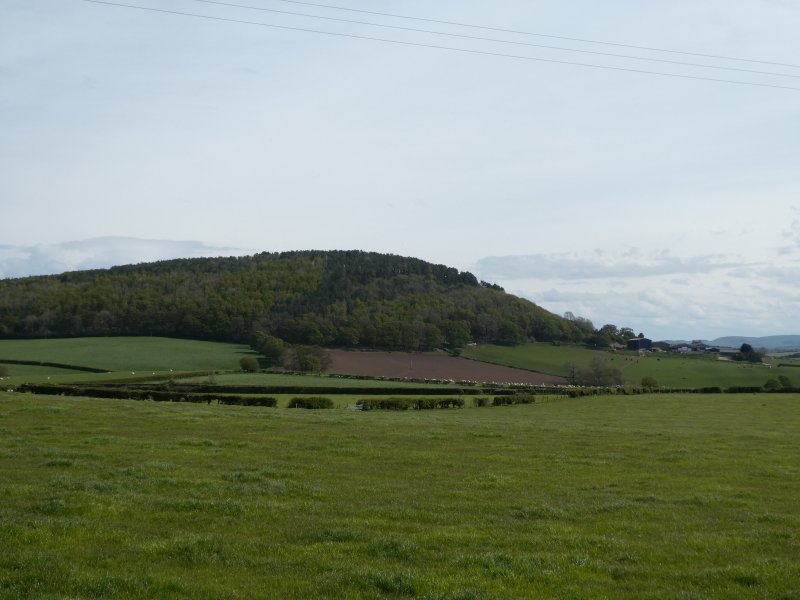 After only a few yards on the road, the route joins a concreted driveway leading to Carn-y-chain farm. I do not advise asking the way to this farm: the pronunciation of the name is surprising even to an English-speaker moderately familiar with Welsh spelling; the locals appear to treat it as something of a Shibboleth.  It is far from obvious that you are allowed through the farmyard, but there really is a right-of-way; it goes to the right of the house and joins a path that runs round the hill in an almost complete loop. I turned left onto this path , and found that it runs just inside the wood for a considerable distance. The wood is a mix of beech and pine.

After about half a kilometre, a hard right turn is needed in order to head for the summit. The path here initially remains inside the wood, but emerges after a while into the open air, crossing a stile into a small area around the prehistoric mound from which trees and bushes have been recently cleared. The hill is clearly popular with the local pagans, who have set up an alter to the goddess Freya Vanadis near to the stile. The prehistoric mound is right in front of you as you cross the stile. 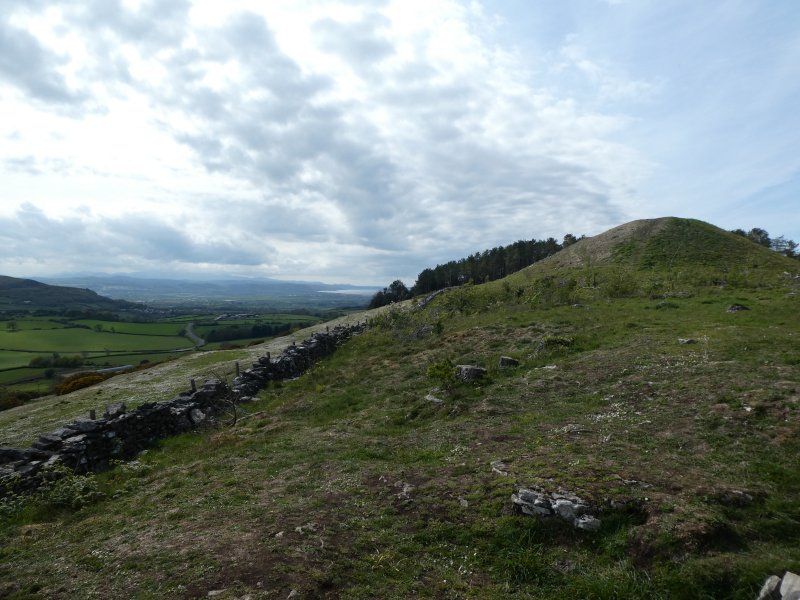 It is only a short scramble to the top of the mound, from where the view south into the Clwydians and west to Snowdonia is splendid.

There is less to see to the north and east, although you do get a sneak view of the Elizabethan manor house of Golden Grove across the tops of the trees. On leaving the summit I initially went down the steep slope in the direction of Trelawnyd to take a brief look at the caves, then turned right and headed for the corner of the field where Gop Farm’s buildings adjoin the wood. From here, I could have turned right and followed a track back to Carn-y-chain. Instead, I returned to my starting point via a different right of way across a field. This was the only point on the walk where I had access trouble: the right of way went through an electric fence by way of a gate which had been tied shut to its failing gatepost with some intractable knots. Fortunately, I am shorter than a horse and was able to squeeze under the fence without touching it.

The largest prehistoric mound in Wales / Hugh's Geophysical Blog by blogadmin is licensed under a Creative Commons Attribution CC BY 3.0