While there was still a bit of summer left, I took a couple of days off work for a short holiday down in the Scottish Borders. While there, I made an even shorter pilgrimage to a geologically famous spot: Dob’s Linn, in the Moffat fells. This spot is famous because the internationally agreed defining point for the boundary between the Ordovician and Silurian periods is here. It is also one of the locations used by Charles Lapworth in the 1870s to demonstrate how a group of fossils called graptolites can be used to understand the sequence in which rocks from this part of the Earth’s history were laid down. 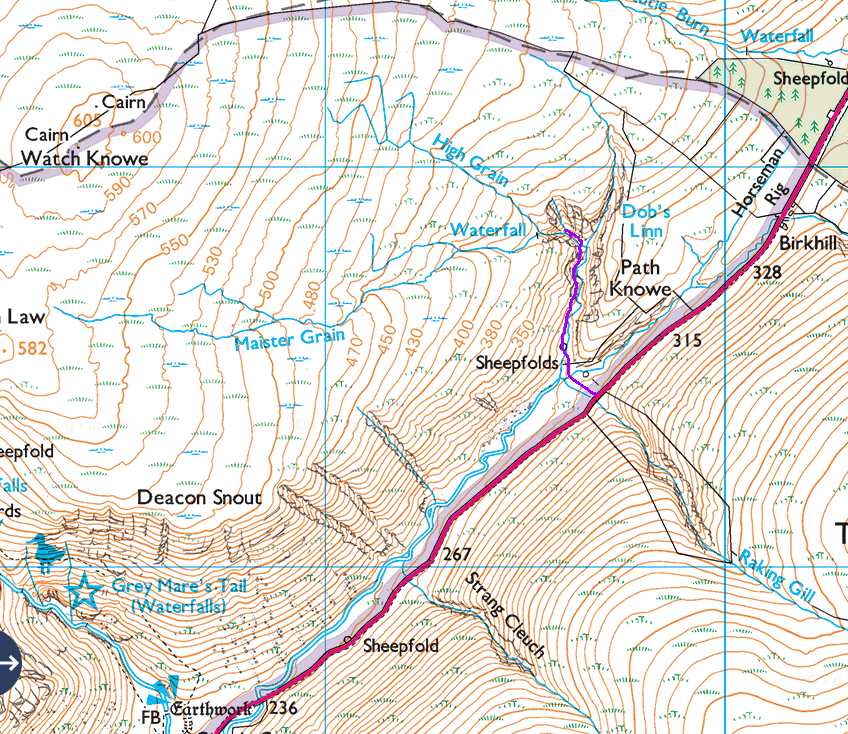 The site is near the A708 Moffat to Selkirk road. You could park at the Grey Mare’s tail carpark and walk up the valley bottom for a couple of kilometres, but it is easier to drive a bit further northeast and park at the roadside where the road crosses Raking Gill. From there it is a fairly easy descent to the valley bottom, and (after crossing two burns) a simple walk up the gorge of Dob’s Linn. There is a splendid waterfall in a side-branch of the valley. 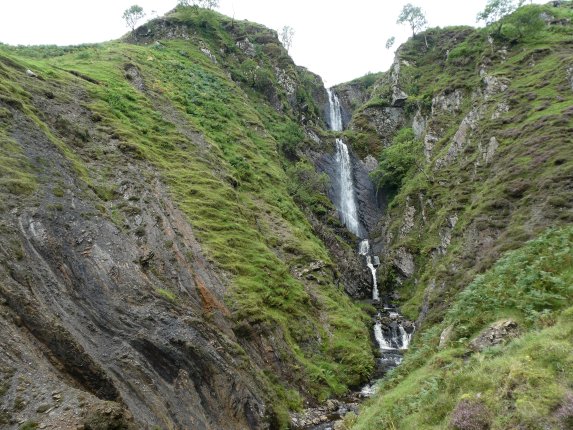 The crumbly rock on the left of the picture is a soft, dark shale in many thin layers; these are the Moffat Shales. I was careful not to disturb the bedrock in such an important scientific site and I urge you strongly to do likewise if you visit. Bits that have already fallen off are fair game, and it was clear from this large flat-topped rock, with small shale fragments laid out all over it, that previous visitors had been studying the fossils assiduously. 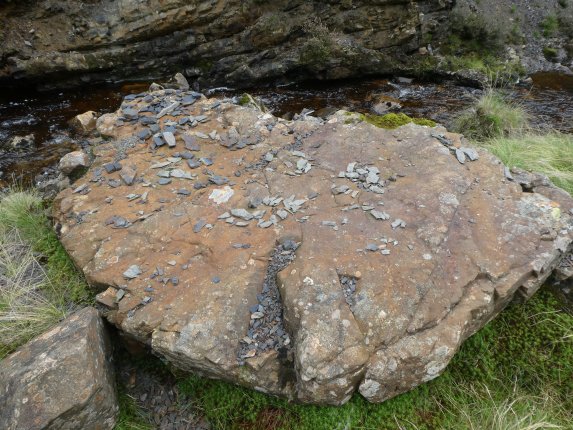 Close inspection revealed that the shales contained many of Charles Lapworth’s famous graptolites. You would have to know a lot more than I do about graptolites to say which species this is, though. 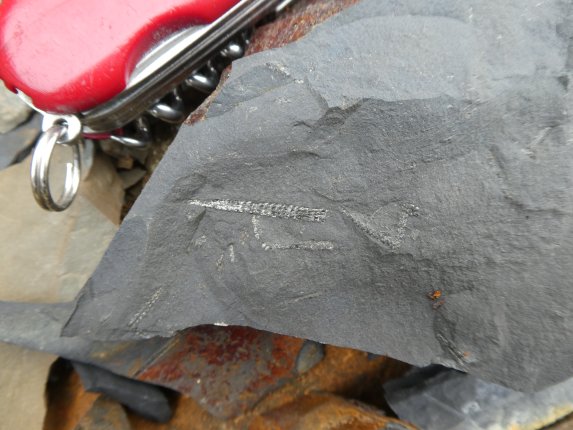 Like all the Ordovician and Silurian rocks in the borders, the strata at Dob’s Linn are very strongly folded, so the site is a bit complicated for the amateur to understand. I might have to come back on a day when I have more time, and have read up on some of the relevant literature.

A geological pilgrimage / Hugh's Geophysical Blog by blogadmin is licensed under a Creative Commons Attribution CC BY 3.0

One Reply to “A geological pilgrimage”