I’m on the Arran field course again, but this year I am staying for the entire week. That meant that, after a busy five days I had a day with some time off while the students wrote up their work. Time for a classic lump ascent, and the nearest target was Torr Meadhonach. I had spent the previous days tracking pilot balloons that vanished over its summit, so it seemed reasonable to go and see where they went. 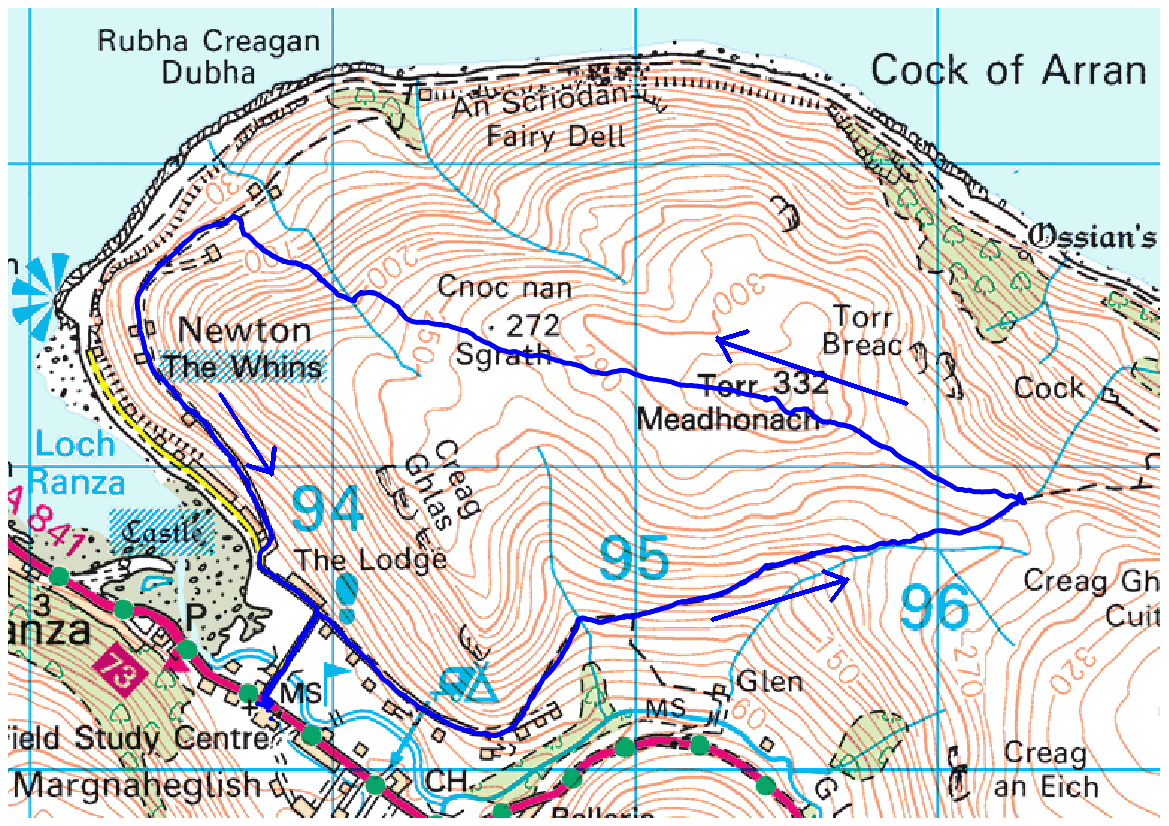 There is a good track from Lochranza across to the North coast of Arran. I followed this for a couple of km until I reached its highest point. The track divides as the valley bends round; the hill track looks less important at this point, but there is a helpful sign telling you to take the smaller-looking left fork. The higher parts of the track were clearly engineered rather carefully at some point, possibly to provide access to the slate quarries near the summit of the pass. I am normally keen to poke around abandoned quarries for both the geology and the industrial archaeology. But this quarry looked as if it was the other side of a very wet bog, so I gave it a miss. The view from the ascent is dramatic, but rather enclosed, consisting of the upper reaches of Glen Chalmadale, with the north side of the Goat Fell range looming beyond it. 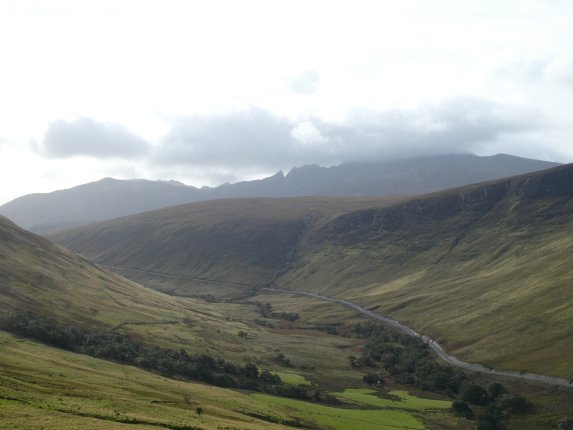 At the top of the pass, I left the path and headed for the summit of Torr Meadhonach. The grass and heather here is entirely devoid of tracks; I just kept going uphill until I reached the summit. This has no distinguishing features; it is a boggy plateau of heather and grass with a few small pools in it. There is an expansive view of Bute and the Firth of Clyde which made the climb well worth it.

I could have returned the way I came, and I think the best thing would have been to have done this as far as the track, continued along the track to the shore, and then walked back to Lochranza by the coast path. But I didn’t think I had enough time, and it seems dull to retrace one’s steps for an entire walk, so I struck northeast, aiming for a spot where the slope down to the shore didn’t look too steep on the map. The march across the moorland was invigorating, but not that interesting, although the changing view inland gave a nice view up the glaciated valley of Gleann Easan Biorach. 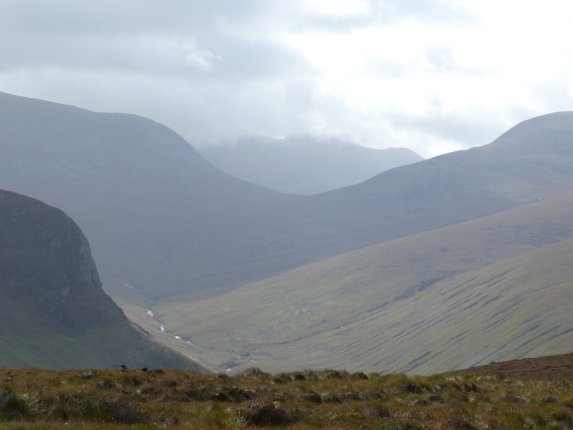 Navigation was straightforward on a clear day, but I would have been far less so in fog. The descent down (almost) to the shore was not really to be recommended: it was quite steep and very tussocky underfoot. I was glad to reach a track that lead easily back to Lochranza.

A classic lump on Arran / Hugh's Geophysical Blog by blogadmin is licensed under a Creative Commons Attribution CC BY 3.0

One Reply to “A classic lump on Arran”