I described some time ago how I set one of our gravity meters up to make a continuous recording of gravity variations.  (The live plot of today’s gravity is here.) The main thing observed is the daily gravity tide, caused by the apparent motion of the Sun and Moon across the sky. But the gravity meter is essentially a long-period seismometer, so it also detects seismic waves arriving from earthquakes across the world.

This morning it detected seismic waves from an event that the USGS are being very coy about, but which North Korea are claiming is was their first hydrogen bomb explosion. 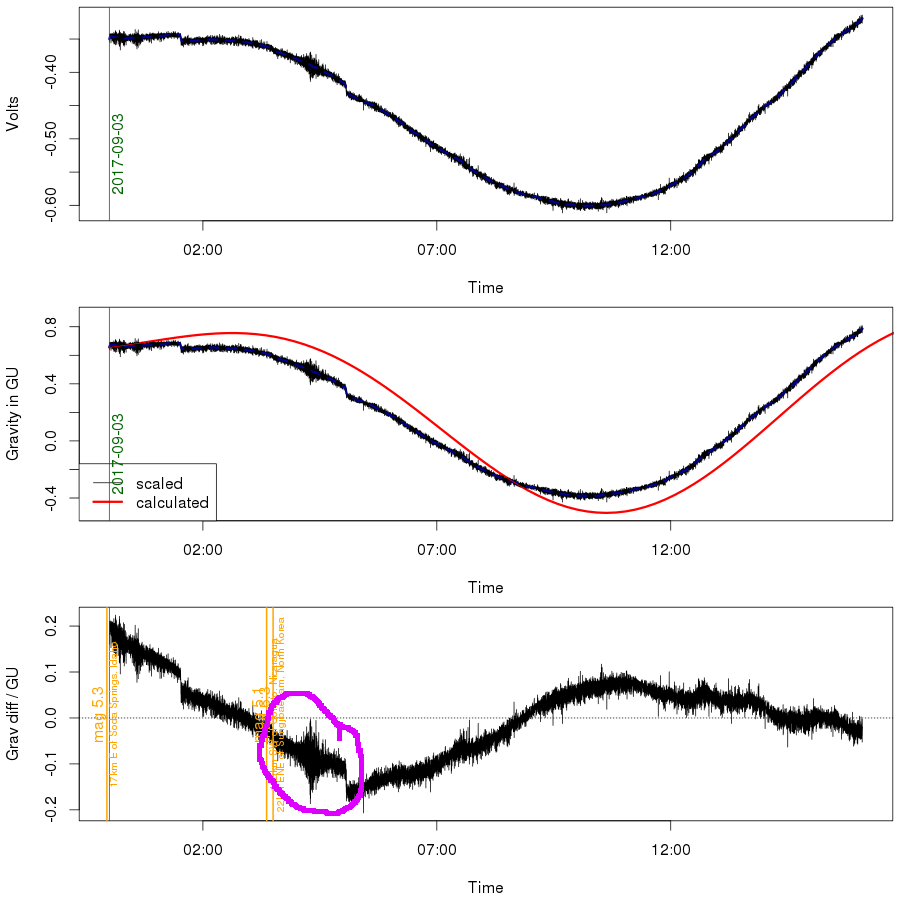 The signal is not large; a big earthquake in (say) California or even a small one in Iceland can easily produce a bigger seismic wave in Edinburgh. The signal from the explosion is easiest to see in the bottom panel in which the gravity tide has been subtracted from the original signal. I imagine that the main aftershocks from this event will be political rather than seismic.

If you have been watching the signal this week, I should point out that the large signals on Thursday and Friday were not earthquakes, they were me going into the secret gravity den and moving things around on the workbench.