This is the first chance I have had to blog since going on the meteorology field course to Arran with the third-year geophysics-and-meteorology students. And I am already on another field course (of which more later); this part of the academic year is truly chaotic. 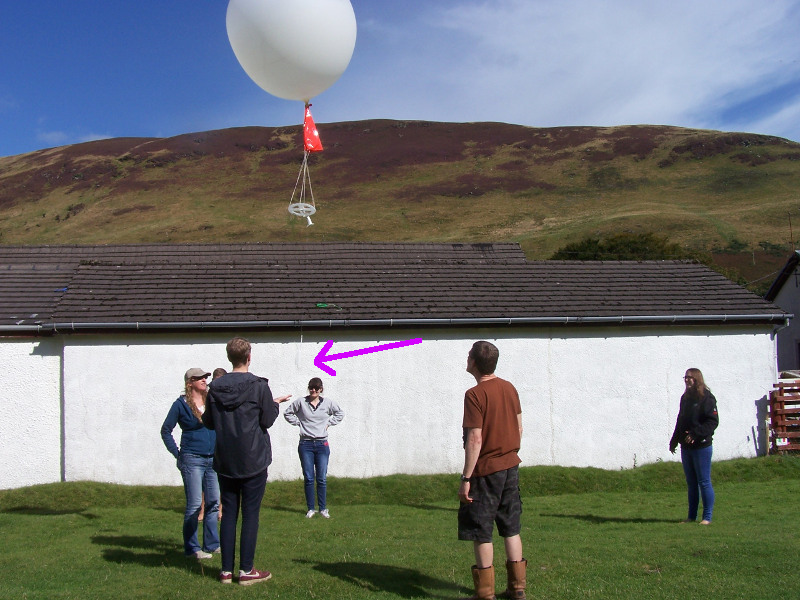 The students spend the week doing a variety of meteorological exercises. To me, the most interesting of these was the launch of radiosondes; we don’t have the gear to do this at Edinburgh, but this trip is done in collaboration with the Universities of Leeds and Reading; we are recent additions to the party. I was pleased with this picture of the radiosonde launch as I have caught it when the sonde itself is less than a metre away from the hand of the launcher. Unfortunately both the sonde and the building behind it are white, so it is rather hard too see.

A feature of this field trip is an ascent of Goat Fell to see how the weather changes with height.  This was not entirely enjoyable; we gave up before the summit as the weather was unpleasant, bordering on dangerous. The practice walk to get accustomed to the equipment the day before, however, was delightful, and included a tiny bit of geology tourism. 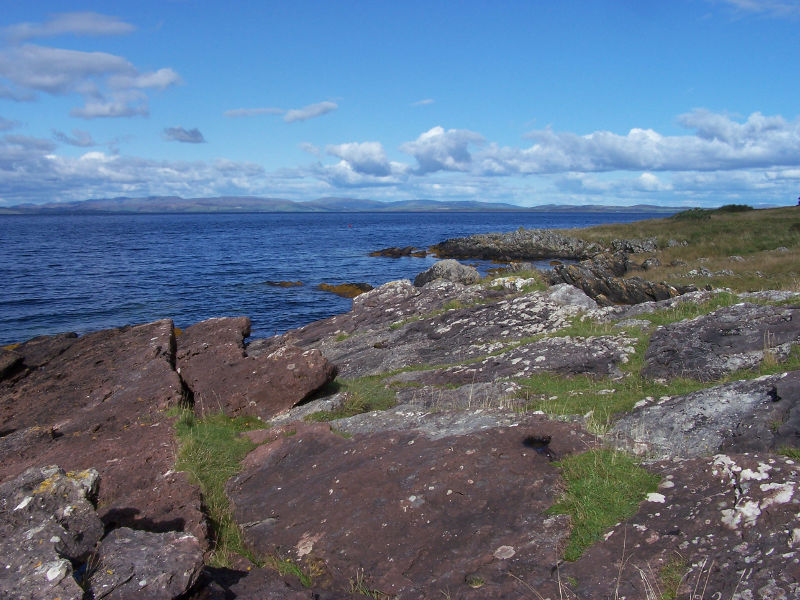 This is Hutton’s unconformity: the sandstones in the foreground, sloping down to the left, are far newer than the metamorphic rocks in the background sloping steeply down to the right. This is one of three unconformities in Scotland that are associated with James Hutton. One of the others is Siccar Point. The third is no longer accessible as a landslip has covered it up; it is somewhere near Jedburgh.

Meteorology on Arran / Hugh's Geophysical Blog by blogadmin is licensed under a Creative Commons Attribution CC BY 3.0

One Reply to “Meteorology on Arran”