Tucked away in the middle of the Penwith peninsula, Carn Brea (National Grid reference SW 386280) has all the attributes of a classic lump. (See previous posts here, here, and here.)   It is very easy to climb, provides a good view, and has some interesting things to look at. It also has the claim to fame of being the most westerly hill in Britain; you would need to define a “hill” as being very small if you were to attempt to disprove this. (Note added Dec 2020: despite what a sign on the hill says, it is not the most westerly hill in Britain: see this later post.) If you park at the National Trust carpark, the ascent is less than half a kilometre distance and 30m of ascent; you could do it in your carpet slippers.

The countryside is mostly covered in grassland or heather moorland, but the outcropping rocks on the summit remind you that, as at the Logan Rock,  you are in granite country. 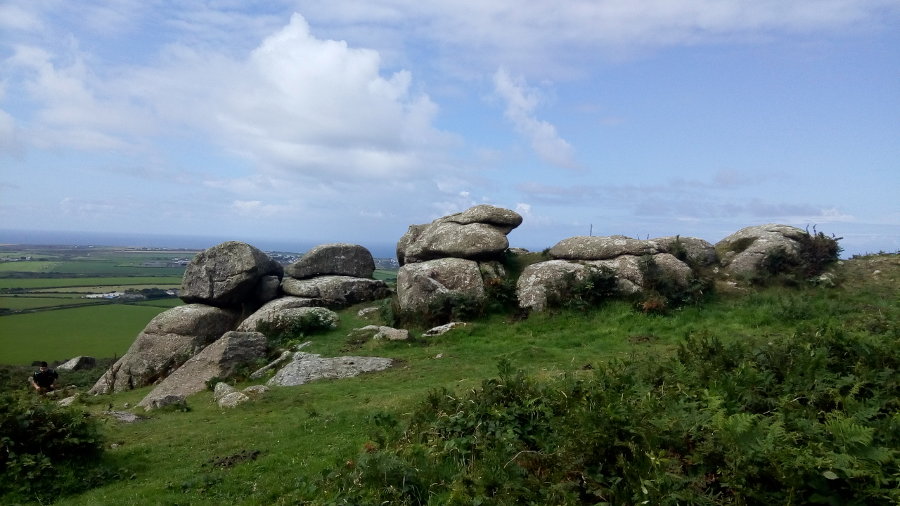 The summit also features a metal brazier for a beacon fire, the remains of a bronze-age cairn, and a view indicator which bears the phrase “Diagrammatic and not to scale”. It is not kidding, either: squinting along the lines pointing at places I could recognise made it clear that the indicator was wrong by between 5 and 20 degrees. You would think that anyone who was going to the large trouble of getting a brass plate made and fixing it to a stone pillar would go to the small extra trouble of drawing the indicator accurately and aligning it correctly with the things it was supposed to be pointing at. Nevertheless, by showing what was clockwise from what else, it allowed us to be almost sure that we had seen the Scilly Isles.

The view also includes Land’s End, and Cape Cornwall. Having looked at the view for a while, we went back to the car and headed for Cape Cornwall; it is clear from the carpark that the Cape also qualifies as a classic lump. 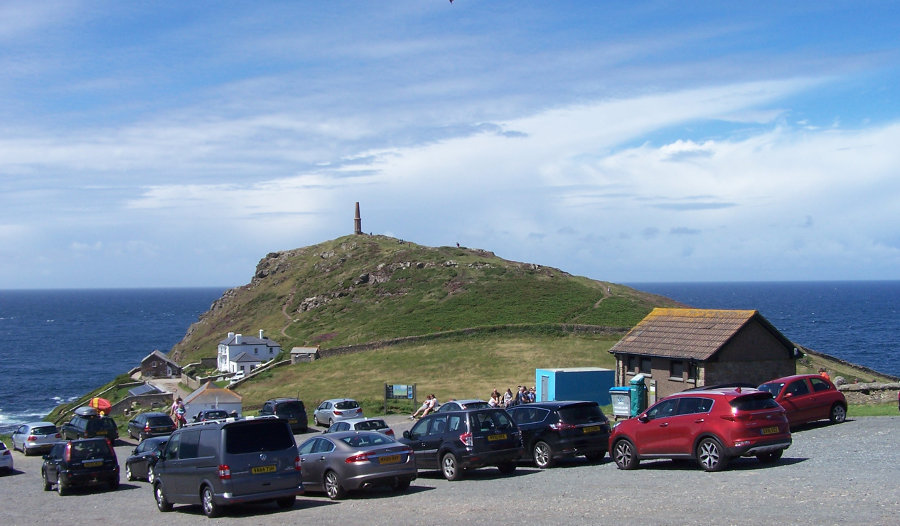 Before ascending it, we went to the little cove to the south of the cape for a picnic. It was immediately obvious that we had left the Granite and were on a different sort of rock. 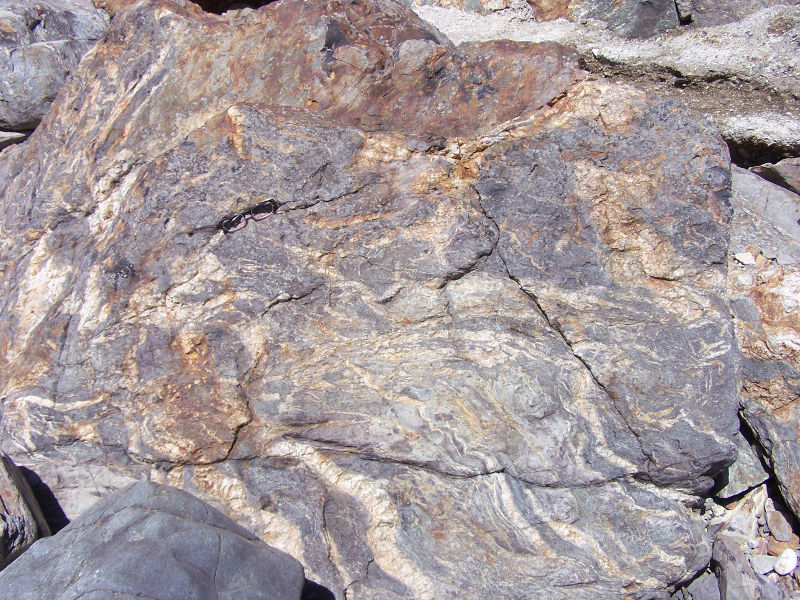 Looking at the geological map when I got home, I learned that this is the Mylor Slate Formation and that it is Devonian sediments which have been metamorphosed by the heat from the intrusion of the granite. Some of the boulders on the beach were granite, so I surmised that the contact between the two formations could not be far away. 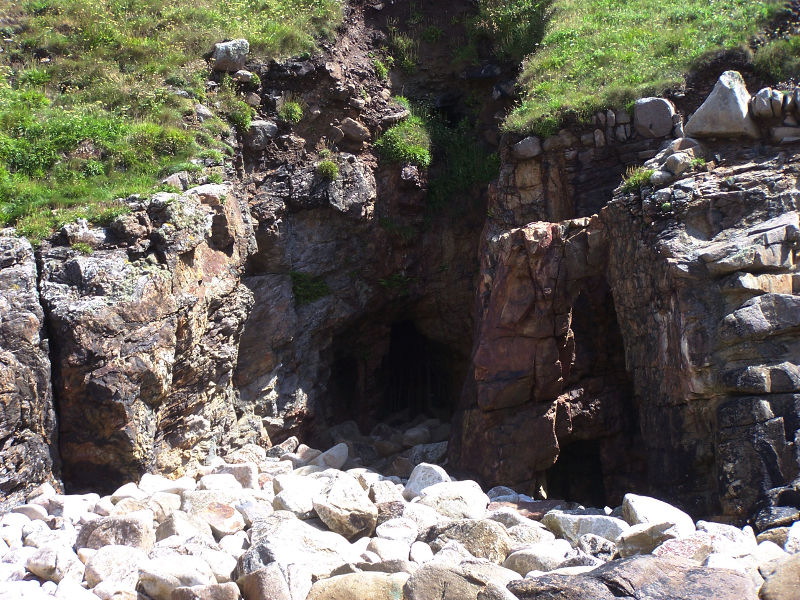 The contact turns out to be at the sea cave in the centre of this photo; the Mylor Slates are on the left, the granite on the right. Presumably, the rocks near the contact are weaker, allowing the sea to erode them to form the cave.

Returning to the cape itself, the ascent is, again, not a navigational challenge. There is a path that leads straight to the summit, from where there are splendid views along the coast.

The chimney on the summit was originally part of a tin mine, and more mine ruins can be seen a short distance along the coast. So, by visiting the cape we have actually ticked off another UNESCO world heritage site: the Cornwall and west Devon mining landscape.

One Reply to “Cornish classic lumps”