After visiting the Dorset and East Devon coast on our holiday, we headed even further west, to the Penwith peninsula at the far end of Cornwall. The peninsula is almost entirely made of granite, part of a huge intrusion that outcrops on Dartmoor, Bodmin Moor and a few other places. We got a good look at the granite at a place called the Logan Rock, near the village of Treen. 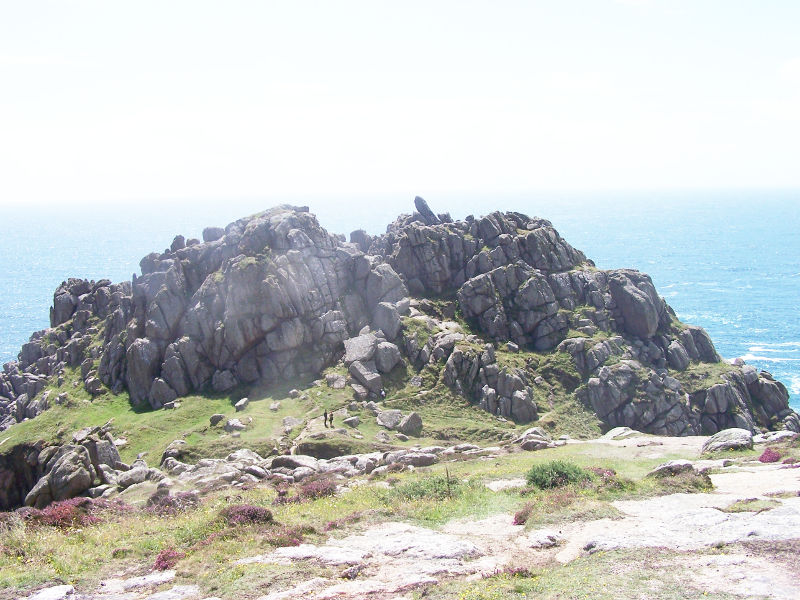 The rocky peninsula shows typical granite weathering, with the rock being eroded along joints in several directions, leaving it as large blocks. The Logan Rock itself is a block that used to rock from side to side at the slightest touch, until someone pushed it off its perch. He was very unpopular and was forced to get it put back, but it did not rock so well after that. As a result, it is rather hard to tell which of the blocks is the actual Logan Rock. 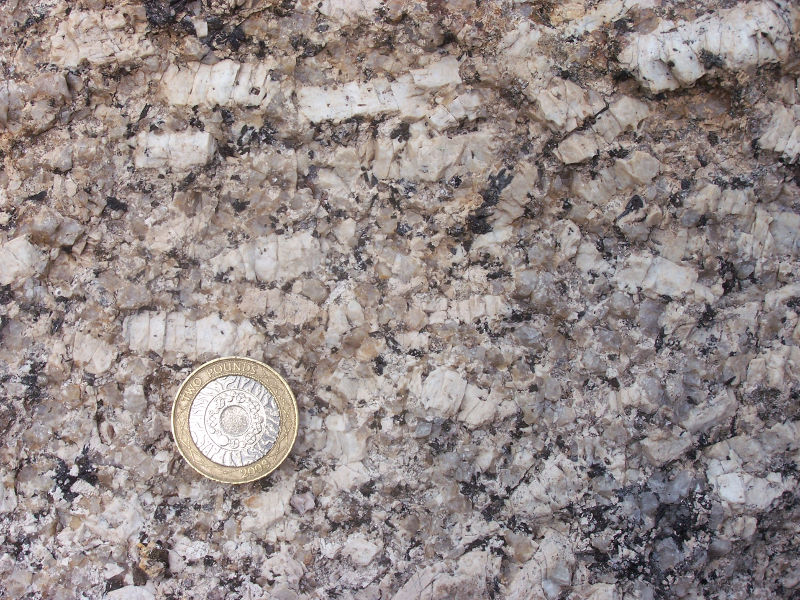 The headland is a good place to get a look at the granite itself. It contains rather large feldspar crystals (the UK £2 coin is 28mm across). There are places on the headland where there are thin mineral veins cutting across the granite. (The scale item this time is a AA battery.) 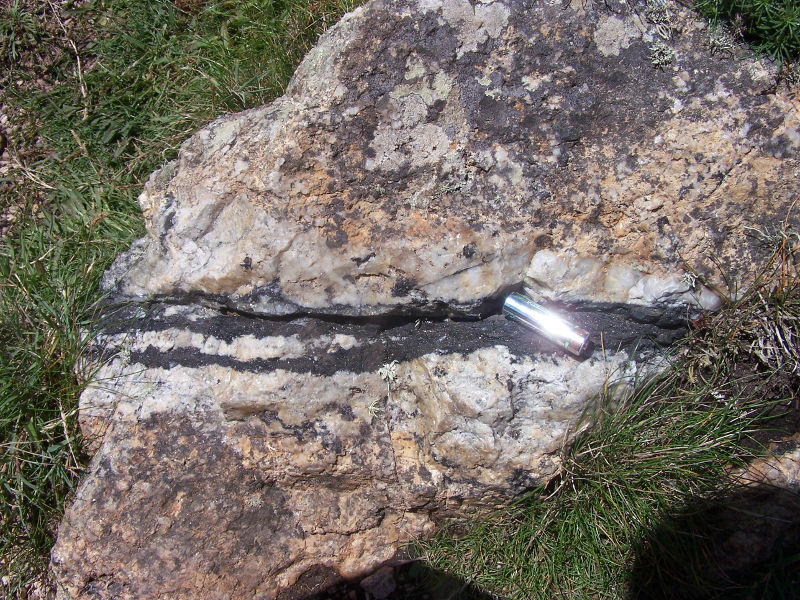 I was not sure what the black mineral in the centre of the vein was, although I was pretty sure it was not tin ore; that much tin ore that near the surface would have been dug out by somebody long before now. I picked up a loose specimen with some of (probably) the same black mineral in it and was instantly accused of acquiring a pet rock. My riposte was that, as it came from Cornwall I would call it Trelawny. (You have to remember the 1970s and listen to classical music radio for this feeble joke to make sense.)

The reason that I picked out this specimen is that I could see a little of the growth habit of the black mineral. 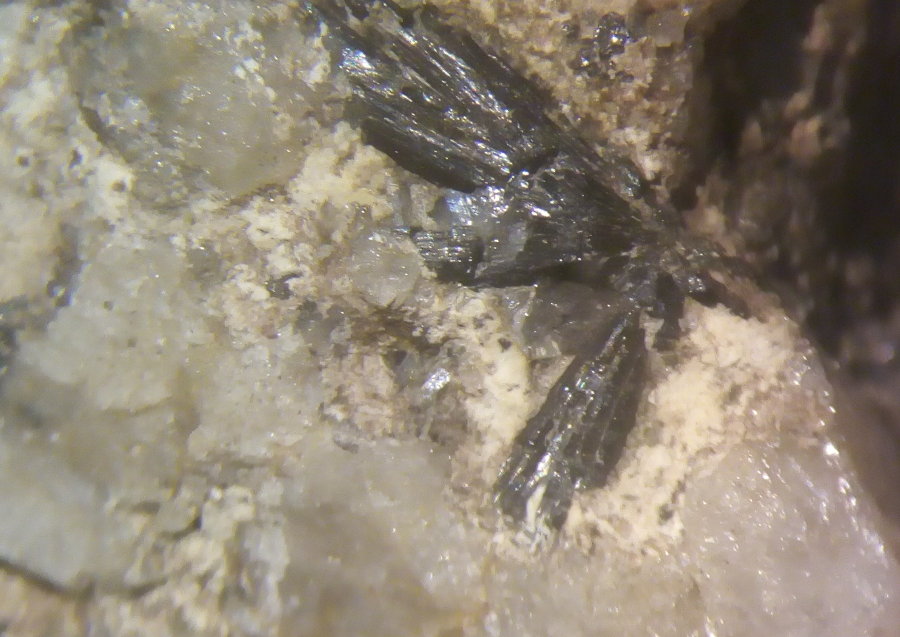 The part of the specimen shown in the picture is about 11mm across vertically. My best guess as to the mineral’s identity is a black variant of Tourmaline called Schorl. The mystery mineral is certainly quite hard; I could not scratch it with a pen-knife. Tourmaline has a hardness of 7 on Mohs’ scale, the same as quartz. My penknife would not scratch the quartz crystals in the granite either.

Cornish Granite / Hugh's Geophysical Blog by blogadmin is licensed under a Creative Commons Attribution CC BY 3.0

One Reply to “Cornish Granite”