I’m back home from my summer holidays: a road trip to the far south west of England. One of my wife’s hobbies is collecting UNESCO world heritage sites; the trip was an opportunity to visit the only such site in mainland Great Britain which is listed for its natural attributes rather than its man-made ones. The site’s official name is “Dorset and East Devon Coast” and it covers 155km of coast, so it is a bit hard to visit every part of it. (We are not over-fussy about this, more than one of the sites we have visited are spread across several countries and we have only visited one part.) So we picked one of the most famous parts of the coast: Lulworth cove and Durdle door. 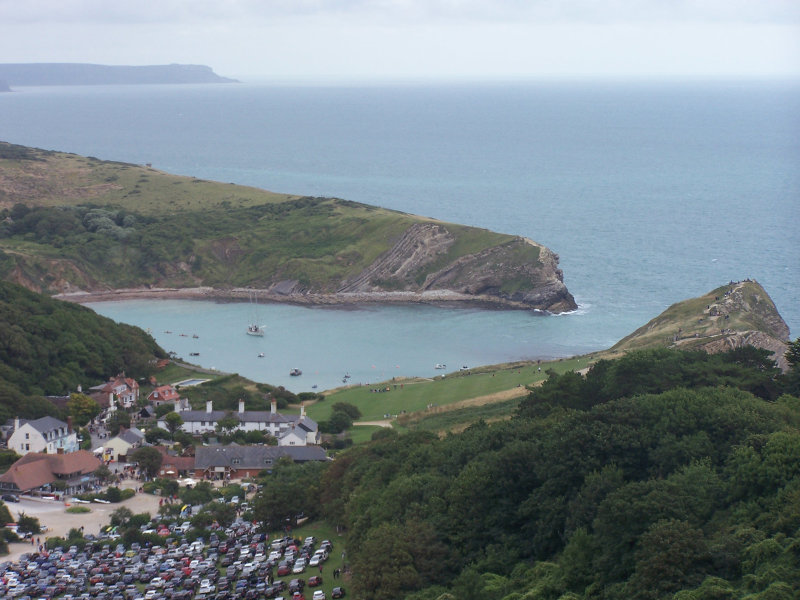 Lulworth cove appears in many physical geography books as an example of how a cove, or natural harbour, forms when there is a line of hard rocks along the coast, with softer rocks behind them. Once the sea has breached the line of hard rocks, the softer ones behind are eroded away quickly.

In addition to the geomorphology of the thing, the rocks themselves are interesting because the cove allows you to inspect some rock formations which cover large areas of southern England, all in one place. The hard line of rocks along the coast are limestones: the Portland Stone Formation and the Lulworth Formation, followed by the interbedded limestones and mudstones of the Durlston Formation; this is the stripy-looking rock visible on the far headland. There are several layers of soft rocks before one gets to the chalk which forms the back of the cove. The last of these layers is called the Upper Greensand Formation. The contact between the Greensand (G on the picture below) and the chalk (C) is clearly visible. As an amateur who had only ever seen the Greensand on maps, I was delighted to find that it really is green. 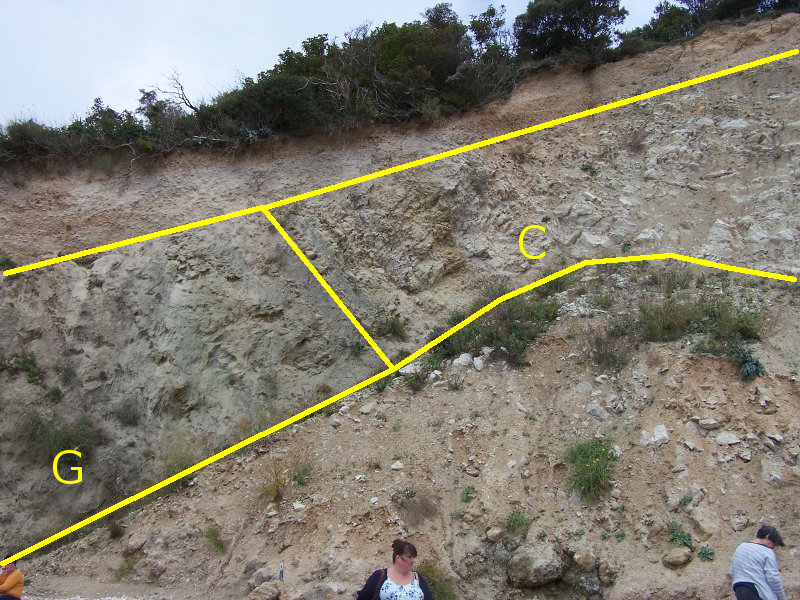 It is only a 2km walk west along the coast (on a very well-maintained path)  from Lulworth to another famous geological landmark. Durdle Door appears in many books as the classic example of a natural arch, and you can see why. 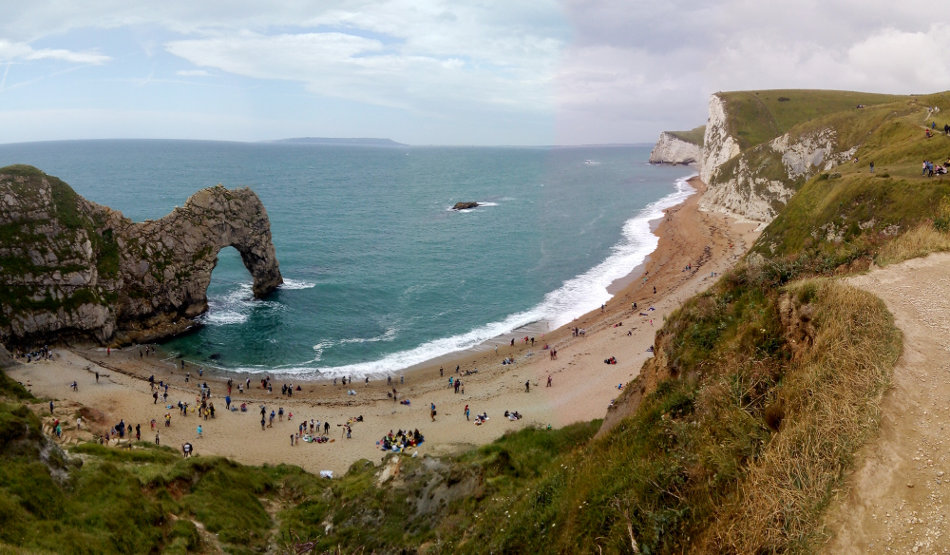 The arch itself is in the Portland Stone Formation; the grey limestone is in clear contrast to the white chalk cliffs in the distance.

This little bit of coast is well worth a visit if you are in the area. You can see from the pictures how popular it is; on a Sunday in the summer holidays, both the beaches and the carpark were very busy. I think that it was the busiest place we visited on the entire holiday.

A place in the textbooks / Hugh's Geophysical Blog by blogadmin is licensed under a Creative Commons Attribution CC BY 3.0