As in previous years, I judge how warm 2016 was by whether the grapes on my grape vine have bothered to ripen. Right now is the time to check, as we are well into November, and have had the first serious frosts. At least some of the grapes had ripened when I took this picture a week or two ago. 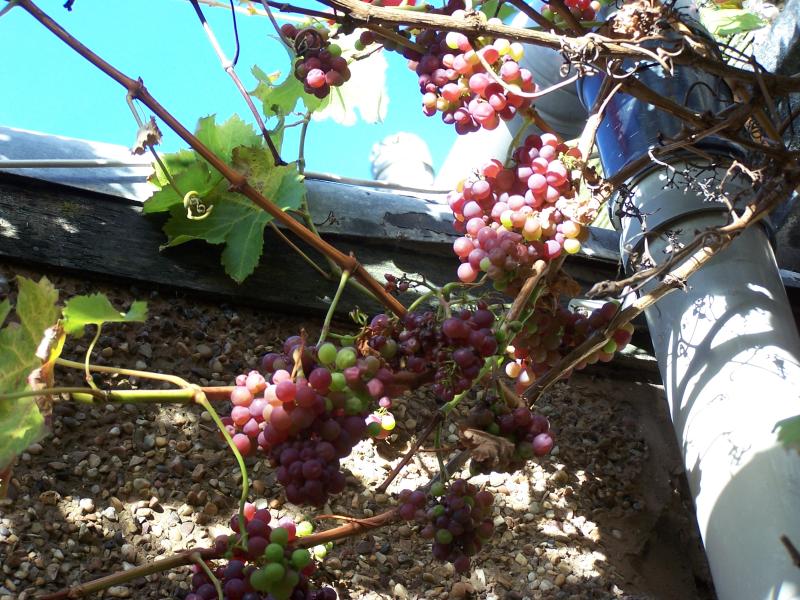 These bunches near the drain from the upstairs bathroom went first, and the bunches elsewhere on the vine started to turn before the frost came. So it must have been a better year than 2015 and 2012, but not as good as 2014, and probably not that different from 2013. It has actually been a second good year in a row for apples, but as I have noted before, this has less to do with the temperature than with whether the birds eat all of the flower buds. And, at long last, I got some Victoria plums. It has been a good number of years before I got more than a handful. Time to brace myself for the winter and look forward to next year.

A good year? / Hugh's Geophysical Blog by blogadmin is licensed under a Creative Commons Attribution CC BY 3.0