For various reasons, I have had to miss out on this year’s residential field trips. I made up for it a bit by volunteering to demonstrate on the first year geology trip to Arthur’s seat — geology right on our doorstep. Particularly so for students living in Pollock Halls, Edinburgh’s biggest concentration of student accommodation, which has Arthur’s seat as its back garden.

Nearly everyone in Edinburgh has been to the summit of Arthur’s seat, as we do on the meteorology walk in innovative learning week. The geology trip, however, eschews the summit and visits four other locations. The group I was with started with the spectacular columnar basalt, Samson’s ribs. 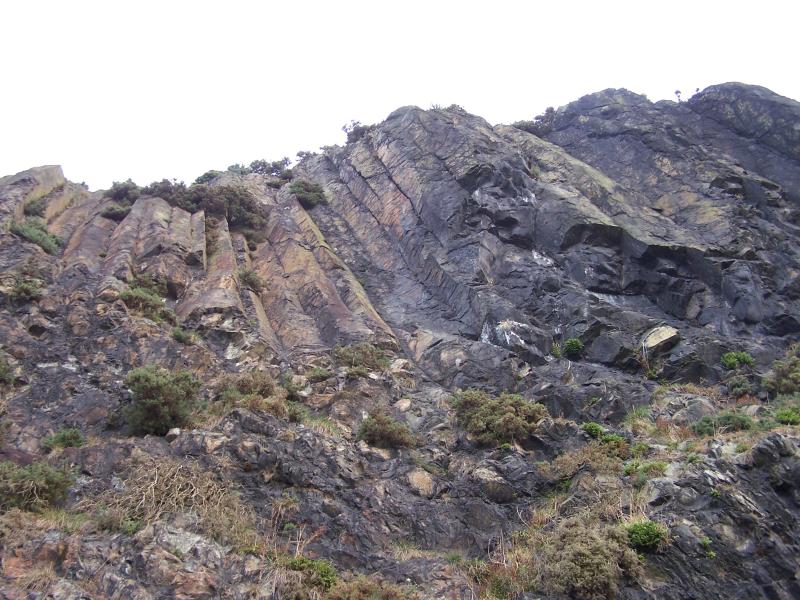 There is no scale on the picture because I am looking up, but we estimated that the whole outcrop is at least 30m tall — a lot bigger than the ones I saw about this time last year. Visiting the outcrop with a group of students requires some care as it is right next to a busy road.

We climbed from Samson’s ribs to a spot on Queen’s drive, the one-way drive that circles the mountain. The road was closed to traffic, allowing us to inspect an outcrop of vent agglomerate without worrying about the cars. 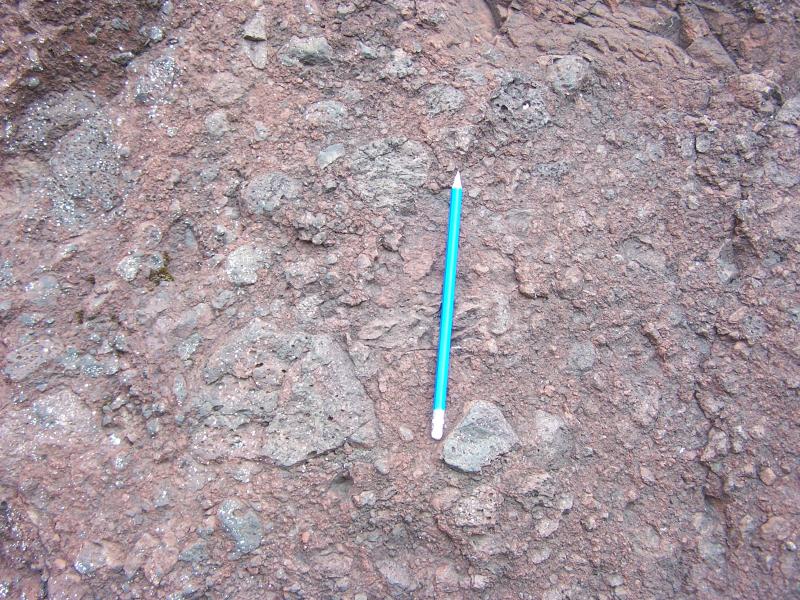 The agglomerate is an unsorted jumble of lava blocks of all sizes up to about 30cm; the bigger ones are full of gas bubbles. From Queen’s drive we took a long walk down Hunter’s Bog, ending up at the ruin of St. Anthony’s chapel. 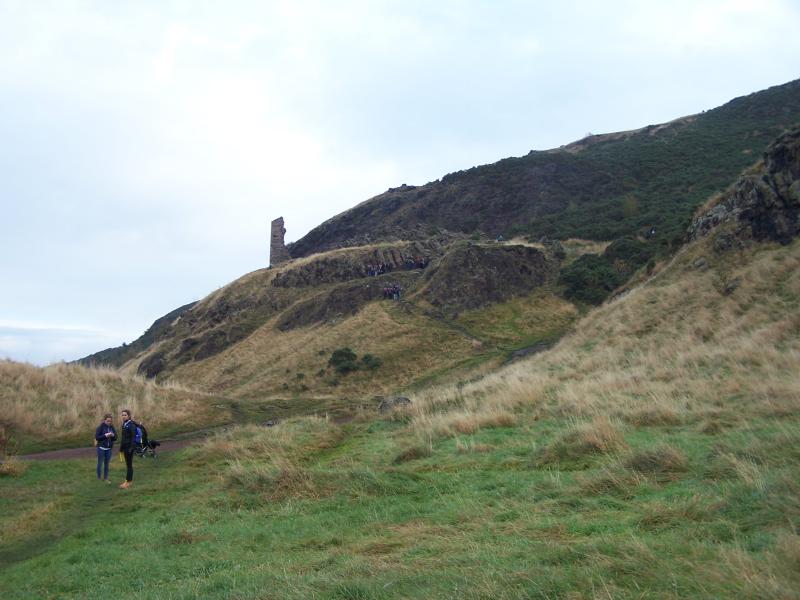 We weren’t there to look at the archaeology, but to look at where the lava flow that the chapel sits on has flowed over a layer of volcanic ash. 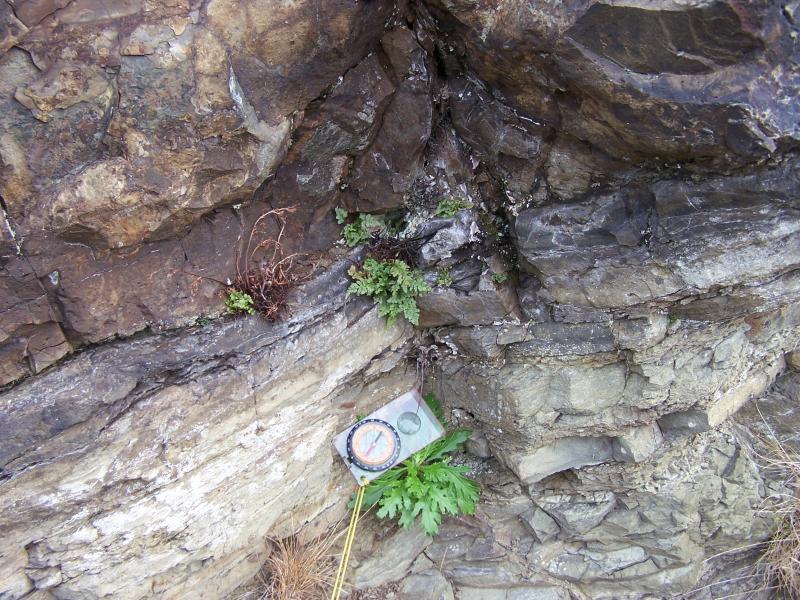 The contrast is striking: the lava is hard; the few fresh surfaces suggest that it is smooth, black and shiny inside. The ash is very soft and friable. 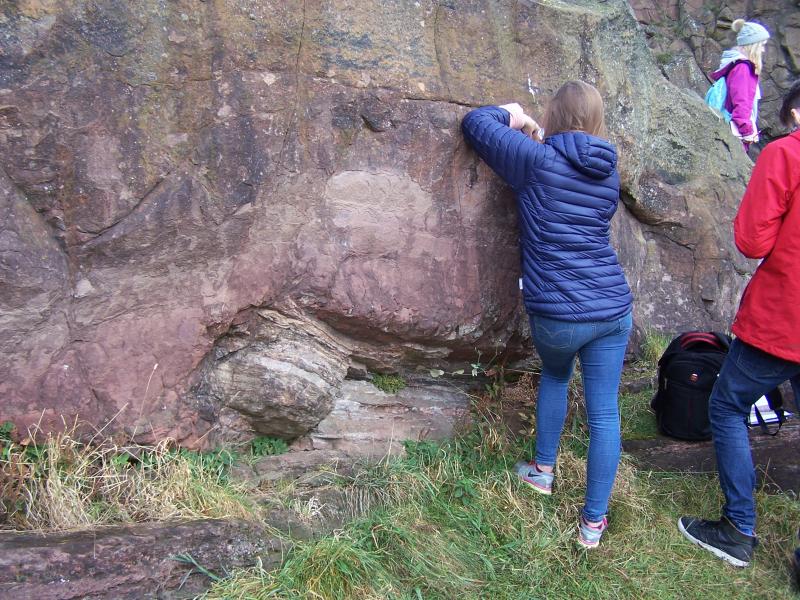 We finished up (after a somewhat strenuous climb up Radical Road) at Hutton’s famous section, at the South end of Salisbury Crags. The crags are a large sill, intruded between layers of sedimentary rock, after the volcano itself had ceased erupting. At this spot you can see the contact between the sill and the sedimentary rock, including a block of the sediment which has been broken off by the lava as it passed.

An interesting morning. And it hardly rained at at all!

Geology on the doorstep / Hugh's Geophysical Blog by blogadmin is licensed under a Creative Commons Attribution CC BY 3.0