We are coming to the end of the semester, which means that we have done the pilot balloon experiment again (see previous posts here and here). The weather was splendid on the Monday … 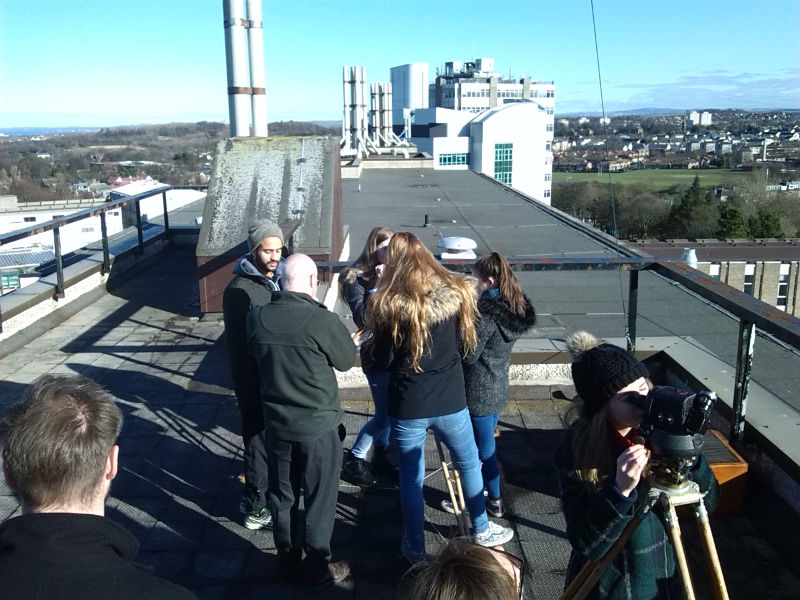 and not that bad on the other two days.

This is Thursday’s balloons, all ready for the off. 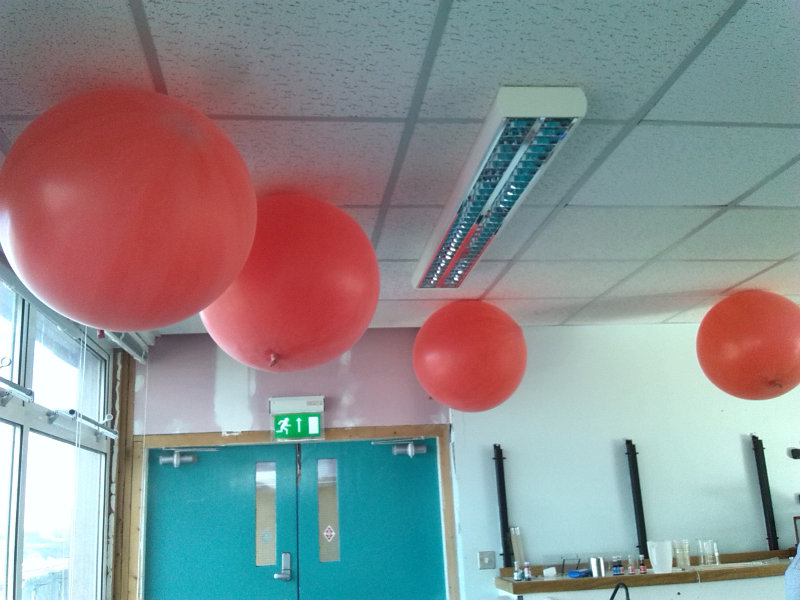 I never get a photo of the balloon in flight; this is because the few minutes after the launch are far too busy and chaotic to take photographs. The students who are attempting to operate the theodolites keep losing sight of the balloon and the teaching staff (who can hopefully still see it with the naked eye) have to keep re-locating it for them. After the first few minutes everything calms down (and the balloon is probably too far away to see with the naked eye), so any photos of the experiment in progress tend to be of this later phase.

This year’s balloons went off in a variety of directions. 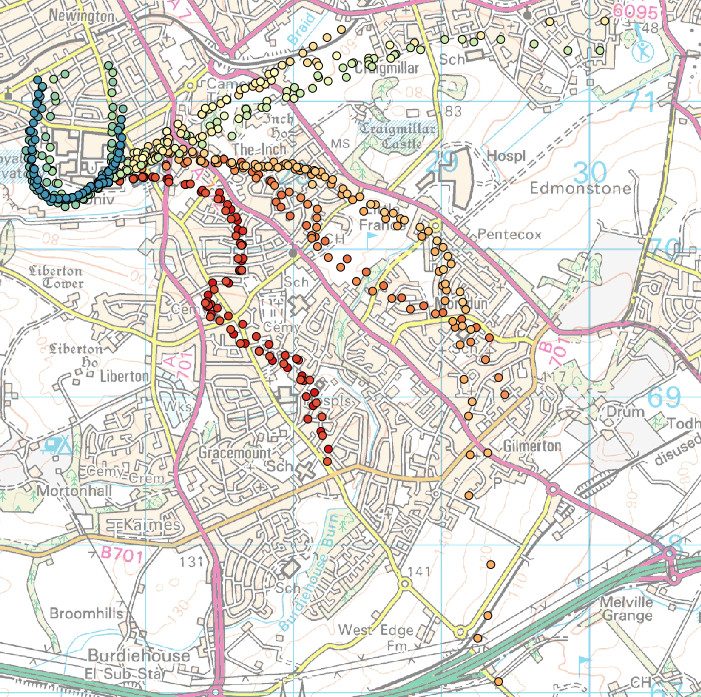 Monday’s (and Tuesdays) balloons  went off to the East (and Northeast), turning clockwise to head South (and East), just like it says in the textbooks. The first balloon on Monday (dark red points) took an oddly wiggly path; any explanation of that involves a considerable amount of hand-waving. Thursday’s balloons (blue) were the hardest to track: some of them went almost vertically upwards for a couple of minutes before heading away to the North.

I think it would be extremely hard to get a photograph of what the balloon looks like through the theodolite. However, I was entertained to discover (prompted by my little brother’s experiments)  that the aperture on a smartphone camera is small enough that you can take a photograph through the eyepiece. 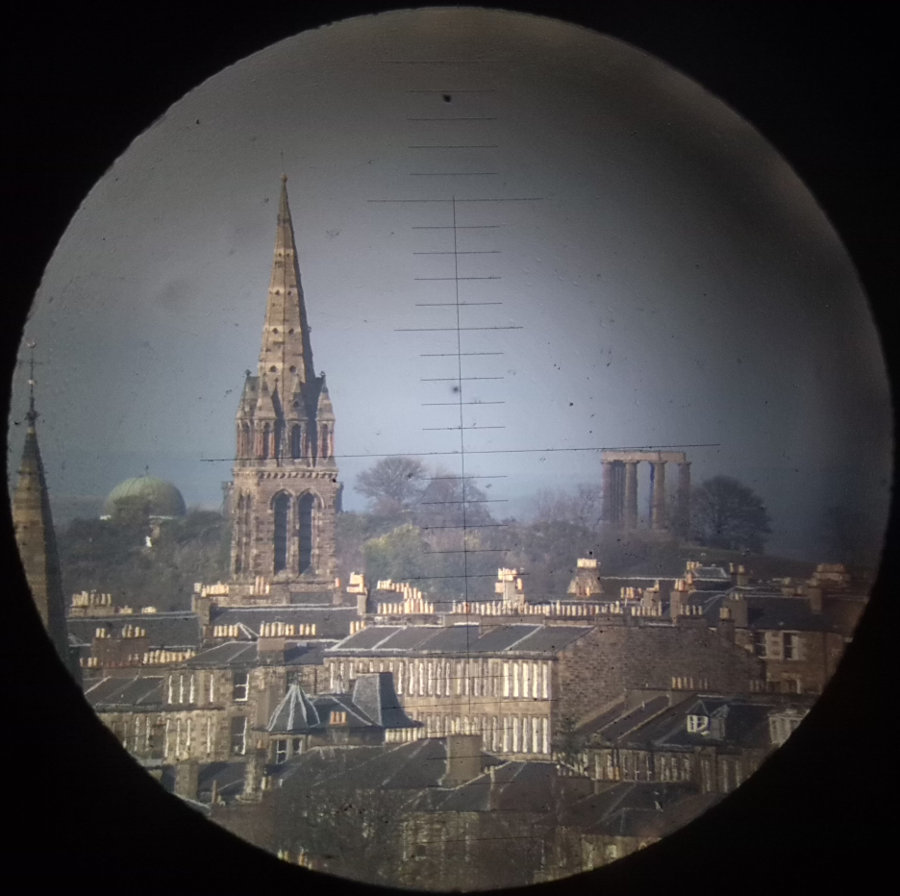 This view of Calton Hill in the distance is what the student might see as they are being shown how the instrument works, before the balloon is launched. (Actually, when they see it, it is upside down, which always surprises them.)

Up on the roof / Hugh's Geophysical Blog by blogadmin is licensed under a Creative Commons Attribution CC BY 3.0